After lunch on Tuesday 29 April 2014 I was at work reading the newsgroup nf.birds and I noticed this paragraph at the end of Ed Hayden's post.


At Torbay Beach, at noon, in addition to the Kittiwakes, Ring-billeds, Herrings, Black Guillemots and Red-breasted Mergansers, a small bird the size and shape of a Red Phalarope was feeding from the ocean surface. It had a very obvious salmon-pink head, breast and belly, with slightly dark markings on the side of the head. It has white undertail coverts, gray mantle, dark underwings and a dark beak thicker than a Red-necked Phalarope, though I couldn't detect a pale base. It flies around a bit and hovers occasionally over the waves. I couldn't find an image to fit the colour in my references, but the closest I could come to it as a guess is a Red Phalarope, so it could be a moulting Red. Still there at noon when I left.
Ed

I responded with this

ED!  That little pink bird with gray under wings couldn't be a small gull could it !!!!!?

I think I am going to have to leave work right now to go check that out!!

And then I left work.
I alerted Ken Knowles about the possibility of his life long most wanted bird being at Torbay beach close to where he lives. Together we looked and scanned. For twenty minutes nothing, nothing nothing. We were about to try other areas when way off in the distance (500+ m) I saw a pink body and dark gray under wings. The rest is history. Everyone got to see the bird though pretty distant from the beach it was possible to get closer out on the point by cutting through some woods off Motion Lane. 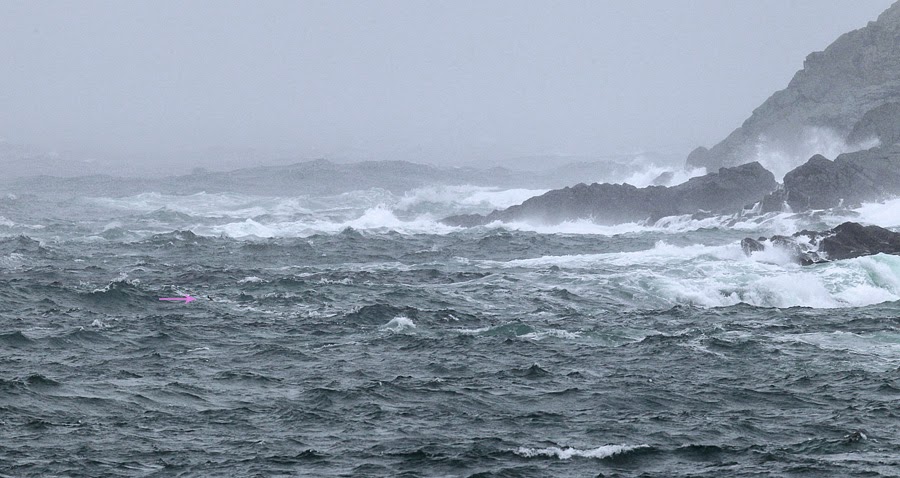 The scene from the beach in Torbay. This shot with a 600 mm lens. I couldn't even see the bird through the lens. 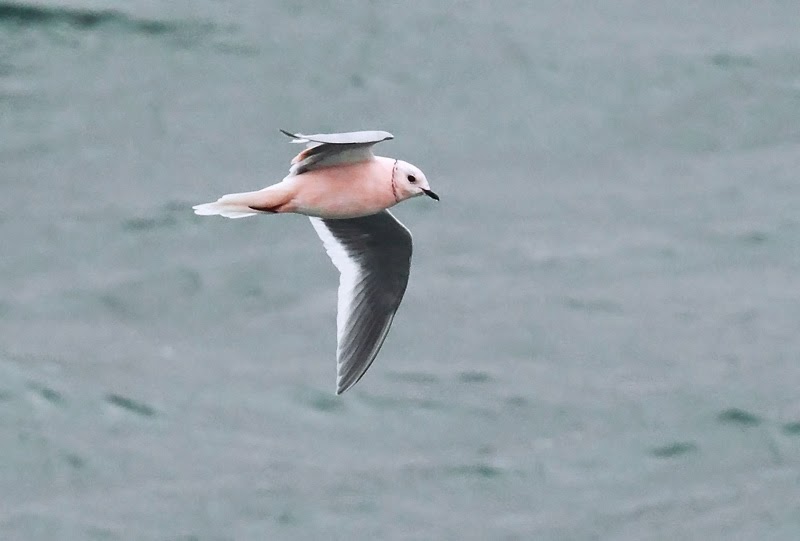 The Ross's Gull from the point. Lots more photos to go through yet. Watch this space. 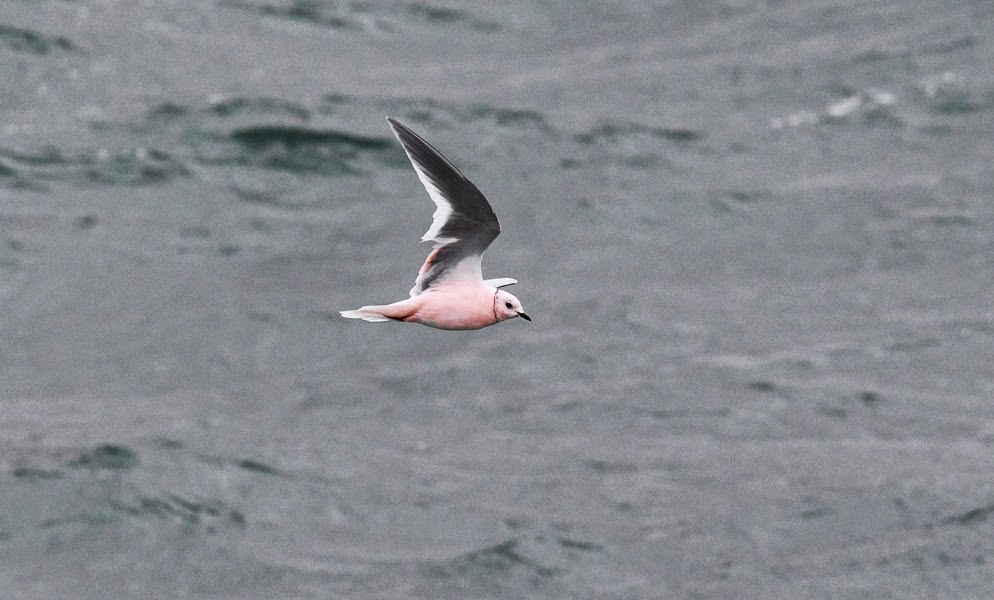 This was the first Ross's Gull in Newfoundland since 1991. There were about ten records between 1976 and 1991.  I can never decide which is my favourite bird, Ross's Gull, Ivory Gull or Gyrfalcon.  I guess it all depends on which one I am looking at at the time. Whatever, as Ken pointed out yesterday as we were walking back to the car with brains full of pristine Ross's Gull images 'this sure makes all these Icelandic strays seem insignificant'.   He was right. Nothing leaves you with that glow the morning after like seeing one the world's Ultimate Birds.

As I type at 10 am the day after I hear the bird is back.  How can I sit at this office desk while that bird is out there feeding away in the surf.  I feel an early lunch starting about NOW!

Posted by Bruce Mactavish at 05:34