Just saying the name Baird's Sandpiper in Newfoundland creates a fog of ID mystery. This is partly because of the limitations of Field Guides and the difficulty in capturing the true nature of a Baird's Sandpiper with a photograph.

The ID problem starts when you live in Newfoundland where Baird's Sandpiper is a rarity with 1-5 per year but Semipalmated and White-rumped Sandpipers are common. The Field Guides advertise the scaly back pattern of the Baird's Sandpiper is typically the center-focus of identification. However, numerous juvenile Semipalmated and White-rumped Sandpiper migrating through Newfoundland and Labrador also have "scaly backs". 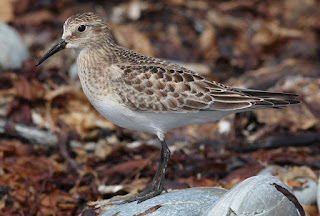 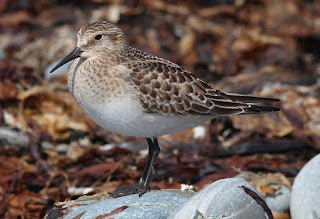 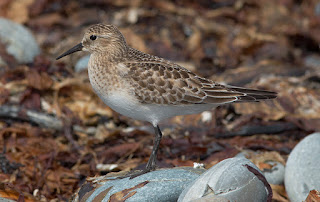 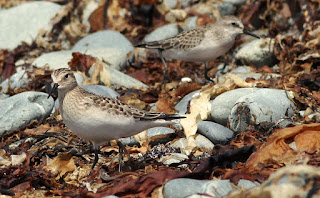 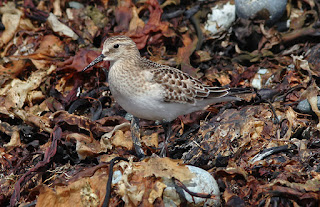 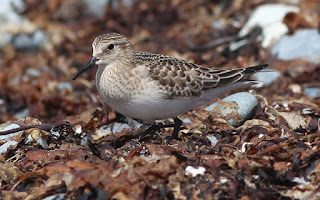 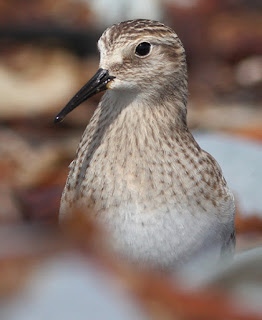 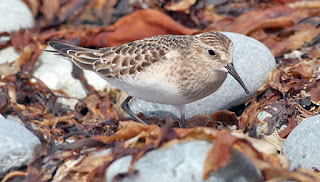 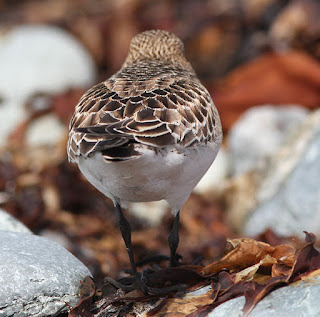 Semipalmated Sandpiper (the two photos below) on the same beach for comparison. 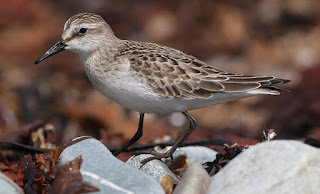 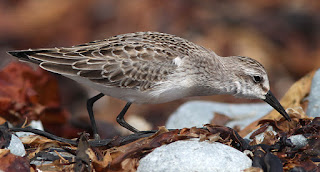 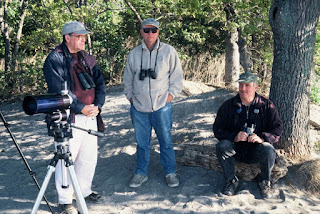 It is with great anticipation that Newfoundland birders enter into September.  It is open season on hunting for southern warblers. The prevailing southwest winds of summer carry on into September providing the air express delivery of misguided southern warblers. We've learned over the years that the alder beds along the coast provide the best yields.  The insect life within the alder beds including the herbaceous undergrowth thrives providing good fueling for hungry vagrant warblers as well as Newfoundland warblers stocking up and getting ready to fly south. Some like the Blackpoll going non-stop to the Caribbean and even South America

It requires work to get the warblers in view.  Everyone has their methods.  I prefer to get inside the alders,on my knees, underneath the 'canopy',  I pish and make chip notes with an Audubon squeaker. The birds have to come close to investigate the source of the curious noises.  The views are intimate. When it is a southern rarity, like the Blue-winged Warbler in the header, taken on 15 Sept 2007 on Bear Cove Pt road, the thrill is intense.  Had I been inside the alders instead of standing on the road when I pished out a Hooded Warbler yesterday on the Cape Spear road I probably would have had more satisfying looks and quite possibly point blank photos.

Using a Canon 300mm f4 lens without a converter allows one to focus down to 8 feet under the alders and use large f-strops like f10 or more to get a surround body focus with enough shutter speed more or less. Lots of out of focus shots but the in focus shot can be magical. When the bird is large in the image you can get away with using higher ISOs to help combat the low light levels under the alders.

I have been under the alders during the last week practicing on common warblers while waiting for that next southern warbler gem.  See below. 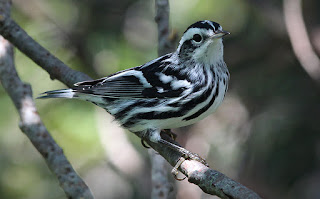 The Black-and-white warbler is totally fearless under the alders and readily approaches within arms reach. 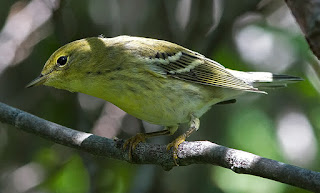 Blackpoll Warblers, while curious and one of the truly abundant Avalon Peninsula species, they are very active and a little shy making them more of a challenge to photograph at close range. 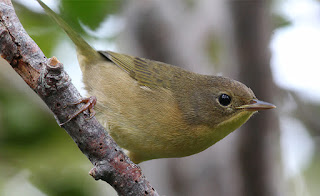 Common Yellowthroats are like tame squirrels under the alders. You could probably hand feed them if you had a handful of caterpillars to offer them. 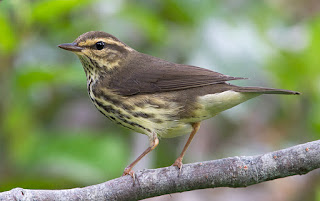 The Northern Waterthrush is noisy and willing to approach closely but ready to retreat if you move too much. 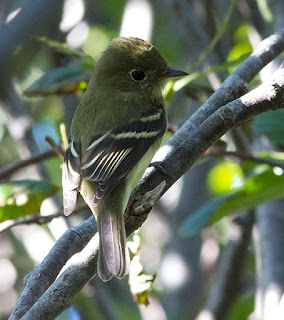 Bonus encounters under the alders include the Yellow-bellied Flycatcher.  It is only mildly attracted to pishing. It never comes real close but sometimes you get a lucky shot through the alder branches. 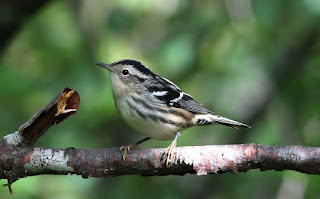 Yes, the Black-and-white Warbler again, the easiest bird to photograph under the alders. Will the next Cerulean Warbler or Golden-winged or Kentucky be so easy???
Posted by Bruce Mactavish at 18:05 3 comments: