The myth that Newfoundland American Robins are black-backed is not true or is at least an exaggeration.  They are far from being all black-backed. Some show black from the head blending into a black upper back and there seems to be a overall darker trend in Newfoundland robins compared to most of the rest of northeast North America. 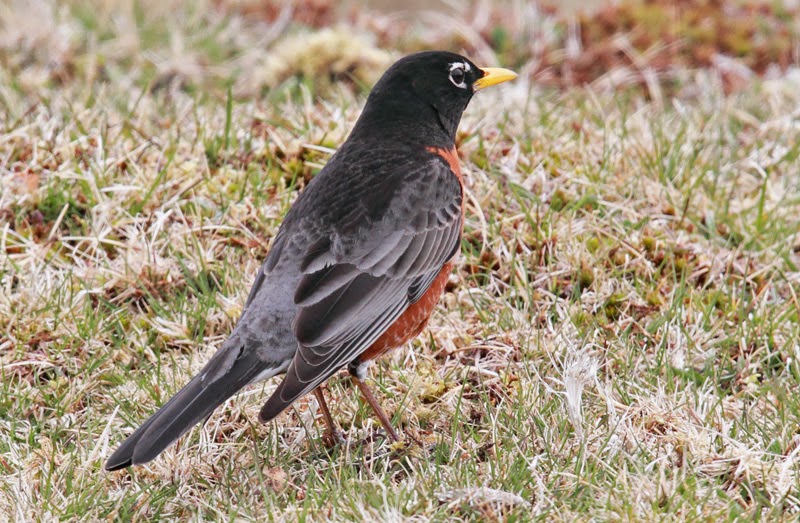 This is about as black-backed as a Newfoundland American Robin will get. Note the black solidly merging between the head and and upper back. Individuals like this are uncommon but readily found if you look hard enough on any given day. Photo 28 April 2012 Renews, Avalon Peninsula, Newfoundland. 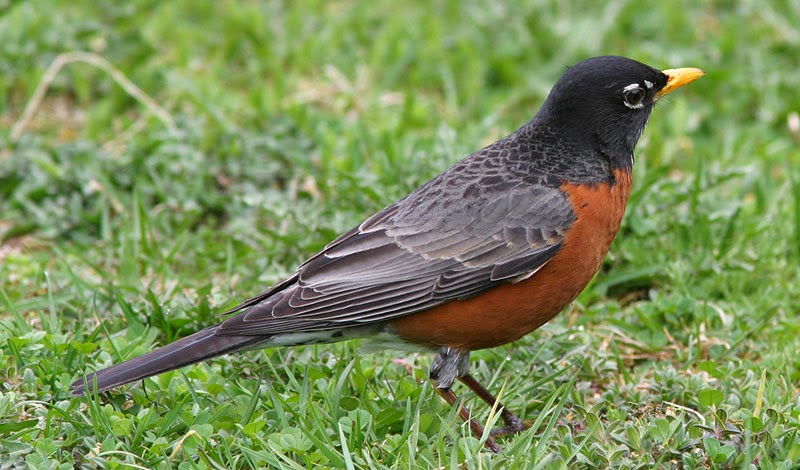 Individuals like this where there is not a sharp division between the black of the head and upper back are common. Photo 8 May 2006 St. John's, Newfoundland.

Today, 19 April 2014, birding was slow so I got down to taking pictures of robins feeding in the farm fields of The Goulds on the outskirts of St. John's. I concentrated on a flock of six and another flock of eight robins in separate fields. In general these birds seemed on the paler end of the spectrum for Newfoundland robins. Because they were feeding within a flock without fighting I wondered if they might be mostly females that just arrived over night. Robin migration has been going on for only two weeks. 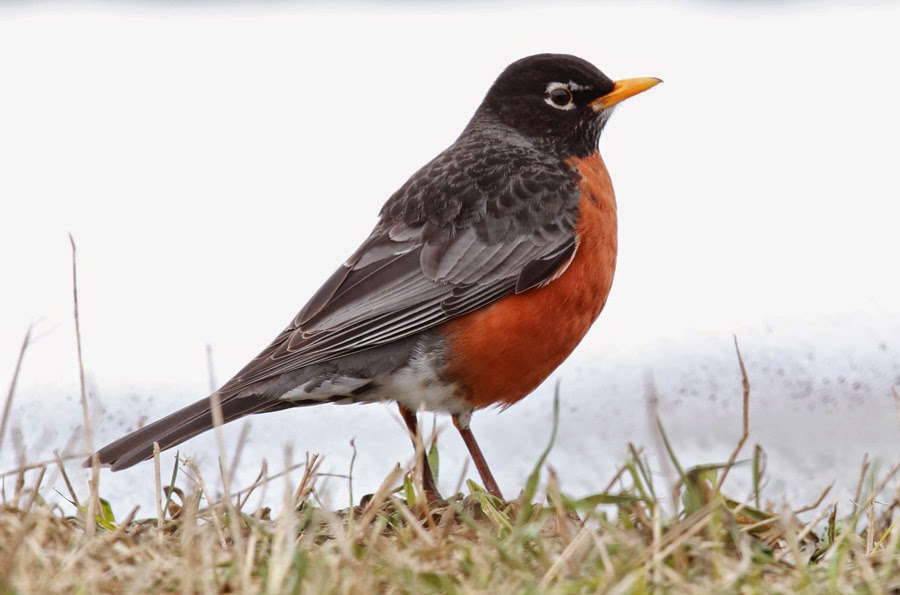 This was the darkest of the robins in the two flocks on 19 April.  There was a soft demarcation between the dark head and back but the scapular and mantle feather were all blackish centred. 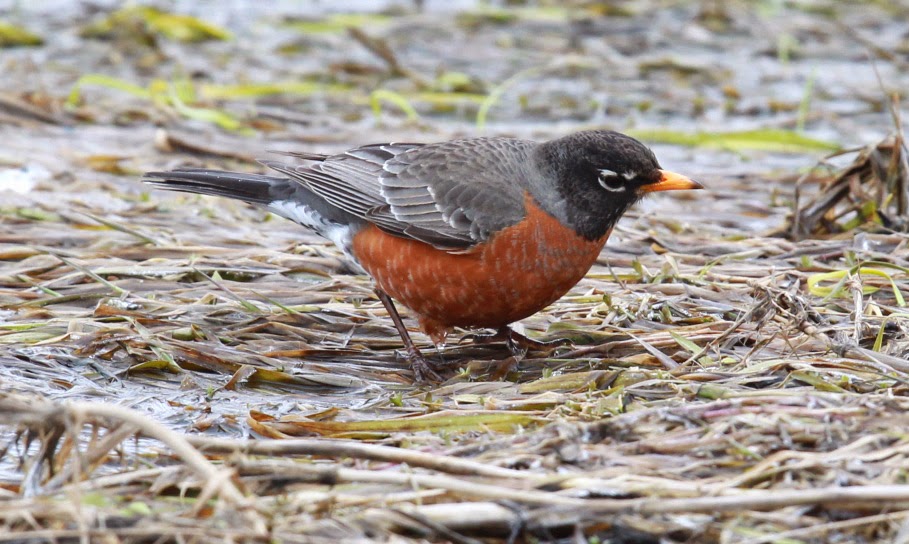 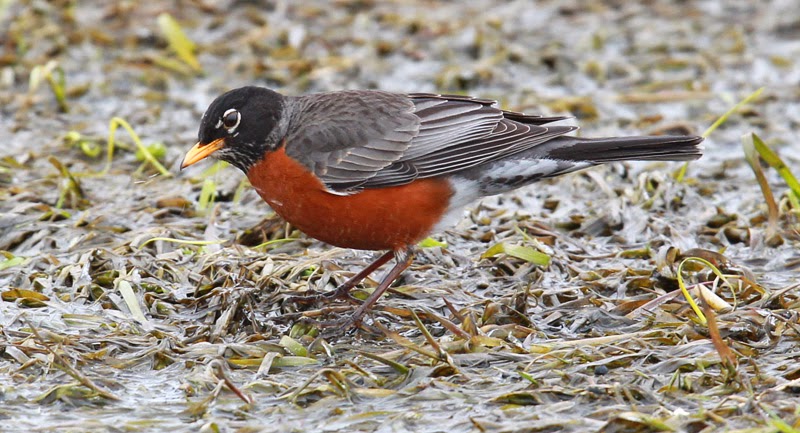 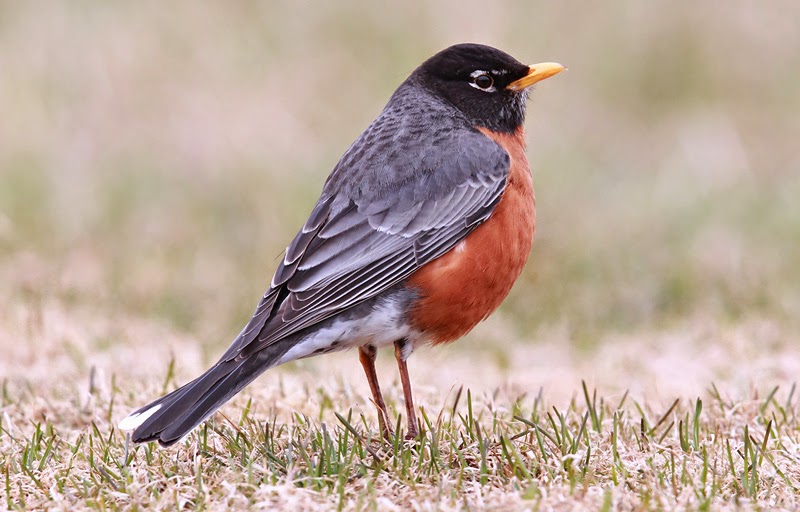 The above three birds exhibit a distinct demarcation between the black head and gray back but also show black centres to scapular and mantle feathers. 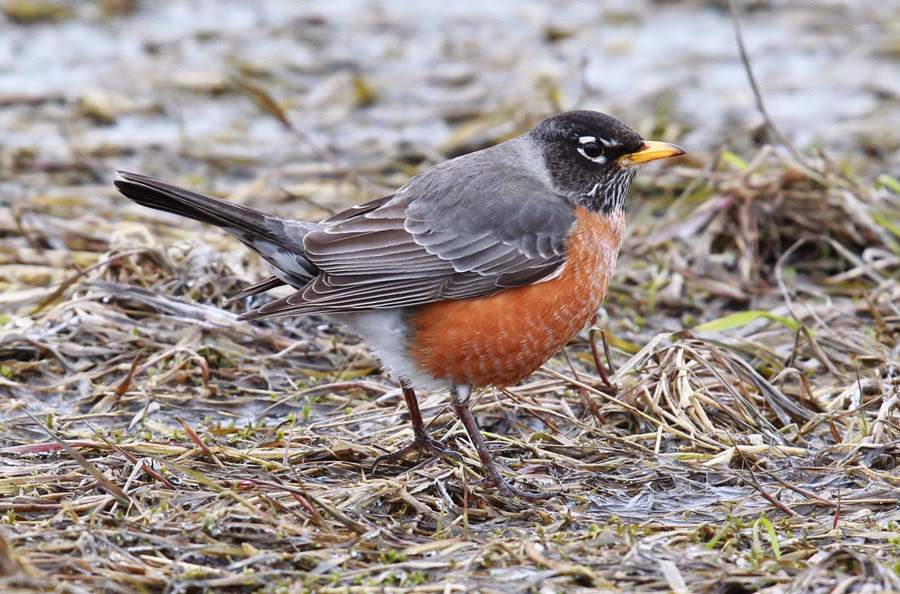 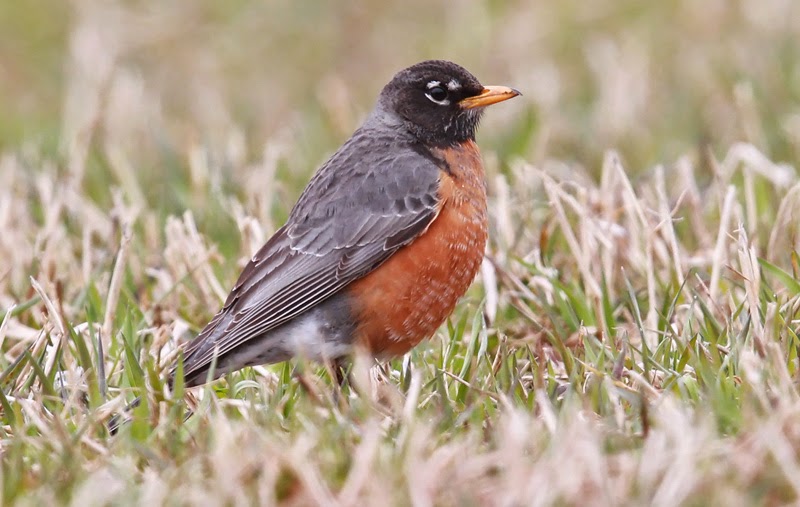 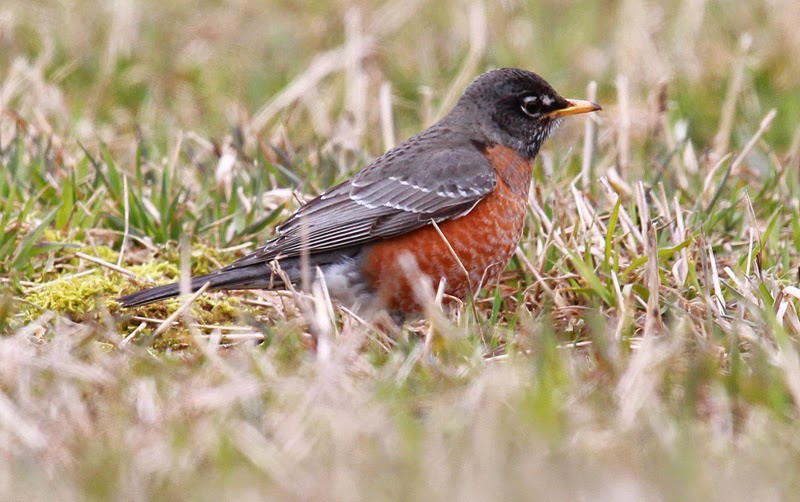 Apparently there is a general trend to darker robins the farther northeast you go in North America. There is seems to be lots of overlap in plumage characteristics, enough so that you can not define an individual robin by the colour of the back. Somewhere along the way word that Newfoundland robins were black-backed turned in solid knowledge. Few people had any reason to dispute this.  These pictures should be enlightening for some. Maybe more photos tomorrow if birding is again slow. 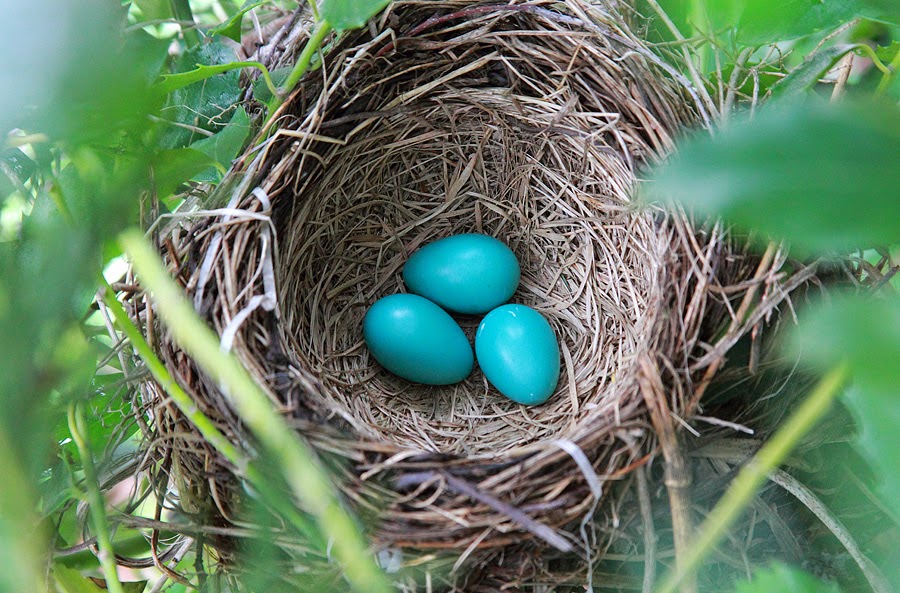 Curious Fact: The American Robin does so well in Newfoundland, nesting in practically all habitats,  it lays only three eggs per clutch, rarely four as is normal everywhere else. This nest was by my front door in St. John's in 2012.