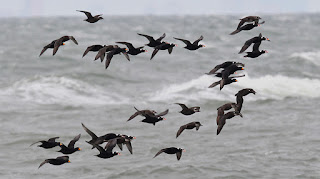 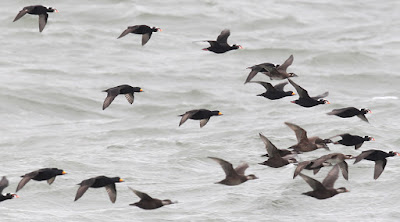 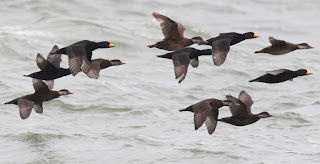 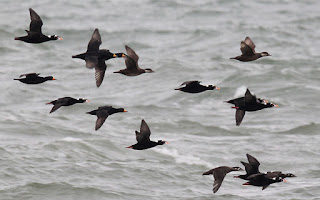 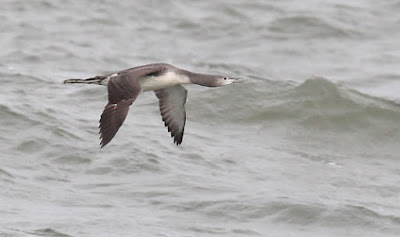 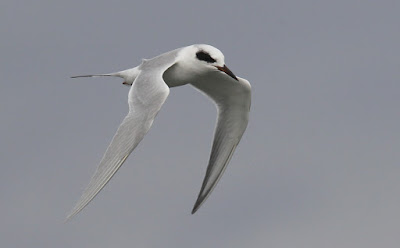 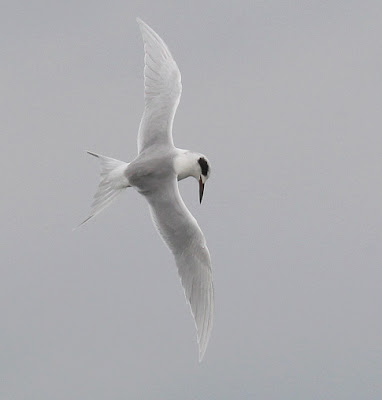 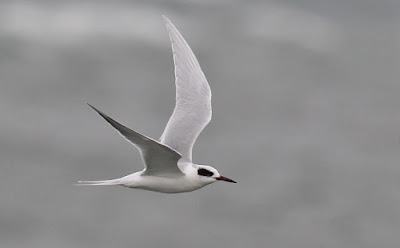 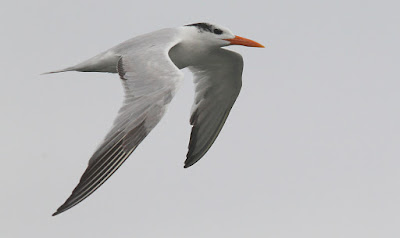 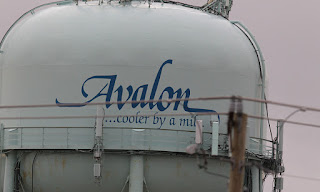 Posted by Bruce Mactavish at 19:57 No comments:

An early October Day Down the Shore

October is a great month for birding on the Avalon Peninsula. Nothing sets off the imagination like thinking about a trip down the Southern Shore of the Avalon Peninsula in October. I found myself with a free day on Thursday 6 October and knew I had to take the opportunity for a trip down the shore to Cape Race. The wind was going to be light - key for doing the tuck on the Cape Race road.

Got to the start of Cape Race road just after sunrise. Mist was rising out of the hollows. There was no wind. This was going to be perfect for digging the vagrants out of the tuck.  It turned out to be a perfect morning for discovering there were no vagrants or even common birds in the tuck. Songbirds like Blackpolls, American Robins, Swamp Sparrows and Fox Sparrow nest in the tuckamore but outside of the nesting season basically no birds stay in the tuck unless there are forced to. Maybe a vagrant coming in off the Atlantic or a migrant from the north wanting a last refuge before continuing farther south.

It was not a wasted day. I enjoyed my five hours on the Cape Race road. There were some raptors. Long Beach had an Indigo Bunting and a few shorebirds. A Great Skua was off Cape Race near a group of gulls and gannets feeding over a school of tuna.  There was time in the afternoon for a quickie to Powles Head road where there was the first Clay-coloured Sparrow of the season and my only two warblers of the day, and both of them on the rare side - Prairie Warbler and Northern Parula. 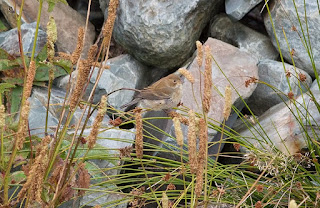 The Long Beach Indigo Bunting was elusive for the first 20 minutes but then joined its temporary Song Sparrow buddy to feed on the seed heads of what I believe is Canada Burnett. 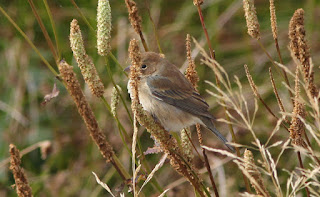 Indigo Buntings do not like their photos being taken. 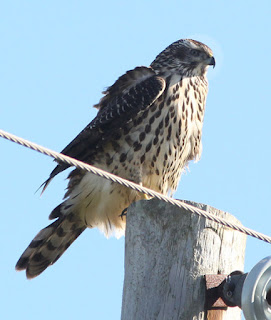 There were three Northern Goshawks on Cripple Cove road including two sitting on poles. Saw five goshawks for the day.  The most numerous raptor species. Other species were dark morph Rough-legged Hawk and  three Sharp-shinned Hawks. 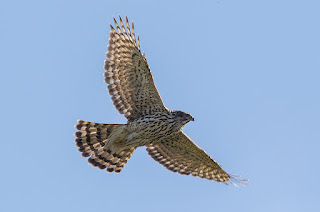 A goshawks leaps off a pole to greet another flying near by. It was a friendly confrontation.

A sign of the season is the appearance small flocks of fresh looking young scoters like these  8 Surf and 1 Black off Long Beach.. A crisp young Iceland Gull, a bird of the year, flew over while I watched these ducks further reinforcing the mid autumn feel. 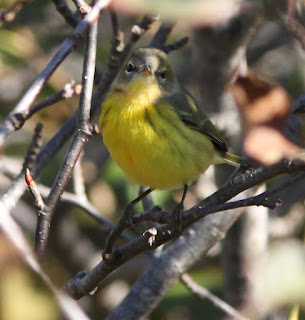 Prairie Warbler is far too regular as a vagrant to the Avalon Peninsula.  How can their population handle the what must be a significant number of suicidal individuals? The few we see on land must be only a fraction of the numbers lost at sea. There have been 6-8 different Prairies seen on the Avalon this fall so far. Their blind fate is loss behind their mellow ways.  Prairie Warblers always seem happy and carefree if it is possible for a warbler to be happy. 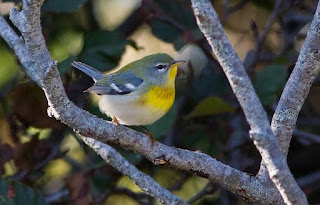 The Northern Parula is less regular than Prairie Warbler in fall on the Avalon Peninsula even though it actually breeds in small numbers in the SW corner of the province and is abundant breeder in neighbouring Nova Scotia. 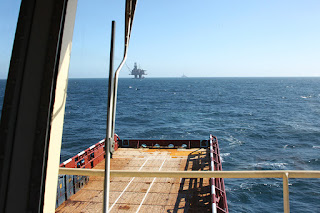 It was good for me to get in that early October trip down to Cape Race before I begin my last ten days at sea for 2016. I will be at the same latitude at Cape Race just 350 km farther east! My daily views will sometimes look  like this.