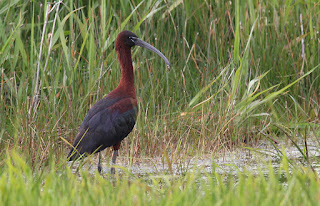 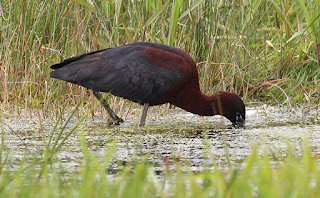 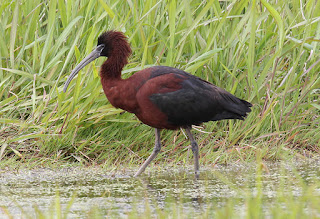 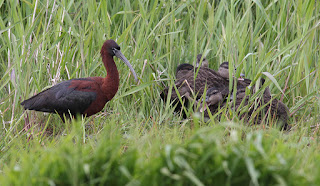 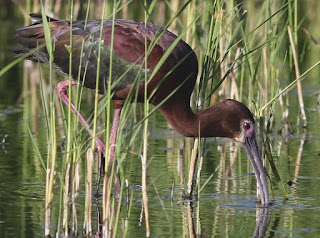 
Posted by Bruce Mactavish at 18:00 No comments: 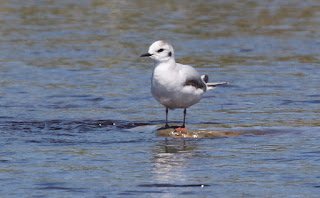 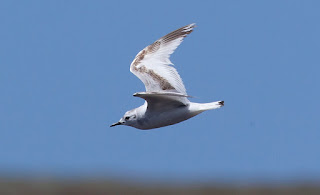 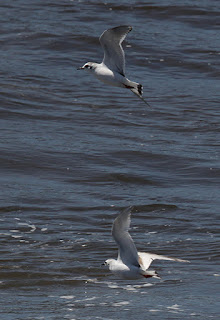 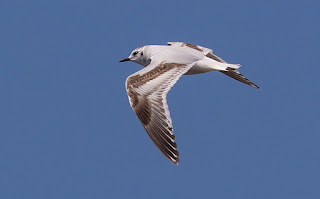 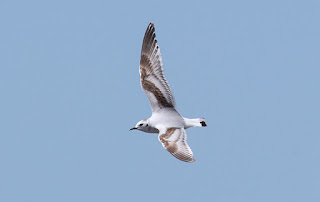 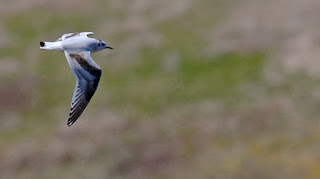 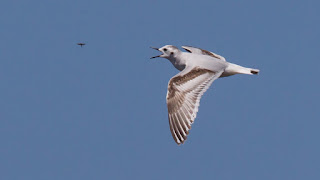 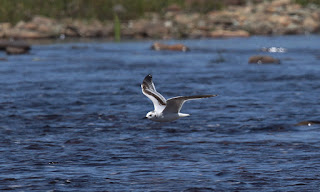 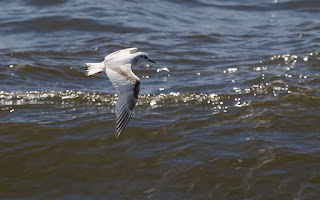 Summer has more or less arrived on the island of Newfoundland. True the wind swept alders along the coast do not have leaves yet but the birds are not waiting.  The birds are heavily into the breeding season.  The last of spring migration was a week ago.

It is time to look ahead into summer. The shearwaters and whales hunting for spawning capelin along the coast is something to look forward to.  Maybe there will be a rare southern tern or rare dark hooded gull harbouring among the common local species. Some of the very rarest and oddest birds hardly on the rarity radar can show up in summer.

June is nesting month. There are lots of warblers and songbirds in the woods in their best plumages and singing up a storm. In two weeks the song will already be winding down and the songbirds will be looking a little rough around the edges.

It is easy to get complacent and let summer roll by.  Don't let it happen to you!  Below are a few pretty birds from the past weekend. 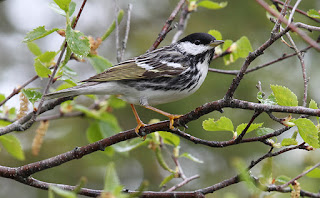 The Blackpoll Warbler, male above and female below, are one the commonest breeding warblers on the Avalon. They are attractive enough in their way. 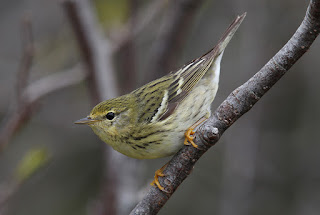 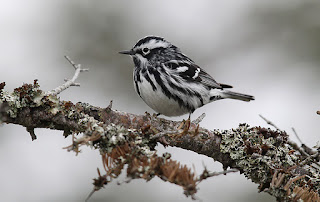 The Black-and-white Warbler is also an abundant Avalon nesting warbler. And is the tamest and most curious warbler. 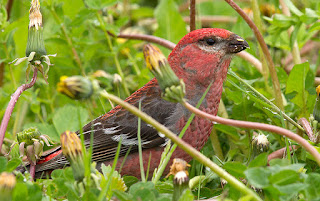 A pair of Pine Grosbeaks feeding on dandelions seeds on the roadside is a regular June sight across the province.  Goldfinches, siskins and juncos also take advantage of this food source. The pink of the males Piner turns a more fiery red in summer. 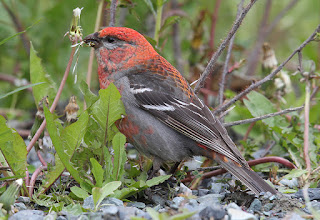 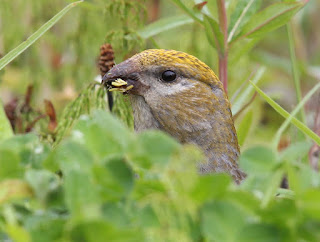 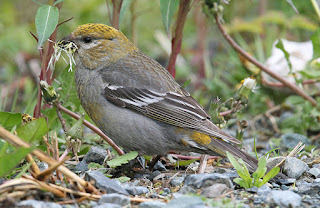 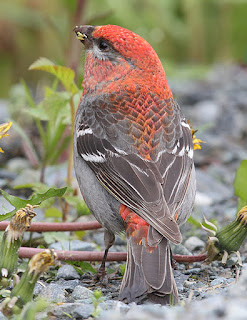 Posted by Bruce Mactavish at 18:00 No comments:

I photographed only two species of birds on 10 June 2015.  It was a 'work' trip to Cape Race, Newfoundland.  I really didn't need to bring binoculars, telescope, tripod, big lens and camera to meet with a person from Newfoundland Power to discuss details on a proposed trailer installation for a marine mammal study - but I did.  Rounding the corner at Portugal Cove South I wasn't even looking for the Summer Tanager first discovered ten days earlier when I saw it fly up off  a lawn near the location of original discovery.  I had assumed it was long gone.  Being such a rare calm and sunny morning I decided to take the opportunity to photograph the bird in the early morning light.

The female tanager looked robust and happy fly catching from a lawn, a rock and various power lines and clothes lines. There was not a tree in sight.

The 'work' went well quickly at Cape Race allowing for plenty of free birding time.  Nothing out of the ordinary. Lots of the expected few species in the tuckamore.  On the way back out on the Cape Race road one of those red chickens walked across the road. I stopped and switched the rental SUV into stealth mode.  I crept the vehicle up on the male Willow Ptarmigan.  In no time it accepted me and went about pecking at the ground often stopping to look at me.  We had a grand conversation for 30 minutes. Twice other vehicles drove by on the noisy gravel road and the grouse crouched down low but regained composure soon as they passed.

It was mid day and a very bright sunny day. The power of the sun is still drawing the coldness of winter out of the ground on the coastal barrens in June. The shimmer in the air over the land was intense. It basically makes photography impossible.  That didn't stopped me from pointing the camera at the bird and taking a couple hundreds shots. It was close so I was hoping the shimmer would be minimal between me and the bird.  However, I was not surprised that  99% of the picture completely useless. For brief moments the air seemed to stop shimmering. I couldn't see it but the camera did. A very few shots came out OK. Had it been earlier in the morning before the difference in the air and ground temperature grew, the photo opportunity would have been excellent.

All in all it was an excellent day out of the office.... 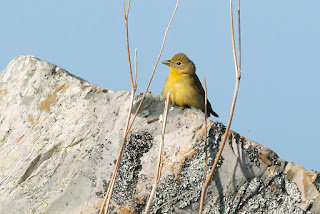 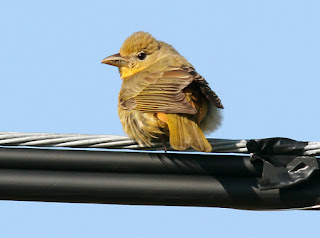 This female Summer Tanager first found at Portugal Cove South on 30 May was one of a record five this spring in Newfoundland. 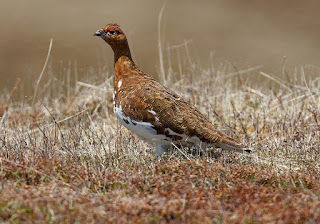 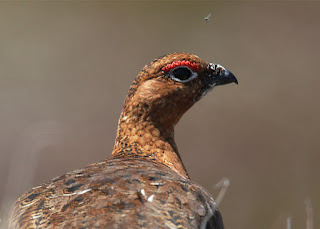 Despite regular hunting pressure  on Willow Ptarmigan along the Cape Race road in the fall they move back to habitat by the road every spring/summer.  People are thinking numbers are good this year. This male is likely on watch for a female sitting on a clutch of eggs.  The black flies were out in numbers today.

Posted by Bruce Mactavish at 18:03 No comments: