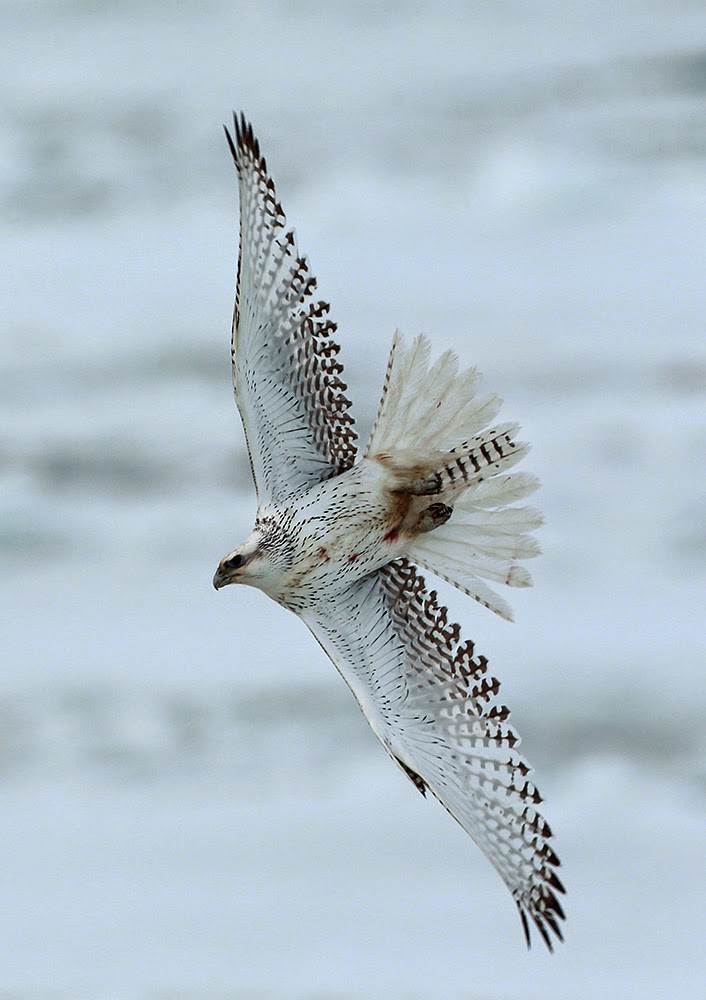 May your Christmas Holidays include some of these....

There are practically no rare species on the Newfoundland bird list of just 400 species that an ardent student of vagrancy can not see a pattern of vagrancy in agreement with the general pattern for Eastern North America. Newfoundland has a strangle hold on the North American occurrences of some Icelandic species. You wouldn't necessarily expect to see a reflection of European Golden Plover, Common Redshanks. Common Ringed Plover and Black-tailed Godwits that have happened over time in Newfoundland in the rest of North America since we are so close to Iceland and the migratory path of these European species. That makes sense. But the occurrence of one bird continues to absolutely baffle everyone. It comes from western North America.  The species has to fly over eight Canadian provinces to reach Newfoundland. Newfoundland gets a good share of the autumn Dickcissels, Lark Sparrows and Yellow-headed Blackbirds that head east each year but no province or state in the eastern half of North America can come close to matching the NINETEEN TOWNSEND'S WARBLERS that have been recorded on the eastern most peninsula in North America - The Avalon, Peninsula, Newfoundland.

On 5 Dec 2014 Clifford Doran photographed Newfoundland's 18th Townsend's Warbler on the west bank of Northwest River, Trepassey. Today, 6 Dec 2014 ken Knowles, John Wells and I went to Trepassey, arriving at dawn, to look for this warbler and any other birds that might be present in this worthy rarity hunting grounds.  Warblers are never a given. To shorten an interesting but long story. John Wells re-found the Townsend's Warbler # 18 while Ken and I were looking at Townsend's Warbler # 19 about 750 metres away. We were in contact by cell phone while each was watching their respective TOWA. Absurd in every way but not so out of line with the occurrences in Newfoundland.  We've seen two on the same day once before. And these two birds making a total of three for the fall of 2014 is matched by another year back there in the 1990s.

I have no theories. I've scratched my head raw trying to figure out this virtual abundance of Townsend's Warbler on the Avalon Peninsula, Newfoundland. Other western warblers have a sparse history with just one each of Hermit, Black-throated Gray, Virginia's and Audubon's.  No MacGillivray's .

Attached are photos of Newfoundland Townsend's Warbler #19. There could be more out there. Tomorrow is a Sunday. 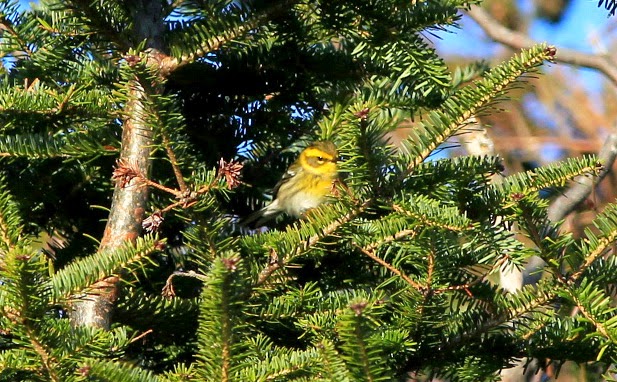 Prepared with a 300mm f4 lens I was ready for a record shot no matter how difficult the conditions. I could carry the lens all morning. as it turned out the light was bright and there were no branches in the way. I would have benefited from the 1.4x converter. 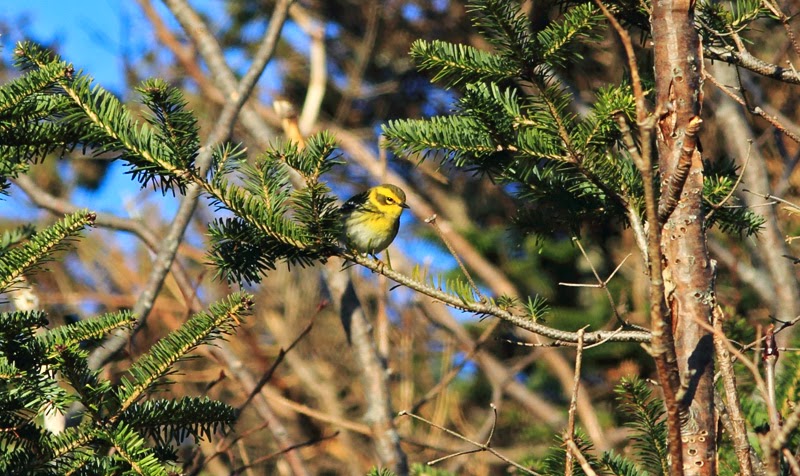 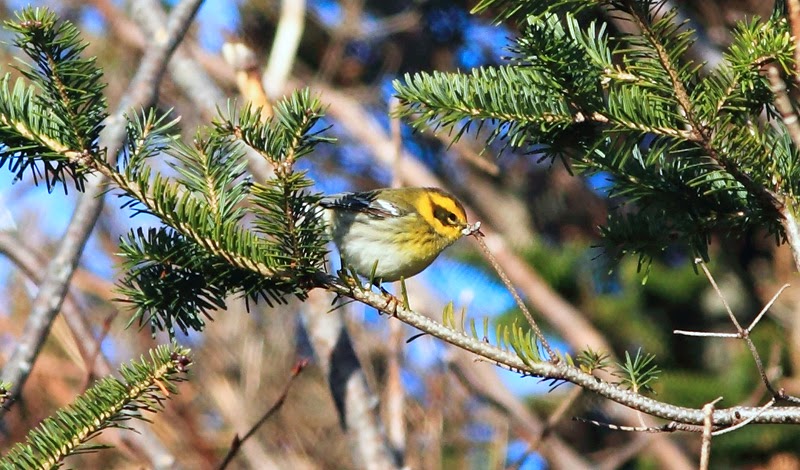