New areas searched today producing eleven new European Golden Plover at three locations. Five at Lumsden by Roger Willmott, three not far away at Cape Freels by Carol Sparkes and three new ones in a field in the Goulds by Ed Hayden. Amazing none were found at Cape Bonavista after 3 1/2  hours of scouring.  Good winds continue for a few more days. Other places searched today included Clarenville, Bellevue/Arnold's Cove and Spaniard's Bay/Harbour Grace areas. 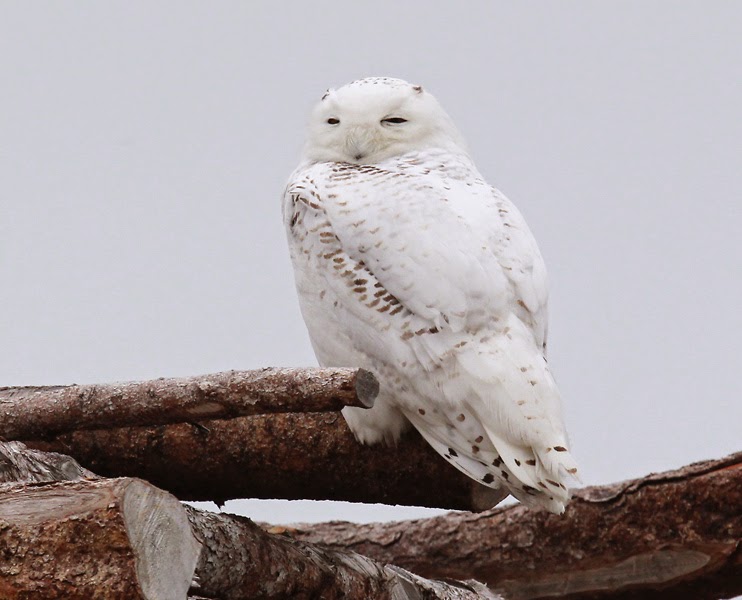 Almost lost in the Icelandic Vagrant hunting melee is unusual numbers of Snowy Owls present for late April.  Part of it seems to be a recent influx (last half of April). Birds are being reported from the TCH on the Avalon Pen even.  This photo is one of five present at Cape Bonavista 28 April 2014.

Posted by Bruce Mactavish at 18:40