Farewell Ross's Gull - Thanks for the Visit

The Ross's Gull at Torbay, Avalon Peninsula, Newfoundland 29-30 April 2014 will be on of the highlight reel of the history of Newfoundland birding. So many people (25-30), big by our standards got to see this bird.  I saw the biggest smiles on people I've known for years. People were genuinely happy to see this bird. Everyone got to see the pink body and dark underwings of a tiny gull. Some saw it rather distant through a scope but there was no mistaking it when someone got on the bird!!!  Their voices tighten. You knew it when you saw it.  Some of us got out on the rocky point closer to where it was feeding. Not a straightforward walk especially when carrying optic gear in addition to binoculars. The bird was feeding out here on a tidal line of flotsam, the backwash from the week of persistent NE winds. On Day One it was feeding mostly on the wing. On Day Two it fed mostly while sitting on the water. The light was poor. The wind was cold. Salt spray got on everything. 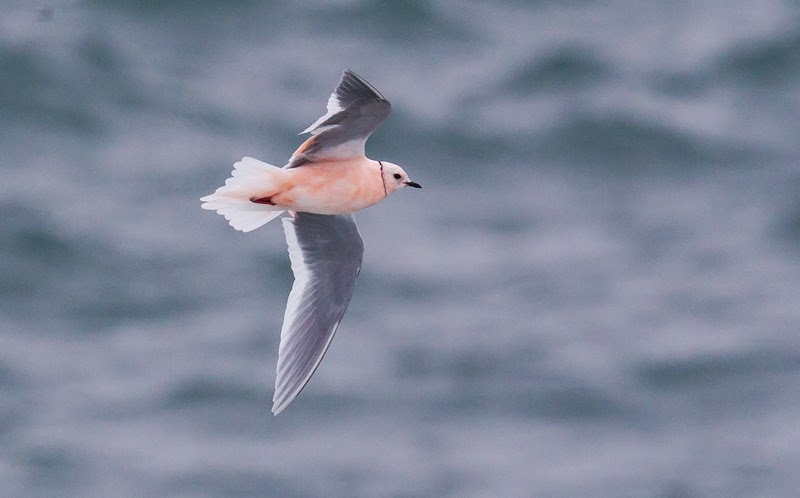 This might be my favourite capture of all time where I pressed the shutter especially when considering that the bird was never that close and weather conditions (salt spray, driving snow flurries, fully exposed to the strong NE winds) were not easy. This is a big crop.  There is no way to get the correct colour of the body on every monitor out there. I tried this picture on five different monitors with greatly varying shades. In life it was a fiery pink with an undertone of orange. There were many comments that no one had seen a photo or illustration showing the colour of this bird. Even the back and tail were tinged in pink. The black ring around the neck is just starting to fill in. 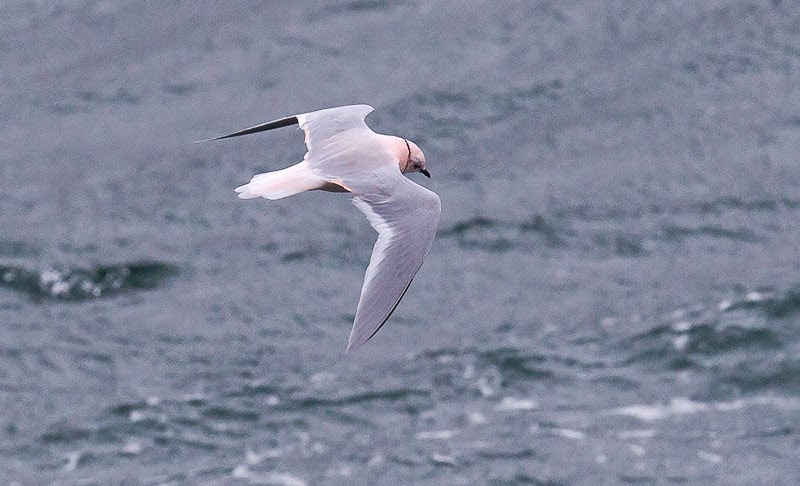 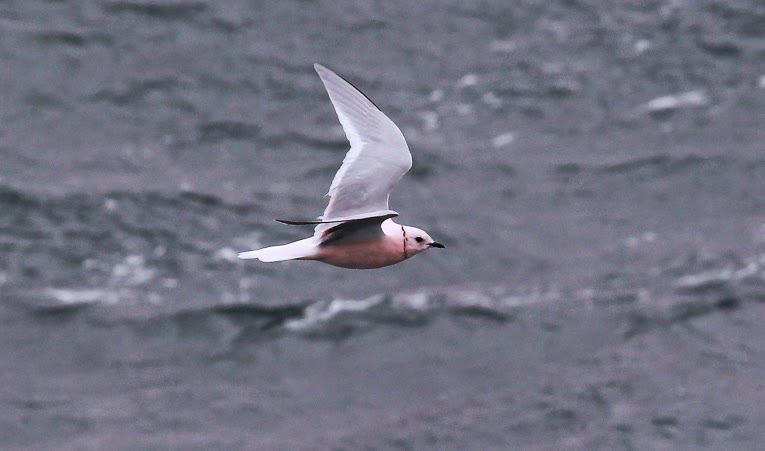 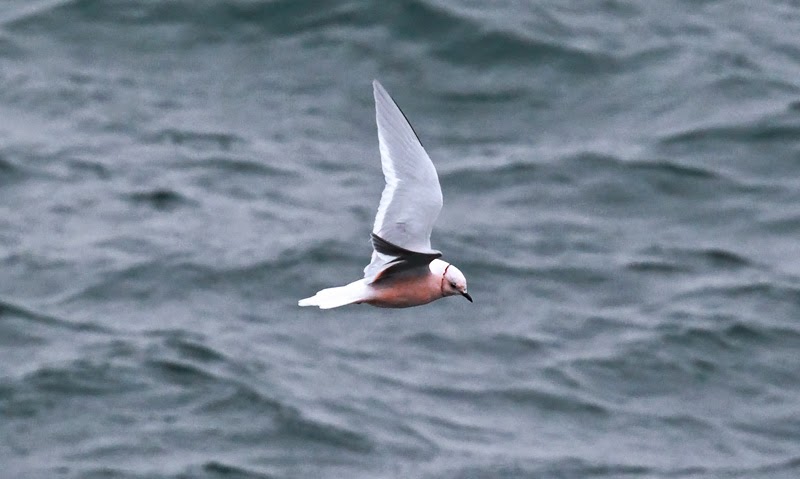 Various heavily cropped shots of the Ross's Gull as it flew past our perch on the rocks.   The binocular views were sensational. 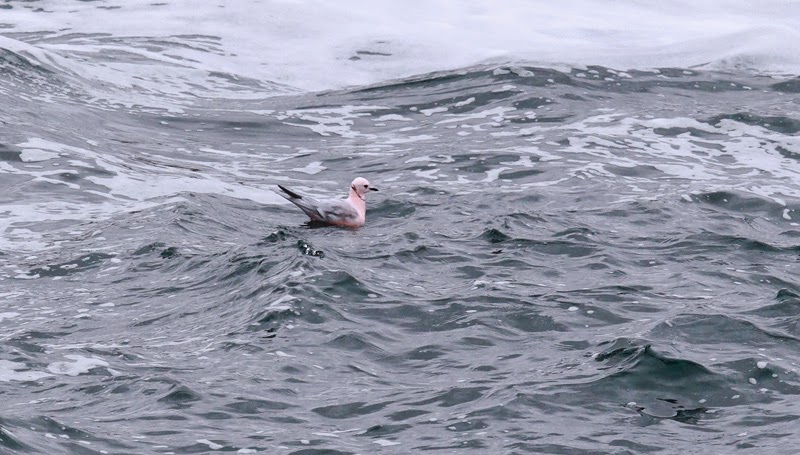 On Day Two when the wind died somewhat, it sat on the water a lot picking frequently at the surface.

On Day Two the Ross's was very protective of its little feeding area often chasing away kittiwakes that came too close while leaving a local nesting cliff.  Perhaps it means the Ross's was very hungry. Reminded me of seeing a desperate winter warbler at a bird feeder trying to chase away the bigger juncos.

Meanwhile Newfoundland is still in the midst of one of the greatest Icelandic Invasions of all time. Only 1995 beats this.  Currently we stand at a mind bending 9 Black-tailed Godwits and at least 115 of the relatively routine European Golden Plovers. Still waiting for that third and fourth species of shorebird. (i.e. Common Redhsank and European Whimbrel).  Winds are still pretty good.

Posted by Bruce Mactavish at 17:26