A male COMMON SHELDUCK was found in Renews, Avalon Peninsula, Newfoundland at 2:30 pm on 2 April by Tony Dunne and  photographed by his wife Yvonne. They knew it was a different duck. When they got out of the car it flew away out the harbour.  At 4:30 pm Tony saw it again flush up off the beach and fly toward the inner harbour. News hit the birding community that evening. By dawn 3 April birders were at Renews.  The place was manned continuously from dawn to 3 pm. And all the coves from Trepassey to St. John's were covered. The Shelduck was not seen.  Renews was by far the best looking habitat around. It had 42 Canada Geese and 20 Black Ducks feeding in the inner harbour. Sea ice was a problem in most coves including Renews.

The bird may never be seen again. The photos clearly show it is a male Common Shelduck. And the exact location on the Renews beach is recognizable in the pictures. The origin of Common Shelduck is always in question in North America.  Weather maps on 31 March show winds from Ireland curving up toward Iceland and then going east and southeast toward southern Greenland (see map below, not easy to read I know, there is probably better map out there). There is a calm area south of Greenland before hitting light easterly winds east of Newfoundland. While not a really strong wind there was not a head wind along the route. The first Common Shelducks would be migrating to breeding ground in Iceland at this time. Didn't see a weather map for 1st April but on that day a strong easterly flow and major snow storm hit the Avalon Peninsula. There were strong northeast winds on 2 April.

The odds of an escape Common Shelduck in eastern Newfoundland in early spring seem remote. Basically there is no one in Newfoundland that keeps exotic waterfowl other than fat farm ducks & geese.  It has been a cold and harsh spring. It doesn't seem like a good time of year for a duck to escape and travel - gut feeling, don't worry about the logic! The weather was right, the time of year was right, the location on eastern most Newfoundland coast was right for a natural vagrant migrating from mainland Europe to Iceland. I feel very strongly that this was a truly wild bird and should be counted as a North American record. 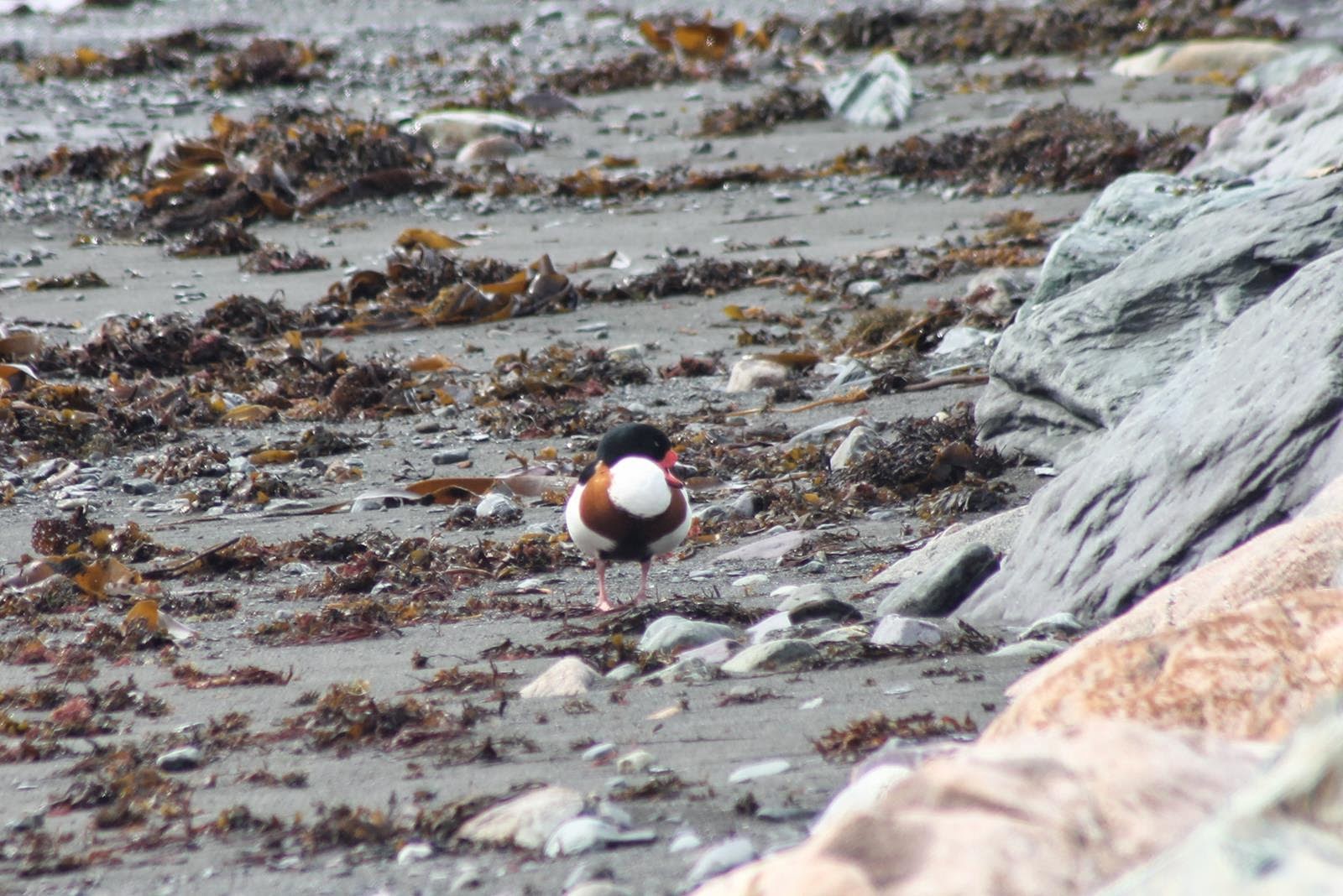 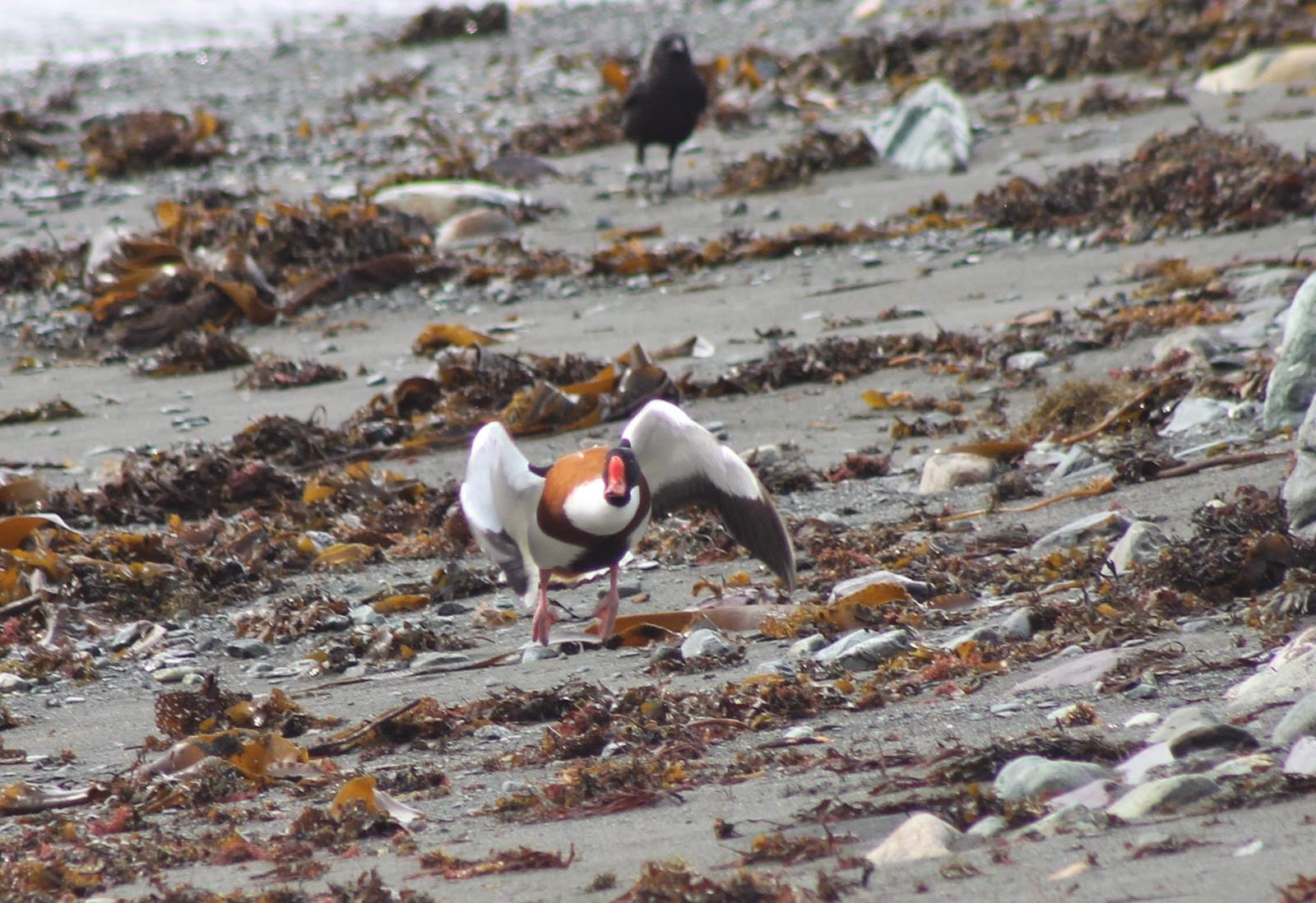 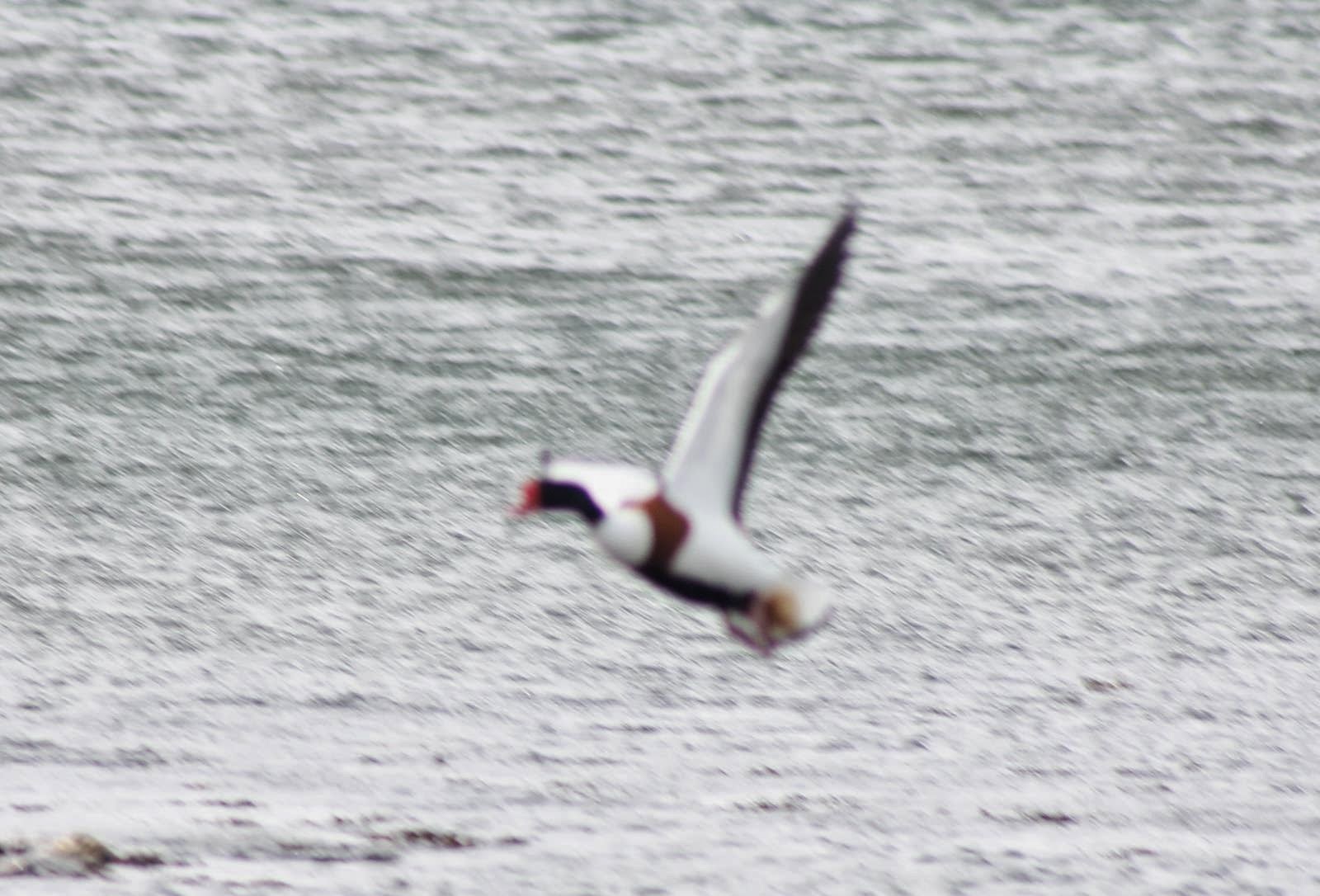 Common Shelduck has not been officially accepted on the North American list of birds, but it is close to happening. There have been a number of very intriguing records from Massachusetts and perhaps other New England States and I believe Quebec has a record or two.  Newfoundland had one on 17 Nov 2009 at Quidi Vidi Lake. There is a pretty good case for making that an official North America record. There were good winds from Iceland during the 48 hour prior to the sighting. It was at a time when the last are migrating out of Iceland. Common Shelduck has only recently started breeding in Iceland and numbers are taking off.  Interestingly it uses a rockier habitat then they use in mainland Europe. Shelduck is a species on the move in Iceland.

It is because my reluctance to push the record that it never went anywhere. It would be easy to build a good case for in being a wild natural vagrant.  I have been probably brainwashed since my teens by the knowledge that large numbers of Common Shelducks are kept in captivity in North America and they frequently escape resulting in the many off the wall records of pretty obvious escapes throughout interior North America. The thinking part of me said this should be wild bird but there was this deep rooted feeling that it could have been a long distant escapee from mainland North America.  I was torn. It was a bird waiting for a pattern of vagrancy to form.  The Renews bird makes me feel a whole lot better about the QV Lake bird as being wild too.

Tufted Duck, Eurasian Wigeon and Common Teal are already form a significant part of the normal waterfowl scene in Newfoundland outside of the breeding season. Will Common Shelducks be next?  Bring 'em on!!! 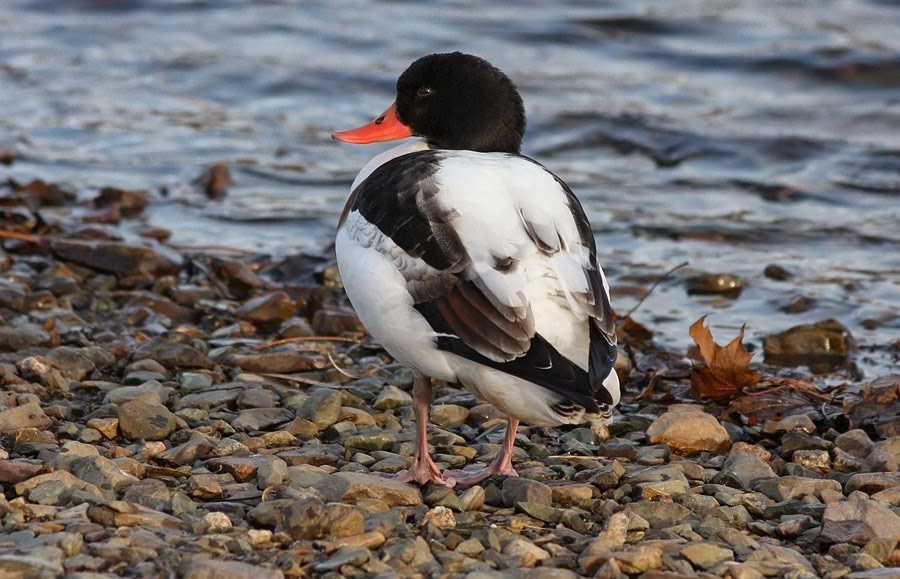 An immature Common Shelduck at Quidi Vidi Lake, St. John's, Newfoundland on 17 Nov 2009. It stayed for only twenty minutes before flying southward over the city. It was never seen again. A good case (weather, time of year, location) can be built for supporting this as being a wild and natural vagrant to North America (photo B. Mactavish).