More searching for Icelandic Vagrants on Sunday turned up a few more of the same species. Four Black-tailed Godwits present in the province is a record high for one year.  Below is the tally to date in order as discovered.

Monday is a work day but there will be a team heading to Cape Bonavista and probably one to Cape Freels. We don't know yet what is out there between St. John's and Gros Morne National Park.

Couldn't resist a quick afternoon trip to see the godwits at Renews again this afternoon. Stunningly beautiful birds to have so tame and so rare. A couple snaps below. 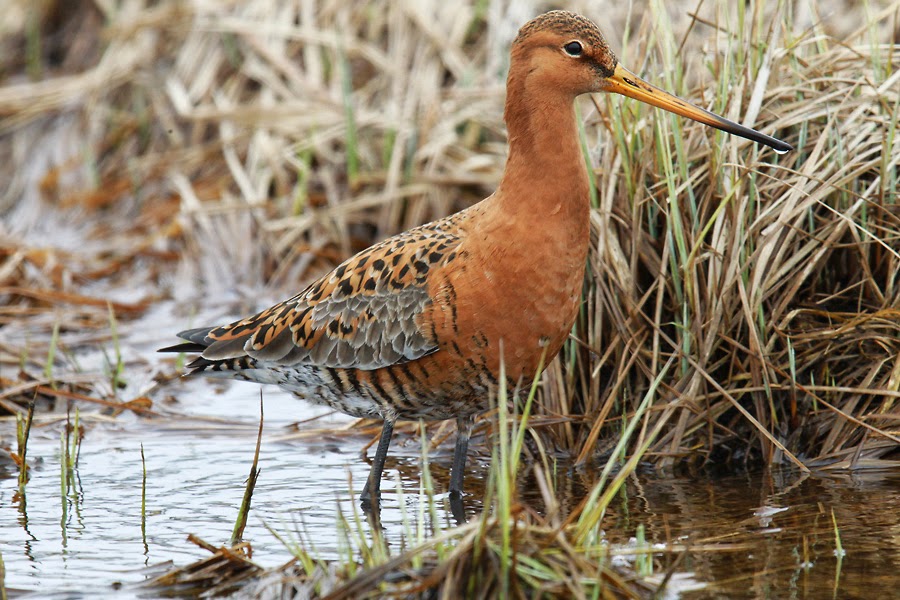 Is there a more beautiful shorebird in the world? It has everything going for it - colour, size, shape, elegance, and style. 27 April at Renews, Avalon Peninsula, Newfoundland. 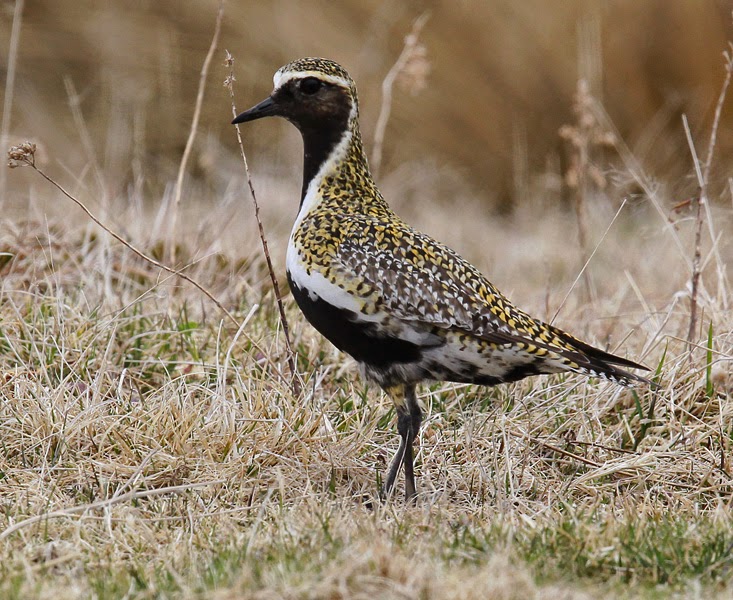 Worlds apart in character from the familiar American Golden Plover, the European GP is like a big robin hunting worms on pasture land. 27 April 2014 at Renews, Avalon Peninsula, Newfoundland.