This incredible record of a White-eyed Vireo happened at St. Pierre, SPM on 9 April 2014. The fast moving storm with far reaching southerly winds (Florida) that went through SPM and Newfoundland on 9 April was surely responsible. What else can be out there?  While extremely early for a southern passerine, St Pierre has had an early April Hooded Warbler and Chuck-wills Widow in past years.  Southern herons of course regularly show up by this time in Newfoundland and SPM. 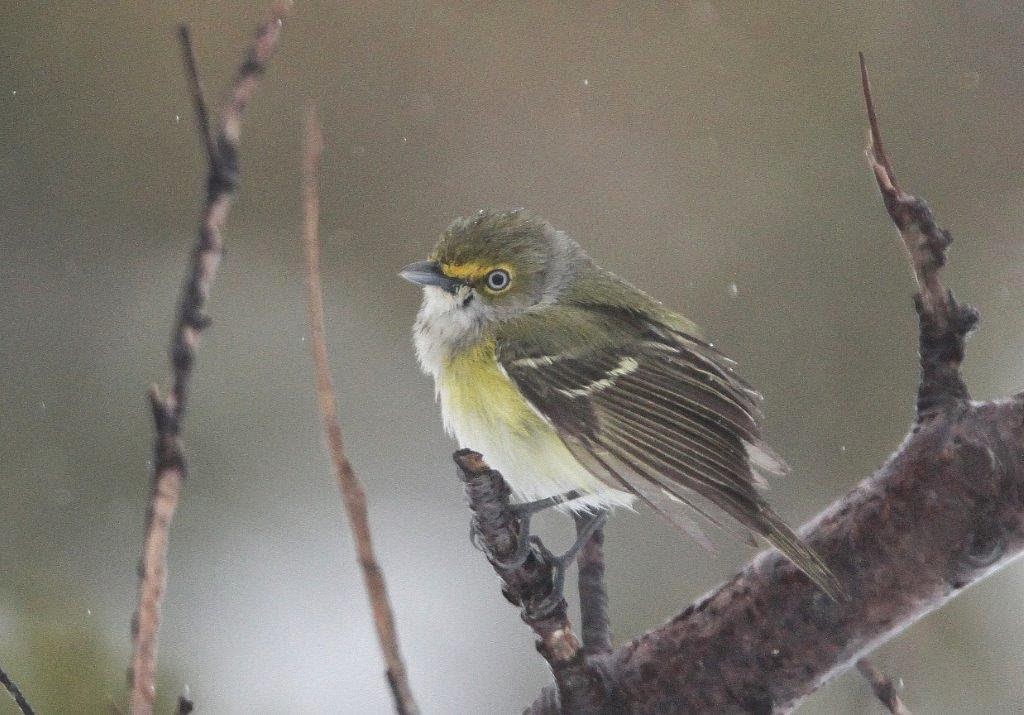