Bald Eagle on The Run

I break a promise to myself nearly every year. I promise not to take any more pictures of icebergs or Bald Eagles. There are just so many pictures out there of both that there is nearly no novelty left. So why on Sunday past did I take 350 snaps of a Bald Eagle on the ice at Quidi Vidi Lake. Readers familiar with Quidi Vidi Lake birding are already snoring. There was something about this eagle that was hard to resist. The fact that it was an adult and close to the road was factor # 1 but the early morning January light was nice too.  The eagle was feeding on a Herring Gull that had been lying dead on the ice since the day before. It had the carcass all to itself which is unusual. Typically other eagles cruising over White Hills will note an eagle with something worth eating on the lake and join in for their share. This time the only other dinner guest was a single brazen raven. When the eagle took a break after consuming most of the breast meat the raven moved right in. The eagle was having no part of this but instead of flying the 20 meters to chase off the raven it ran over the ice.  Here is the sprint caught on camera. 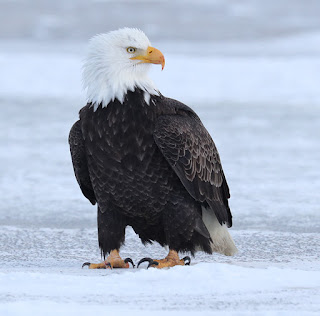 Aah - a little break and a few belches to let that breast of fresh Herring Gull settle a little before going back to clean up the dinner platter.  But wait what does that black bastard Raven think it is doing moving right in to clean up on the left overs!? 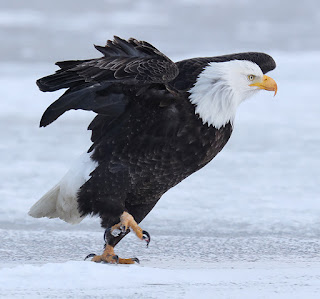 The eagle sprung into action but instead of flying it galloped over to the dinner left behind to chase off the free loader. 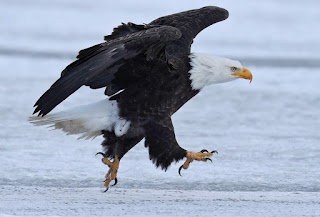 "I didn't think I was going to need my Nikes this morning." 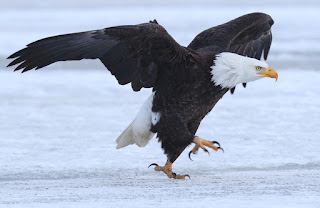 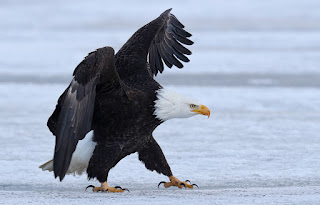 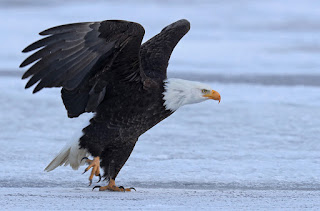 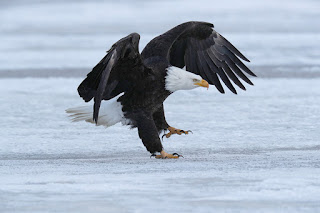 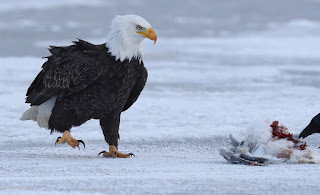 Look, he is hanging right in there grabbing every last morsel. I'll crush its skull with my talons if it lets me. 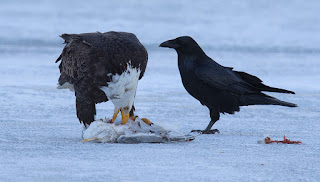 What a bother!  I hate being stared at while I eat. 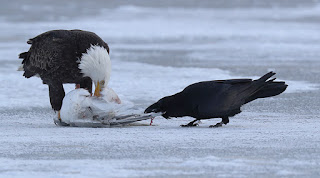 SOB. This raven has no manners what so ever. It must be a really hungry street urchin or just an A-hole. 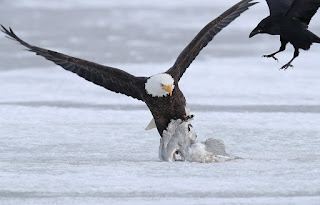 I am outta here. 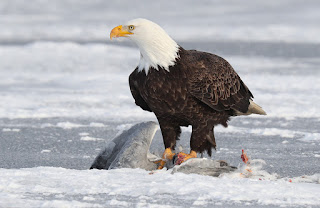 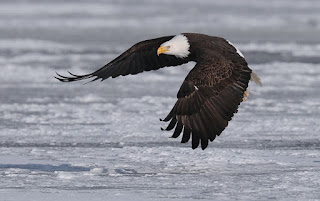 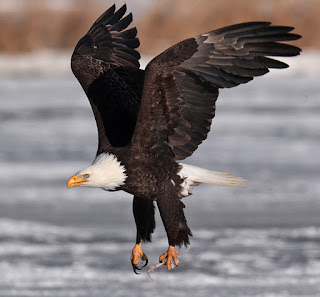 Leaving with a doggie bag.