Waiting for the Christmas Turkey

Went out for a couple hours between Christmas present opening and the cooking of the Christmas turkey.  The warm fall like weather continues in earnest.  Christmas morning in St. John's reminded me of winter in Ireland - cool but above freezing, green lawns, sunny and no wind.  I went to Quidi Vidi lake to take pictures of the local wildlife.  No rush to do this since the same birds will be at Quidi Vidi lake until April. Actually there will be more birds once all city ponds freeze up.  I sat on a shoreline rock and let the tame birds come to me. 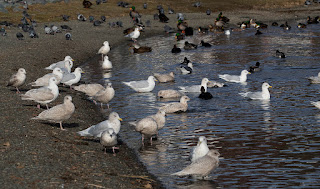 Gulls loafing in the warm Christmas Day weather at the west end of Quidi Vidi Lake. 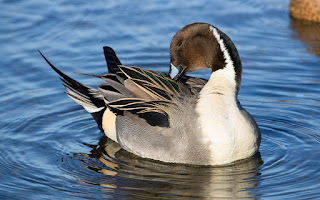 A drake Northern Pintail touching up a few scapulars. 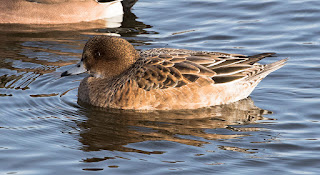 The reddish tinge to the head of the female wigeon means it is a Eurasian Wigeon. 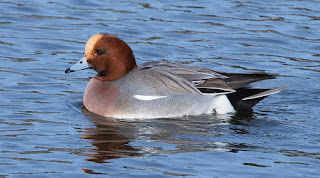 There was only one male Eurasian Wigeon at the west end of the lake. When the ponds are open the Eurasians prefer Kenny's Pond and Neville's Pond. 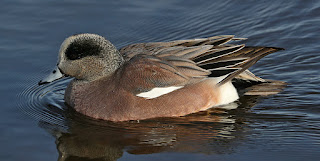 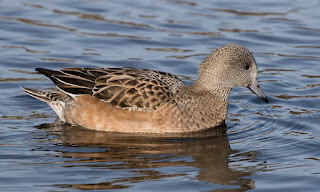 The ashy gray head of the female American Wigeon usually stands out.

An American Coot pushes water as it steams across a corner of the pond. This is one of four coots in town at present. 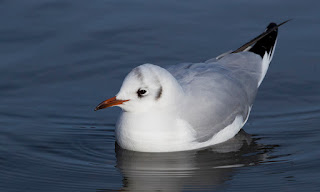 With the closing of the Pier 17 sewer outlet about 6 years ago the Black-headed Gull has become uncommon.   75-100 Black-headeds wintered in St. John's but today there are just three individuals in town. This one has learned to accept handouts of food from people. 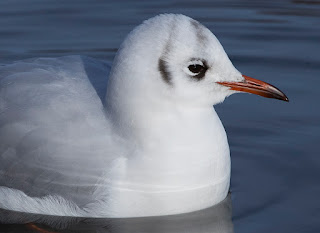 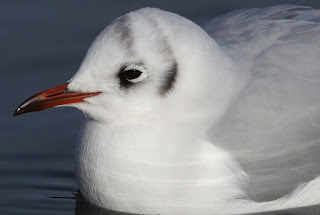 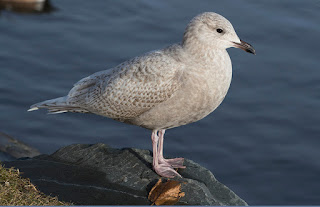 Some Iceland Gulls take up street begging. They learn fast. There are a few dozen 1st winter birds among the gull gang currently going after bread if anyone dares throw out any. 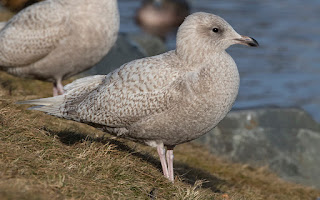 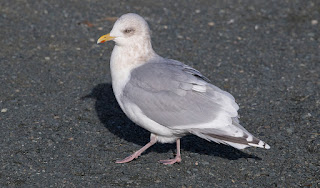 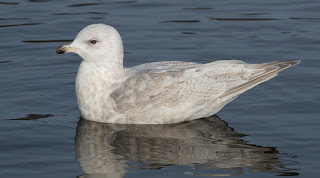 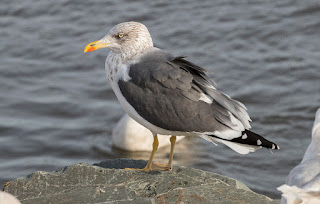 There are four or five bread trained Lesser Black-backed Gulls at the west end of Quidi Vidi lake including two returning adults.
Merry Christmas and Happy New Year
Posted by Bruce Mactavish at 15:21 No comments: