Arriving in Renews on my way back home from a birding trip down the Southern Shore I was startled to see an egret on the tidal flats near the main road.  My initial reaction without thinking it through was how did the long staying Snowy Egret that I'd seen just an hour ago at Biscay Bay get here to Renews so quick. 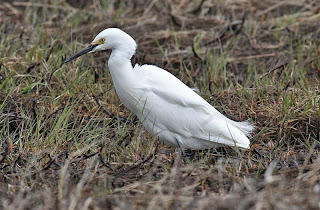 The Snowy Egret living at Biscay Bay and Portugal Cove South for the last two weeks was alive and well at Biscay Bay Saturday morning with its ever brightening yellow lores.

I put my binoculars on the bird just as the wind blew out its two long spaghetti noodle white head plumes. THIS WAS A LITTLE EGRET ! ! !  A very pleasant surprise especially since the bird was not there in the morning.

This was the 11th Little Egret for Newfoundland, a semi-regular vagrant with a huge aura of excitement around it.  It stood still for about 30 minutes before suddenly springing into feeding mode. I am guessing it was tired from a hard flight from somewhere (Europe? North America?) in the strong SE to SW winds during the previous 15 hours.

The egret caught many sticklebacks in the tidal shallows which it had trouble swallowing at first but seemed to get better at it over the next two hours.  Photography of a glaring white bird in the brilliant midday sunlight is the biggest challenge of digital photography, and a challenge I have not mastered if it is even possible to master. The following are some of the better photos after a first run through the hundreds of shots this evening.  Maybe more chances tomorrow in less demanding light. 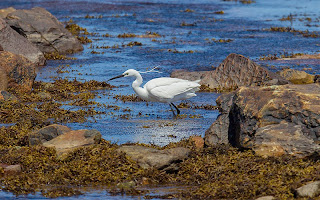 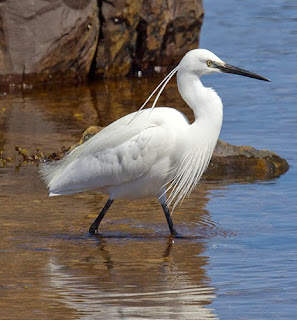 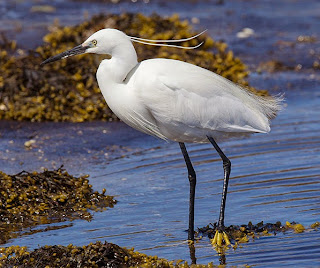 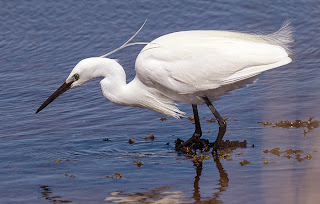 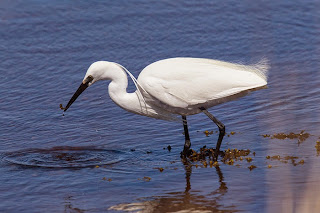 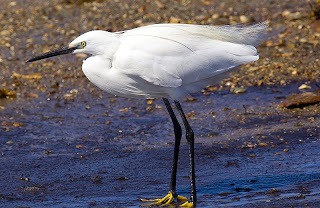 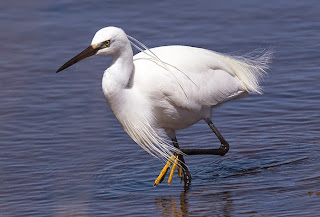 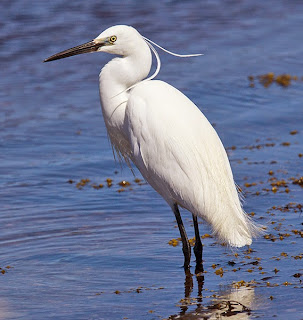 Little Egret at Renews, Avalon Peninsula, Newfoundland  on 23 May 2015

Posted by Bruce Mactavish at 17:32 No comments:

A dull Snowy Egret in Spring 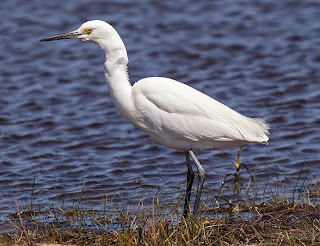 A somewhat off the grid looking egret.  The black bill and black legs leave only one obvious answer in most of North America, a Snowy Egret with a few parts missing. Where is the bright yellow lore, the feathery crest and why are the legs less than a shiny ebony? 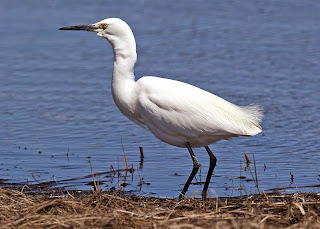 Another look at the same bird confirming that the classic Snowy Egret bright yellow lores and crest of any kind is not there. 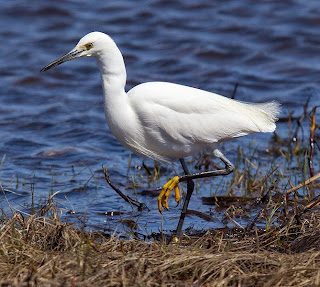 Another picture which thankfully shows the golden slippers characteristic of Snowy Egret but also Little Egret. The lighting is good for revealing the actual colour of the lores: a dull dirty yellow but still no crest.

Here is a Snowy Egret photographed at Virginia Lake. St. John's Newfoundland 24 July 2006. Relief at last. A Snowy Egret looking like we expect them to look after years of looking at them in the book. You don't even need to see the yellow feet with bright yellow lores and shiny black bill and legs like this. 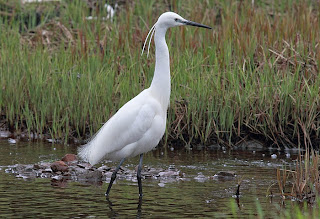 The photo presented of May 14 2015 bird do not readily fit either the confirmed Snowy Egret or a Little Egret pictured here.  To complicate matters, Little Egrets at the height of breeding season can show yellow lores.  This bird is not in high breeding plumage since it does not exhibit much in the way of head plumes and the bill and legs look a dull uneven dullblack.  Any yellow in the lores of a Little Egret should occur only during the height of the breeding plumage at which time the two  head plume ribbons would be evident. 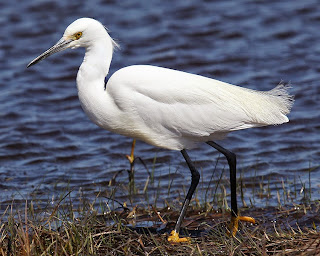 If you watched the bird long enough rudimentary feathery head plumes blew up in the wind totally supporting the identification as Snowy Egret. But over all an unusual individual Snowy Egret to see during spring in Newfoundland where both Snowy and Little Egret are nearly equally rare in spring. 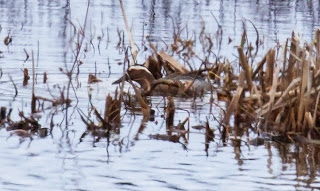 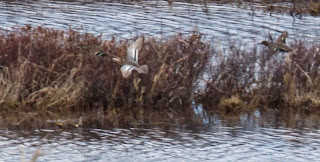 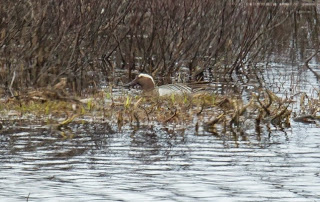 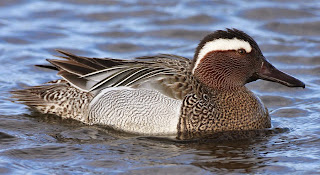 
Posted by Bruce Mactavish at 18:37 No comments: