Had from 6 am to 10 am to bird around the Savegra hotel and area and catch up on some photos of birds that I had been putting off. 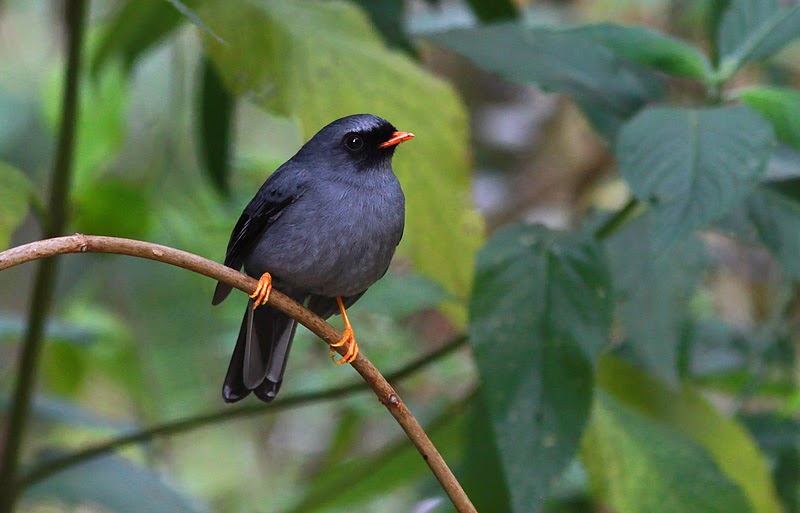 The Black-faced Solitaire is a common singer around Savegra but difficult to actually see.  It is one of the few species that sang an actual song while I was there. This bird was watching the female building a nest under a bank. 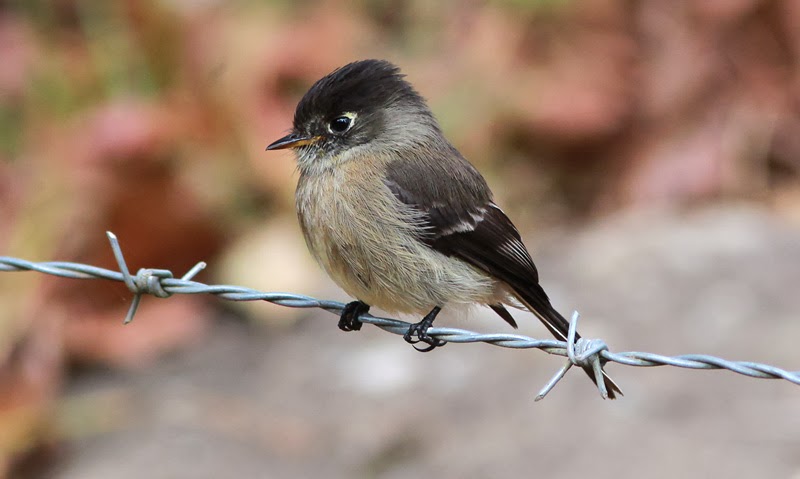 Flycatchers are a nightmare to a neophyte Costa Rican birder. There are so many species and many look similar. Eventually things start to fall into place as you start ticking them off. This empidonax is easy to identify as the Black-capped Flycatcher and gave exceptional views along the roadside. 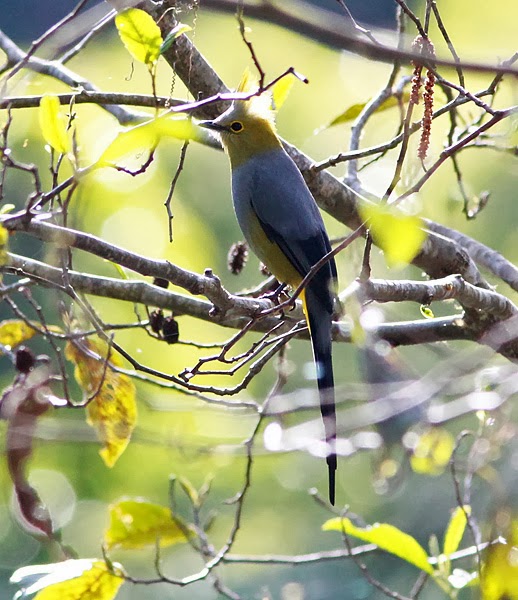 A poor shot of the beautiful Long-tailed Silky-Flycatcher.  There were two pairs right around the restaurant area and others up and down the river. Good views were frequent but they didn't sit still long enough for photos. This is a long distant crop. 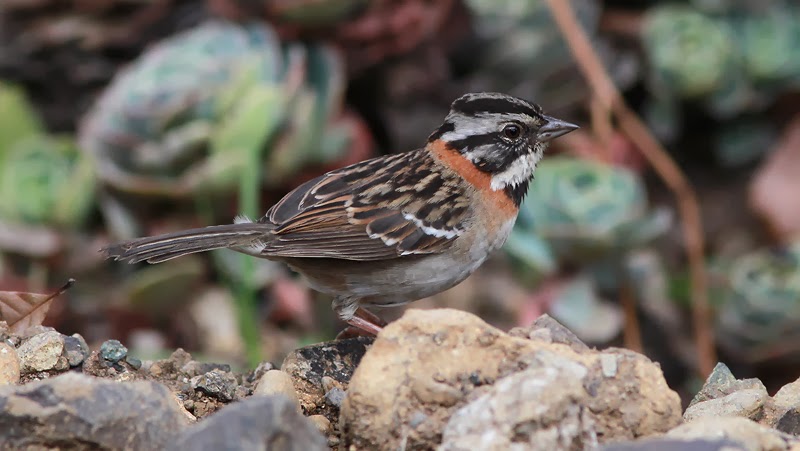 The Rufous-collared Sparrow was abundant and tame.  I waited until the last hour before I pointed the camera at one. The Flame-coloured Tanager is commonly seen in the flowers beds and bushes around the hotel grounds. Easy to see and photograph but I was forced to snap a feeder shot in the last minute. 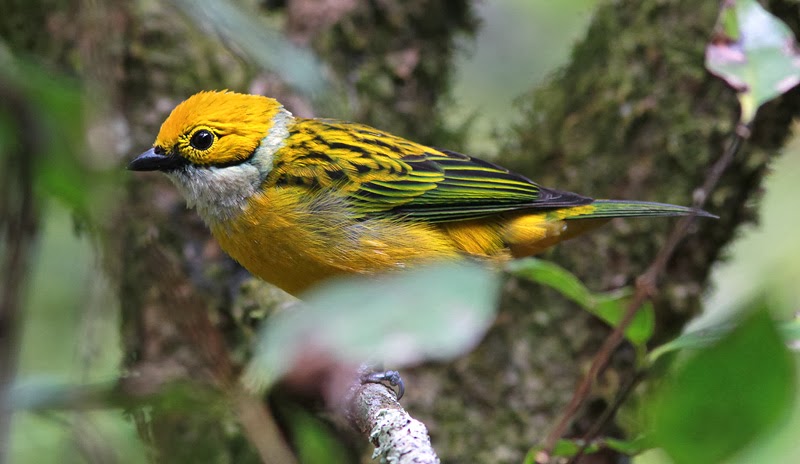 Silver-throated Tanagers are fairly common in the area and often part of the mixed feeding flocks. 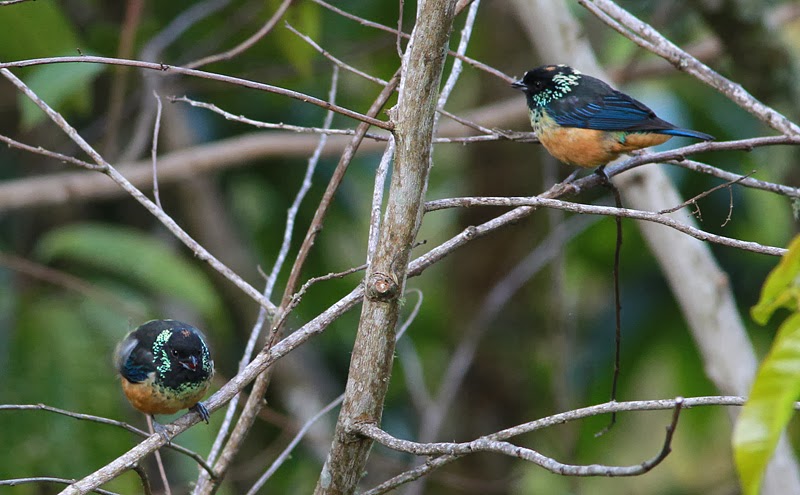 Spangle-cheeked Tanagers are local favs but were scarce on this visit unlike 2008 and I was lucky enough to get this photo on the last morning.

Currently at Hotel Bougainvillea, outside of San Jose. Wednesday afternoon we fly home. According the Environment Canada it is presently -18C with a wind chill of -33C in St. John's, Newfoundland.  Difficult to imagine such cold as I sit in the hotel room after midnight listening to crowing roosters and constantly calling Common Pauraques.  Will have most of the morning to bird the fairly good habitat around the hotel.  It is going to be difficult to say good bye to Costa Rica. It has been a good trip.

Posted by Bruce Mactavish at 01:15