Yet another quiet Sunday birding around St. John's. Basically this means sitting by Quidi Vidi Lake half of the day waiting for a miracle while looking at the same old ducks and going through the gulls seeing the same old species.  No miracle bird noted today.  Attached are a few pictures of the day. 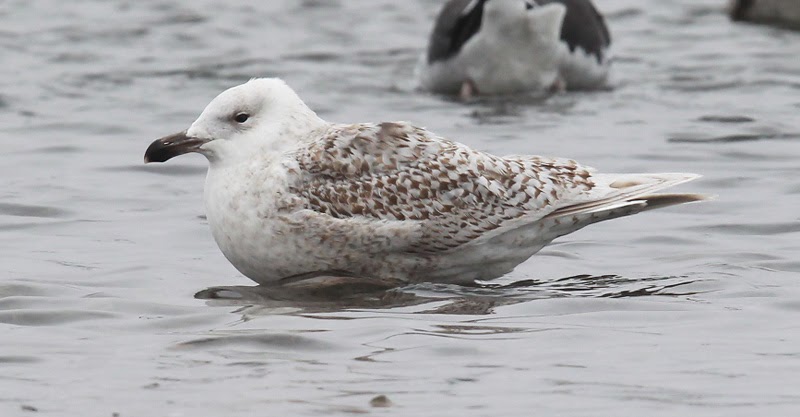 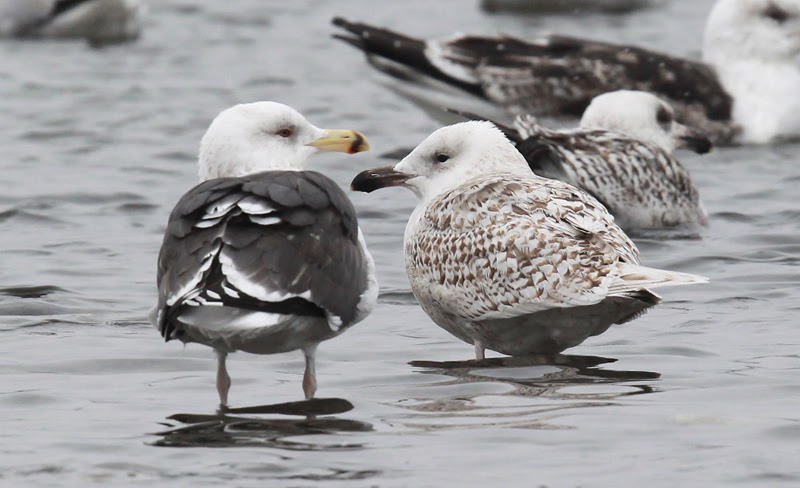 The first three pictures are of a 1st winter hybrid GBBG x GLGU.  This hybrid combo has surpassed HERG x GLGU as the most numerous combo in St. John's during winter. Numerous is a relative term, hybrid gulls are still rare compared to the Pacific coast of North America. 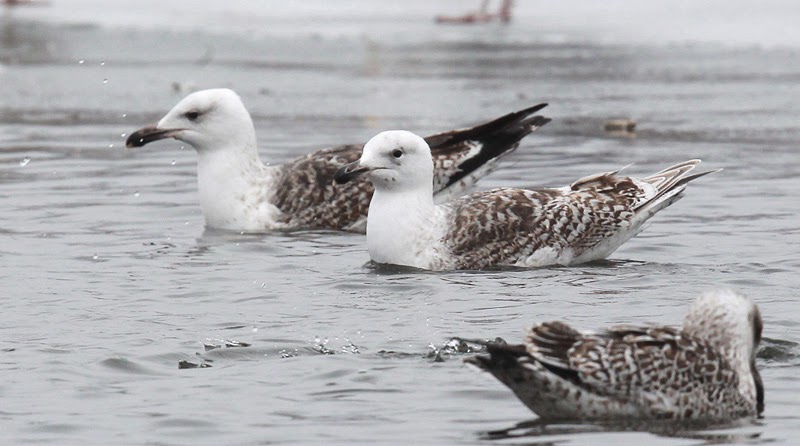 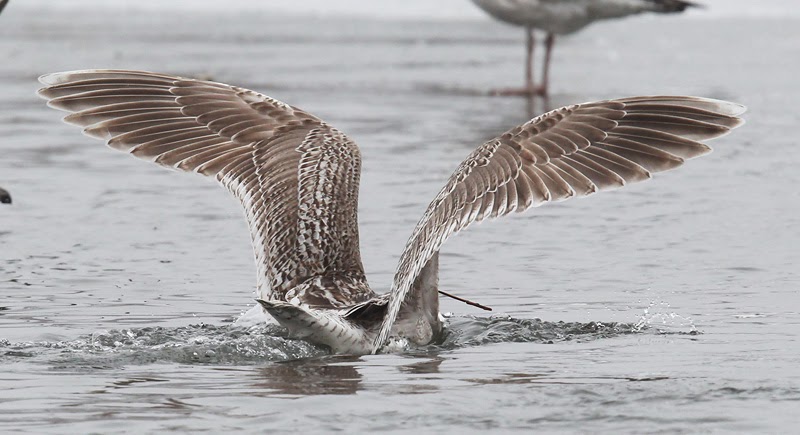 The above two photos are of a 2nd winter hybrid GBBG x HERG. In the first picture the hybrid is swimming with a pure GBBG of the same age. The pale primaries are the key feature in picking out all ages (including adults) of this hybrid combo. 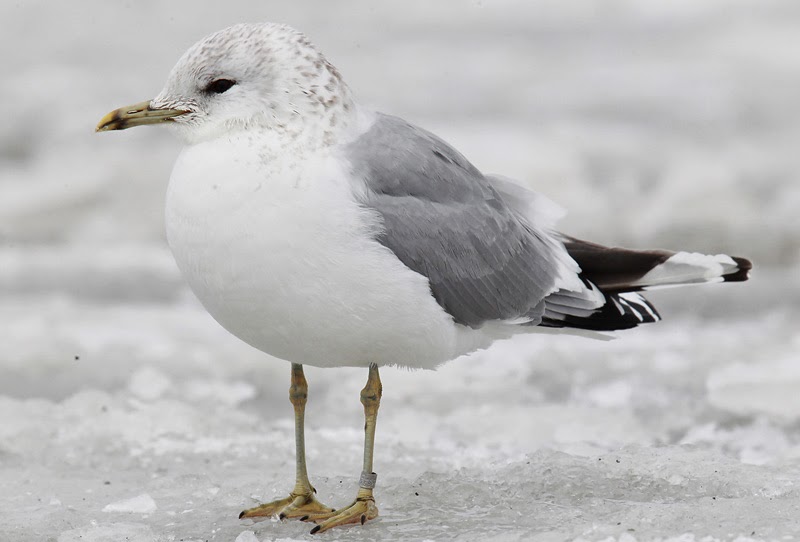 This adult Common Gull is a winter fixture  at Quidi Vidi Lake. It was banded in St. John's when in 2nd winter plumage three winters ago. So the bird is now nearing the end of it fourth year of life.  It's 4th birthday will be in June 2014. 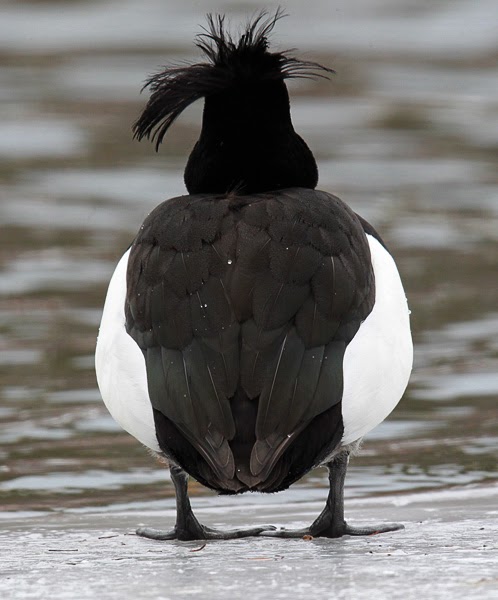 There are endless opportunities to photograph perfect plumaged Tufted Ducks and both scaup species at QV Lake.  They do look good but I don't use up too much digital space on them. 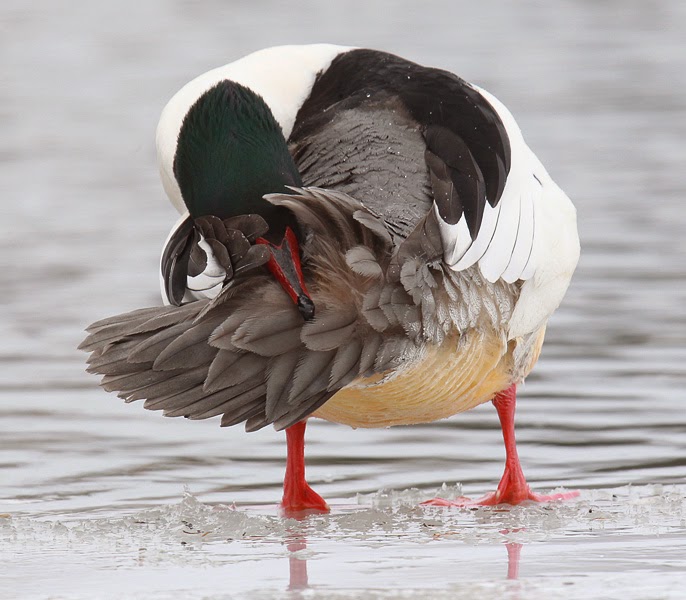 Common Mergansers became a hit for photographers this winter when they started showing up in confined water holes at the lake. 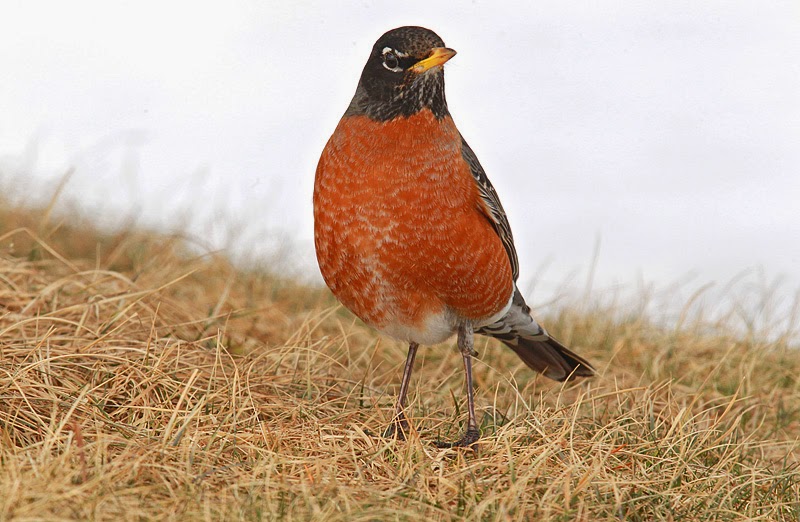 I did check out other ponds and the harbour today. At the pond in front of the Health Sciences Building I was distracted from the gulls and ducks by a good flock of robins, about 75, that started feeding on the bare patches of grass under the ornamental pine trees. There is a realistic chance there could be a wintering Redwing among them. As per normal when you are getting deep into checking out a winter robin flock a Sharp-shinned Hawk flies in to ruin the party. Usually the hawk disperses the birds and then goes on without catching anything. That is what seemed to be happening again as the 75 robins shot into the air  and headed toward Long Pond.  Then I heard the squealing and looked over to see a puff of feathers. The hawk had surprised a robin and me. They went down behind a snow bank.  The crows reacted and sat low in the trees cawing angrily and looking down to where I was guessing the hawk was.  I drove the car over to the next parking lot to see what I could see. 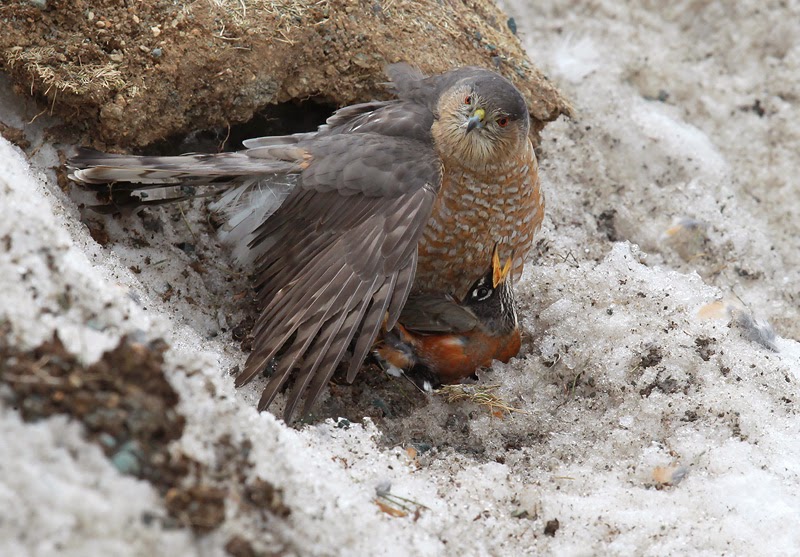 The Sharp-shinned Hawk was mantling his prey to shield it from the view of the crows that could potentially drive it off the prized prey. 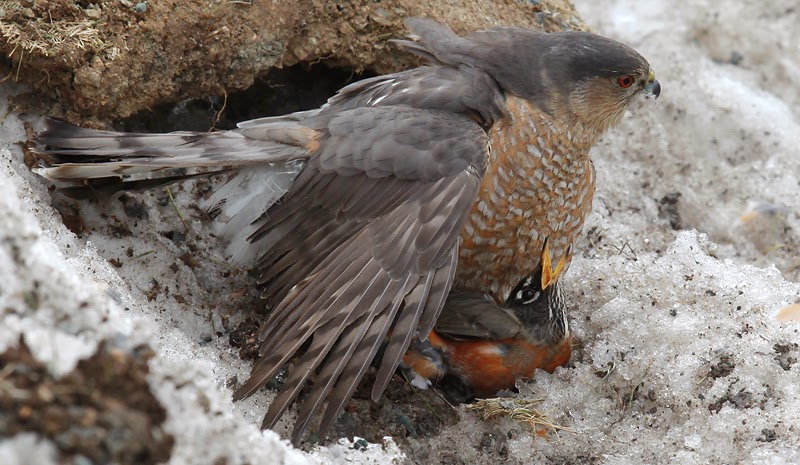 The robin was still alive.  I am thinking it didn't want to draw attention to robin by killing it while the crow were watching. 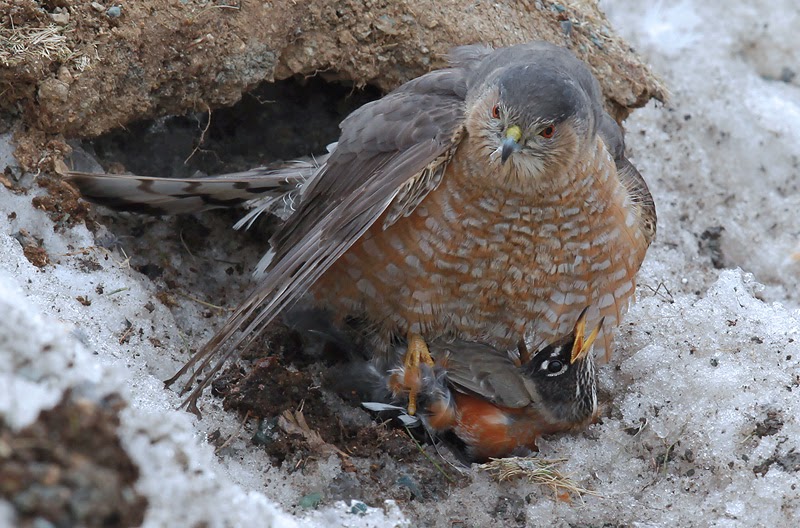 The robin was alive in the talons of the hawk for 2 or 3 minutes.  When the bird was finally dead (suffocation?) the hawk picked it up and flew low and rapidly over the lawn into thick cover where it could enjoy that fat robin in peace.