A beautiful clear cool day in Savegra.  Early morning was like a cool very clear day in late September on the Avalon. Went on a six hour walk up the hill/mountain and then birded around the hotel area.  Lots of very nice birds.  My one lifer was half way up the mountain - a Streak-breasted Treehunter. Saw it in the same place on the way up and down.  Second time it was with a mixed flock of birds that included a GOLDEN-WINGED WARBLER!  Sure wasn't expecting that.  My warbler list for the day was Golden-winged, Black-throated Green (6), Wilson's (30), Flame-throated (5), Black-cheeked (15), Collared Redstart (4). other N Am birds including Wood Thrush, Philadelphia Vireo (2) and Baltimore Orioles.  I'd tell you more about some of the cool brush-finches I saw today but I don't have my field guide with me in the internet bar and and can't remember their correct names.

Ironically the two best birds of the day were within five minutes of the restaurant.  See the photos. 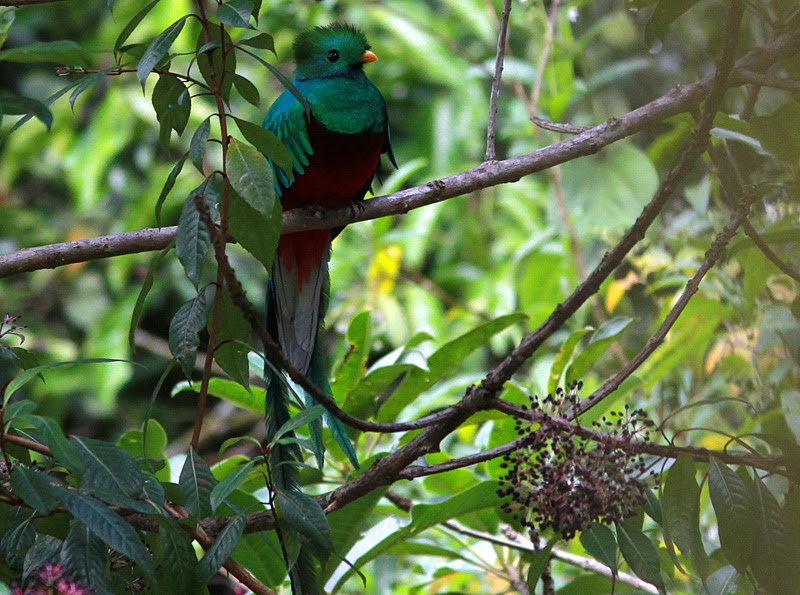 It would not be right to leave Costa Rica without seeing this bird!  The place where I encountered three of them in 2008 didn't have any today, so it was a little relief to see this one. 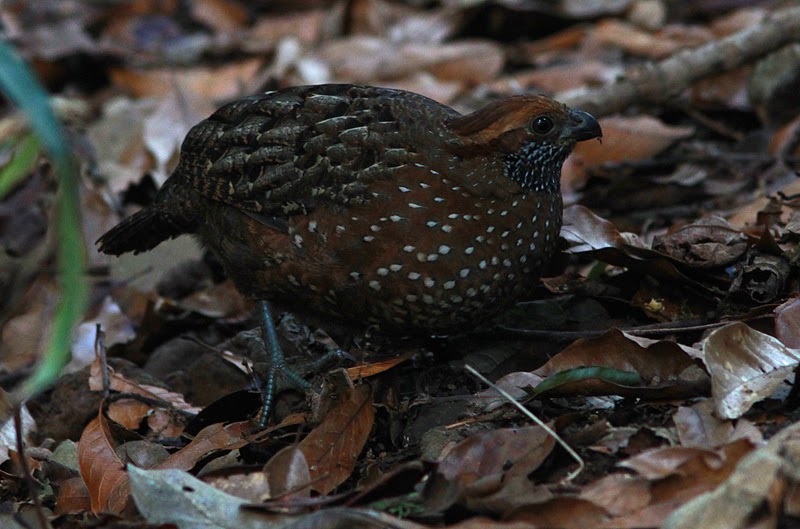 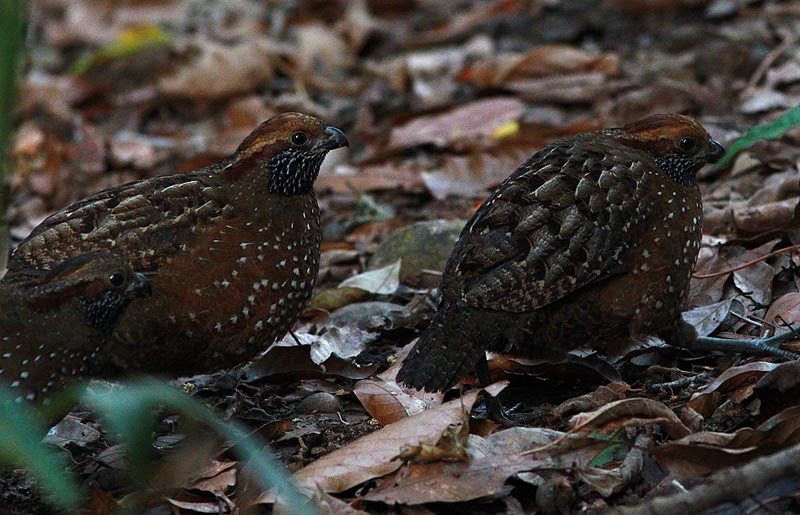 In 2008 I was considered lucky to have encountered Spotted Wood-Quail on a trail high in the mountain. So a  group of four scratching in the leaves next to a fairly well used trail around the hotel complex was baffling, but accepted with grace. (ISO 4000 for these photos)