Seems a small hope that I'll get through all my Costa Rica shots while the trip is still fresh in my mind.  These are the last from Savegra. 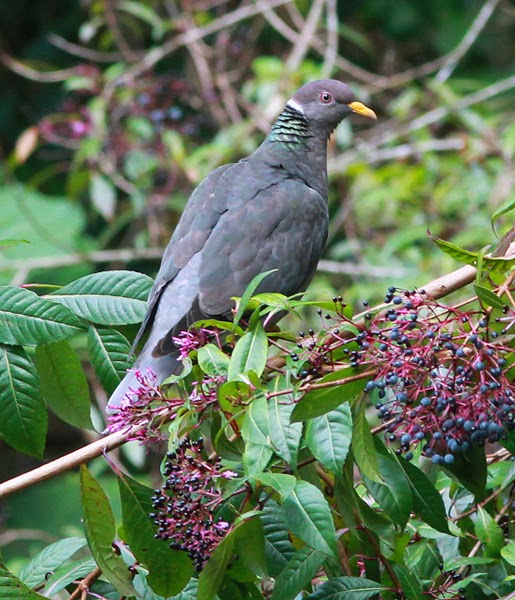 There were odd reminders that the mountain ranges down the spine of Costa Rica are linked with the mountains of western North America all the way to the Rockies of western Canada.  Band-tailed Pigeon (above) and American Dipper (below) are fairly common at Savegra. 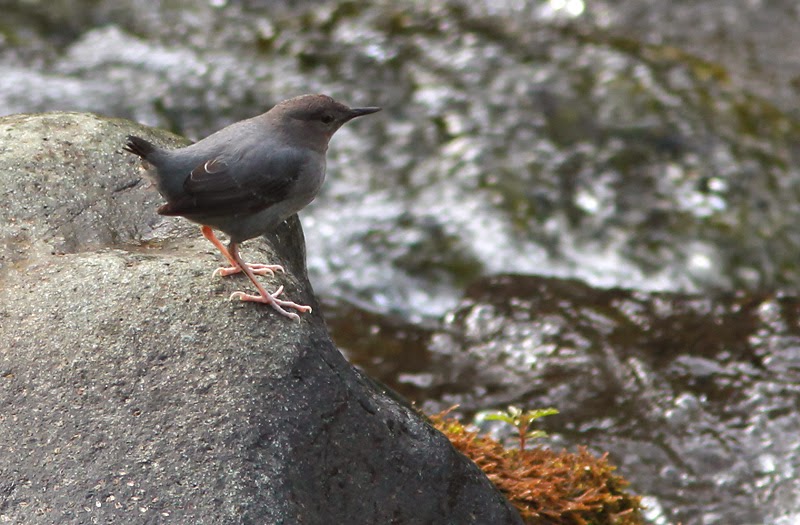 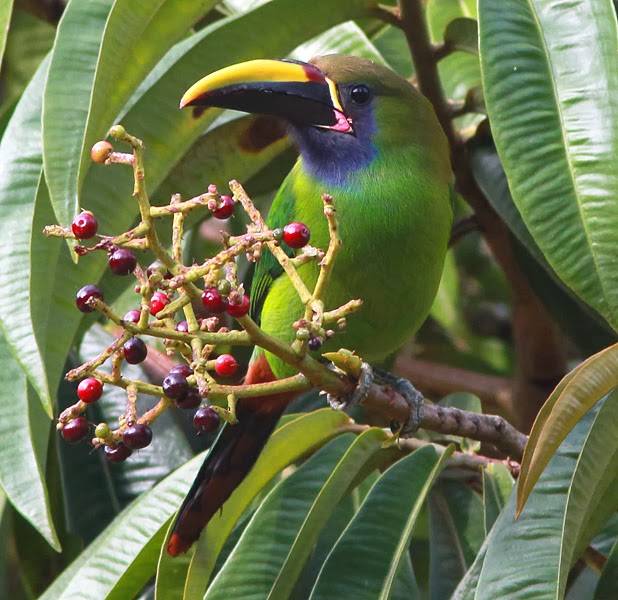 However, it does not take long to remind yourself where you when you turn around from a watching a pair of Dippers in the river and see this Emerald Toucanet having breakfast on roadside berries. 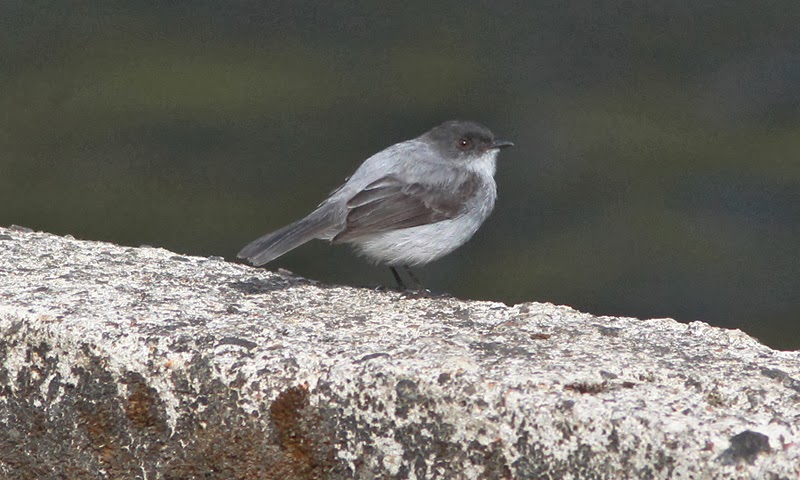 Another river speciality are the Torrent Tyrannulets that fly catch around the river boulders. 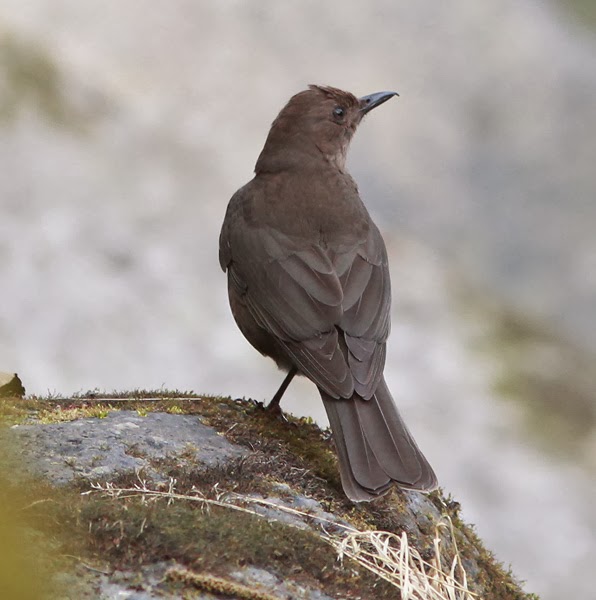 Mountain Robins were uncommon compared to the ubiquitous Clay-coloured Robin and were usually higher up on the hill where few CCROs were present.  The dark bill (yellow on CCRO) is the sure fire mark to ID Mountain Robin. 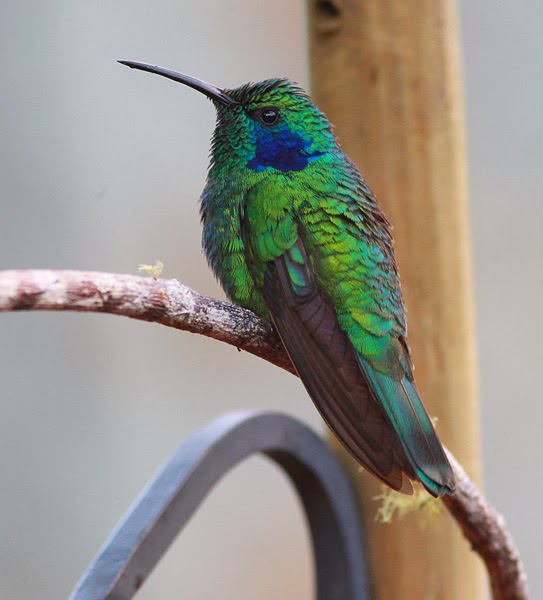 There are endless opportunity for point blank hummingbird photos at the hotel feeders. I mostly just looked at them.  Green Violetear (above), Magnificant Hummingbird, White-throated Mountain Gem and Volcano Hummingbird were the most numerous species. 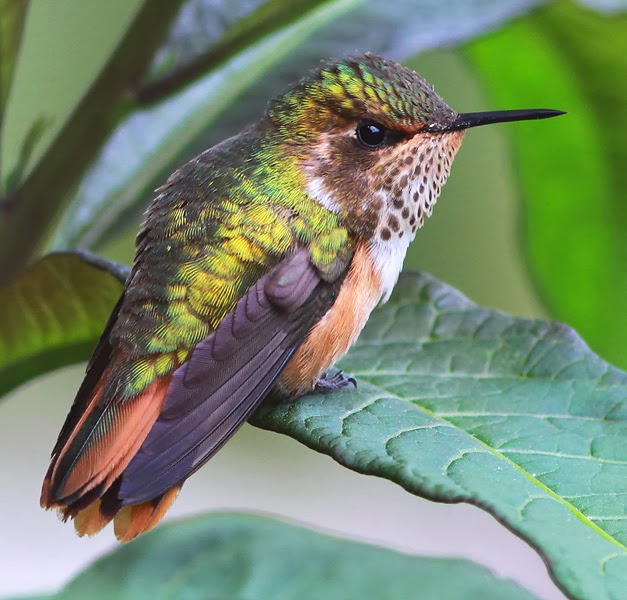 The Scintillant/Volcano Hummingbird duo look very similar. Both are listed as common around the hotel.  In April 2008 I identified only Scintillant where as in early March 2014 they all seemed to be Volcanos. The dark central tail feather on the females is supposed to be good enough to separate from Scintillant. There were nearly no males but dozens of females were present at the feeders and in the wild flowers. 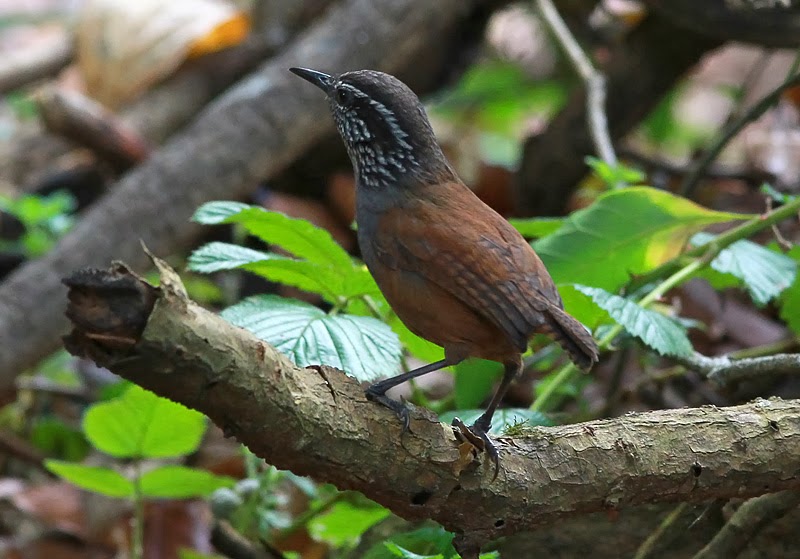 The Gray-breasted Wood-Wren is commonly heard but is surprisingly difficult to see even when at close range. This is a miracle shot to get one fully in the open. 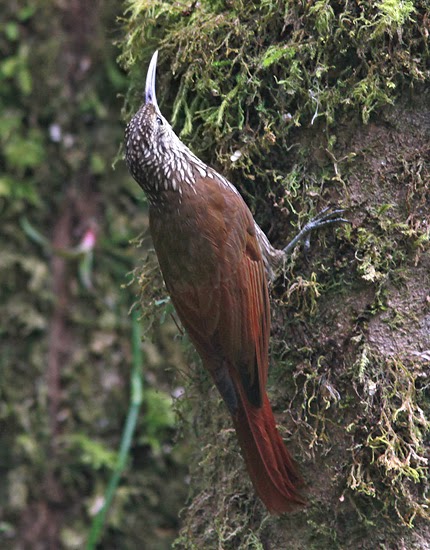 One of the extra pleasures of birding the Savegra area is that you can confidently identify all the woodcreepers you see because there is mercilessly only one species in the area - the Spot-crowned Woodcreeper. 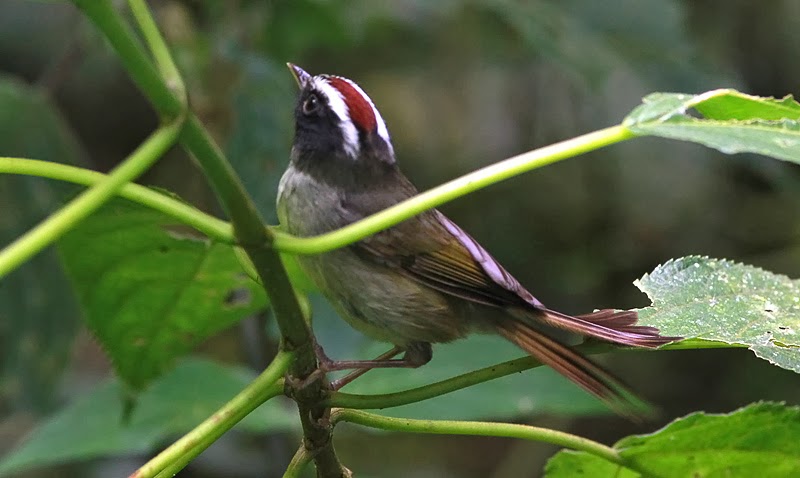 Black-cheeked Warblers are pleasantly common on the hill (small mountain) behind the hotel. They often form the nucleus of feeding flocks. They shun the sunlight preferring the  dark undergrowth in the forest. While easy to see well you need lots of ISO to get any kind of a photo. 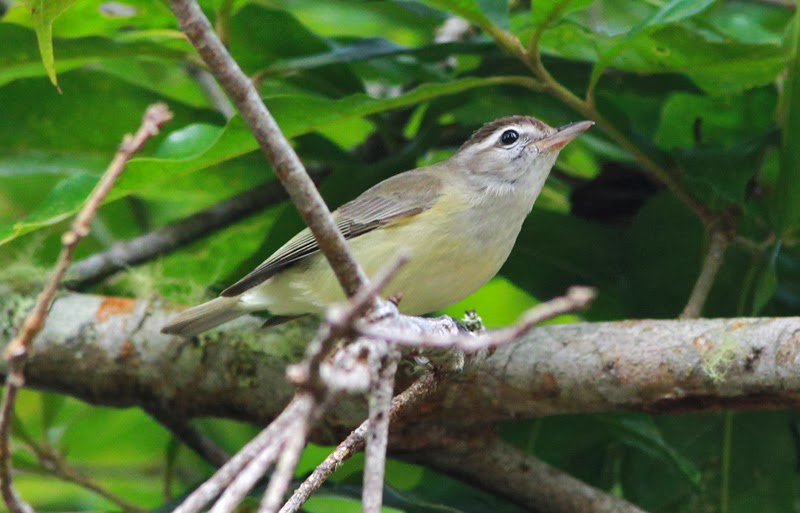 The Brown-capped Vireo (above) and Yellow-winged Vireo are fairly common along the river. The only other vireo species I saw was Philidelphia (!) with up to five per day. 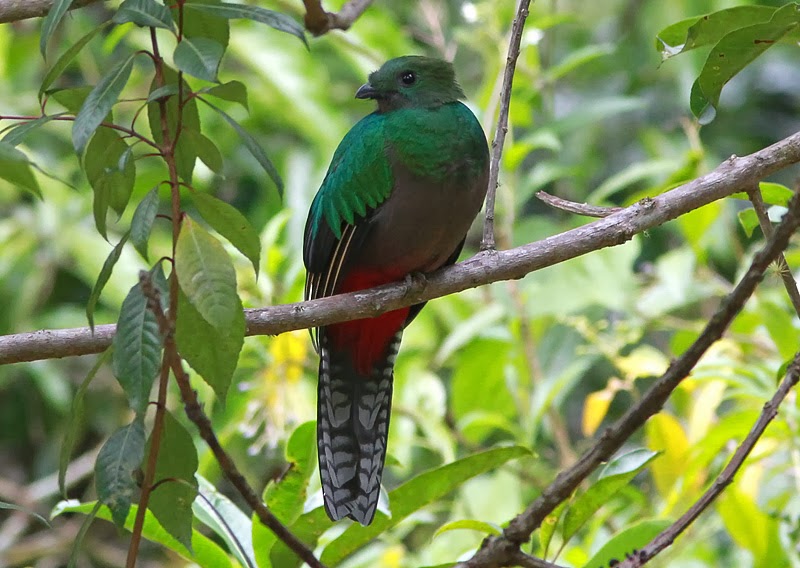 All of the hotels along the Savegra River Valley have the Respendent Quetzal on their signs. It is the Atlantic Puffin of Costa Rica, the money bird. This pair was investigating a nest hole only five minute walk from the restaurant. Saw one other male feeding in a traditional tree about 15 minute walk down the road. The true colours of the spectacular male can not be captured digitally. 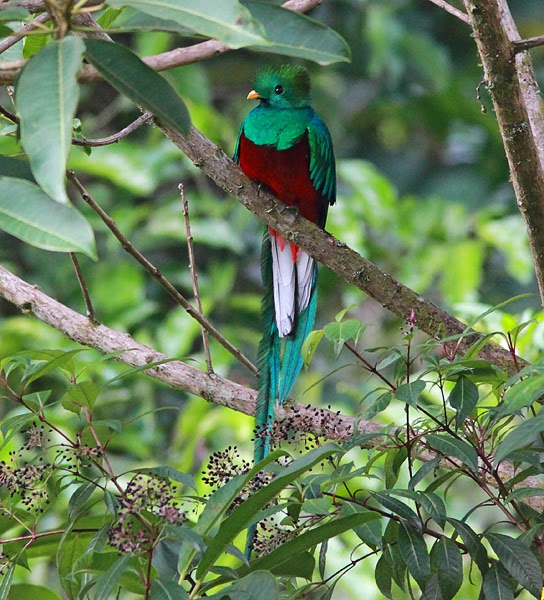 Posted by Bruce Mactavish at 22:41