The First Nearly No Birds Posting

Birds are the best but at times the outlay of the planet earth actually overwhelms the birds for even the most focused self-centred bird addict for brief periods at least.  Last week work took me to the northern tip of Baffin Island for an aerial survey of marine mammals. Any work with the word Arctic attached is bliss for a birder.  The Arctic is a huge domain. There are many bird bleak areas. In fact much of the Arctic is that way.

Pond Inlet on Eclipse Sound in northern Baffin Island is a destination for tour ships and Arctic adventurers. The tides between mainland Baffin Island and Bylot Island (a Baffin Island rebel island) are strong and dynamic. There is a lot of marine life thriving here.  There is a lot to learn about the place but narwhal congregate here in summer which is why we were doing aerial marine mammal surveys.

In the off-time before and after 'work' there was interesting birding to be had from the community watching the swarms of kittiwakes and fulmars looking for food over the riptides.  Pomarine Jaegers were numerous challenging the kittiwakes for their meals of Arctic cod. 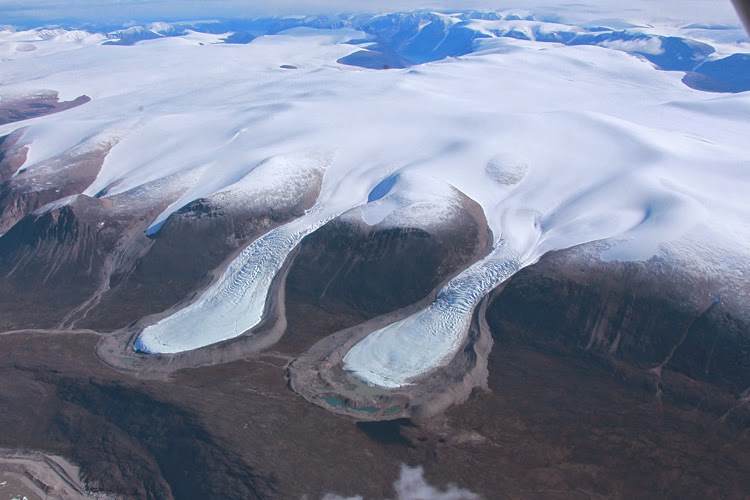 On the way to my work there were living glaciers at work on the same project of grinding valleys out of rock for the last multi-thousand years.. 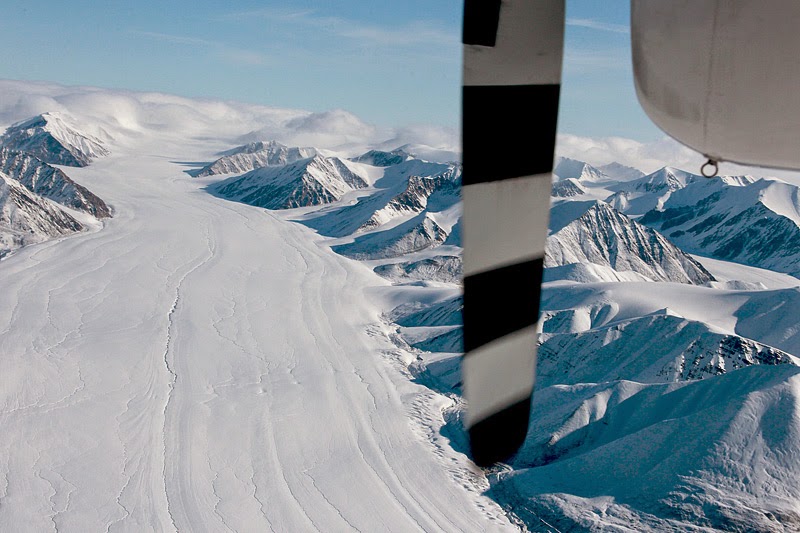 A glance out the window of our twin otter survey plane on route to the start of the morning's surveys over Eclipse Sound. 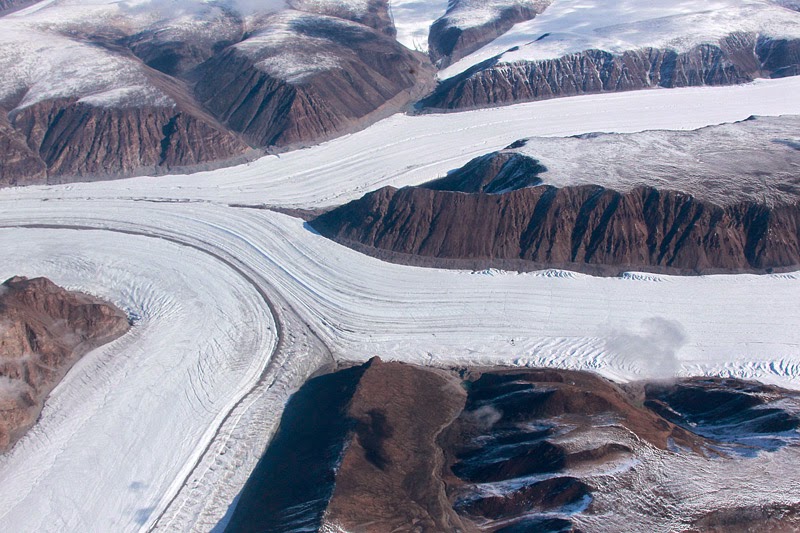 There was no end to the glacier shots one could take on the way to work.  Too bad there were two layers of plexiglass between the lense and the outside world. 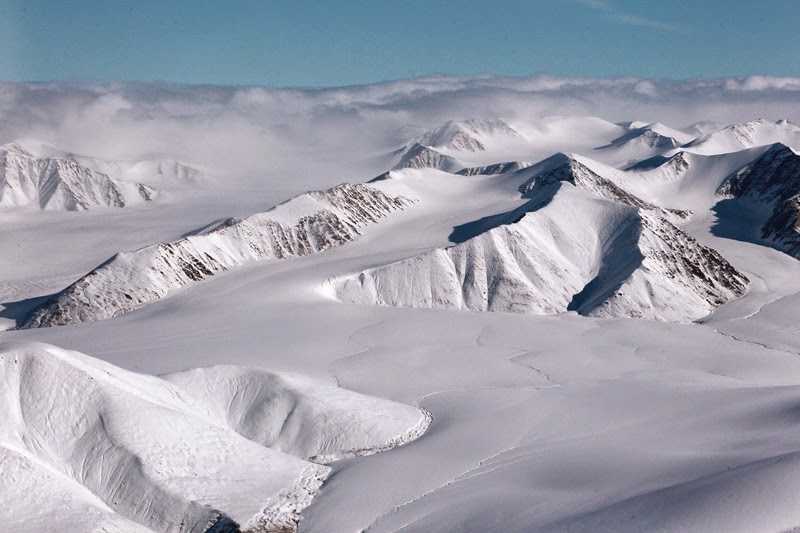 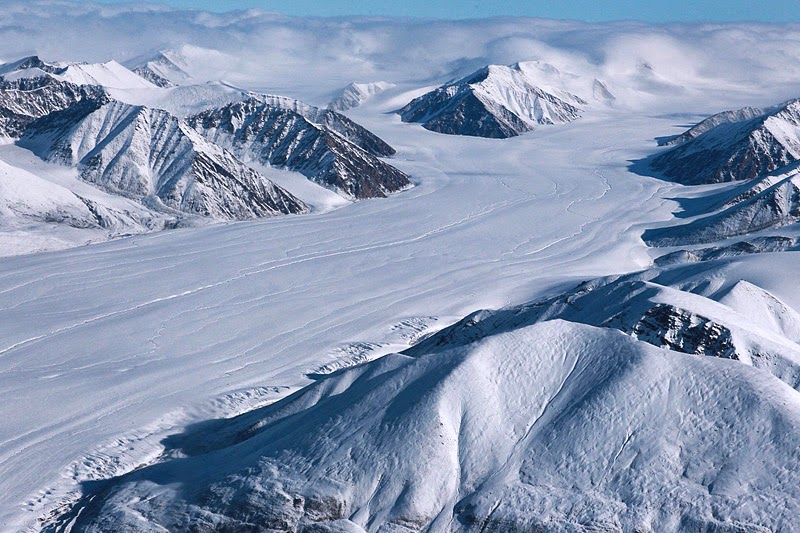 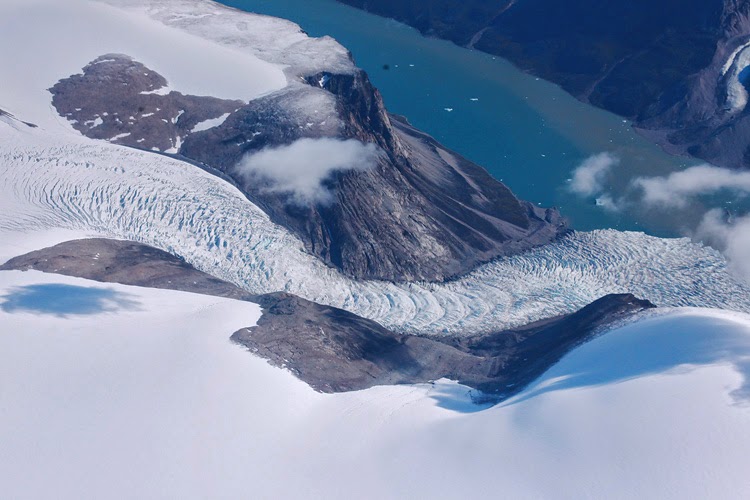 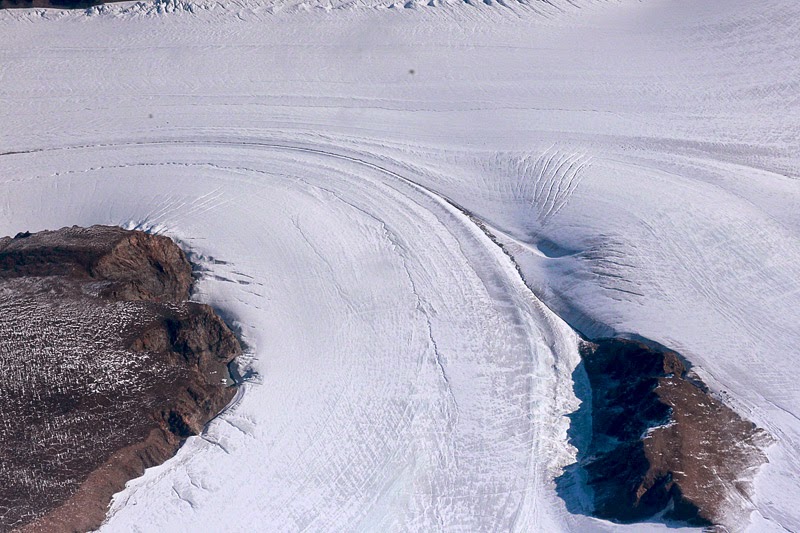 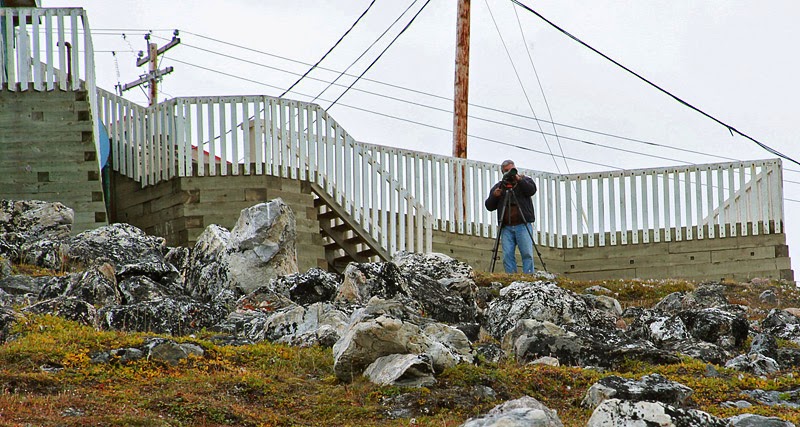 Wayne Renaud at Pond Inlet scoping the kittiwake flocks for Pomarine Jaegers hunting out in Eclipse Sound. Snow Buntings, Lapland Longspurs and ravens were routine sightings from our seawatch location. On one occasion two juvenile hornemanni Hoary Redpolls fed on the slope near us.  You really don't know hornemanni HORE until you've seen the true northern redpolls. They are so big they probably could not physically even mate with any other 'race' of redpoll.  It was the one time I did not bring my camera with me but great views with the 30X scope. 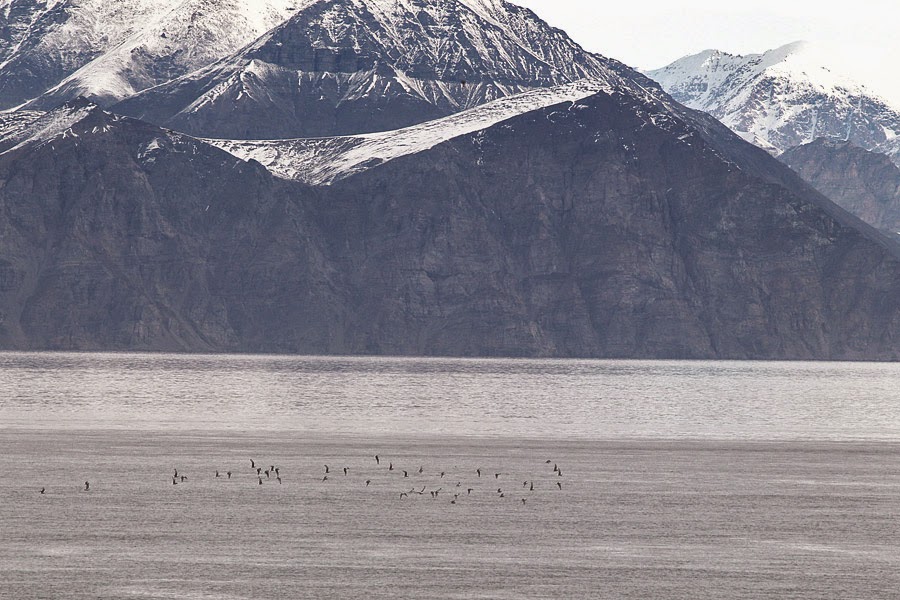 Classic scene of a flock of kittiwakes roust up by a Pomarine Jaeger in Eclipse Sound. That is the mountainous Bylot Island in the background some 12 km away 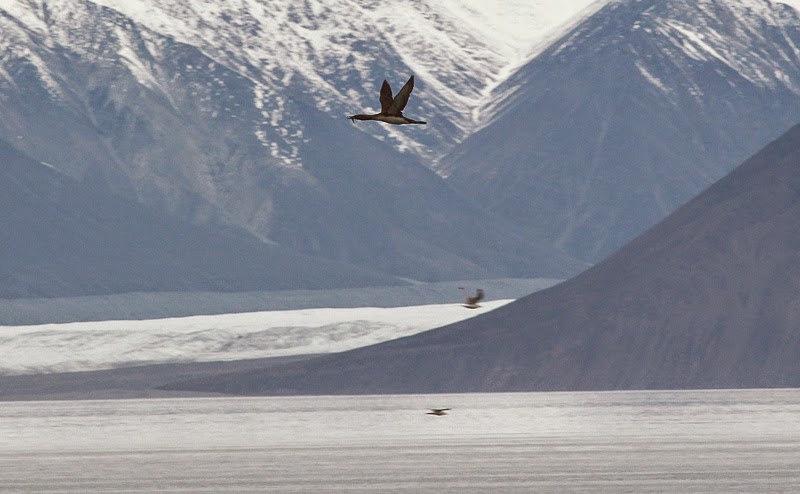 If you look closely there is a fish in the beak of that Red-throated Loon en route to a feed a youngster on a small pond some ways back in on the barrens behind Pond Inlet.