On the way to do some Marine Mammal Surveys at Pond Inlet, NU at the north end of Baffin Island,  unexpected logistics meant that we had to overnight in Iqaluit, NU at the south end of Baffin Island.  It was the first sunny day after several days of rain in Iqaluit.  Wayne Renaud and I took the 'downtime' to do some local Iqaluit birding on foot. A three hour walk along a river and back on the road to hotel produced a few birds.  Birds were uncommon, except for raven and gulls. There were no shorebirds or waterfowl though the habitat looked good. There were about 100 gulls on rocks in the river. Not close and on the wrong side of the sun it was difficult identify everything but we did see one adult Lesser Black-backed Gull, 4 Great Black-backed Gulls (subadults), 15 Herring Gulls, 40 Glaucous Gulls and the rest unidentified.  LBBGs breed at this latitude in Greenland, a possible source of this bird.

Passerine list was six Northern Wheatears, all juveniles (three singles and a group of three), about 10 Snow Buntings and six Lapland Longspurs. These three species are local breeders. 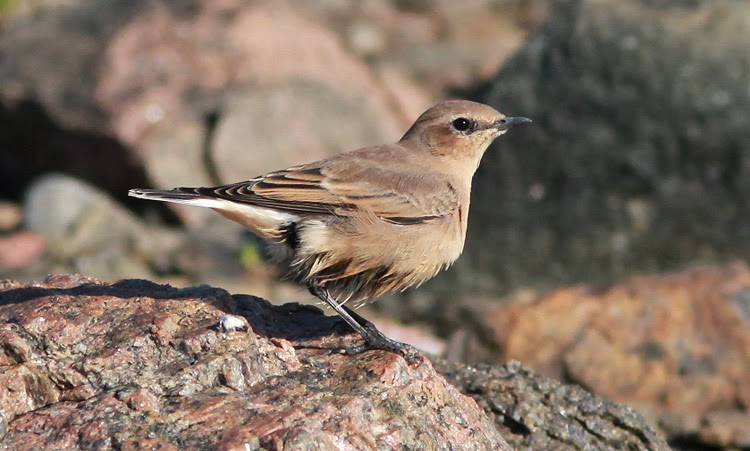 Caught in the act of being a wheatear, this bird was surprised to see me peak over a rock. Wheatears are unnecessarily wary. 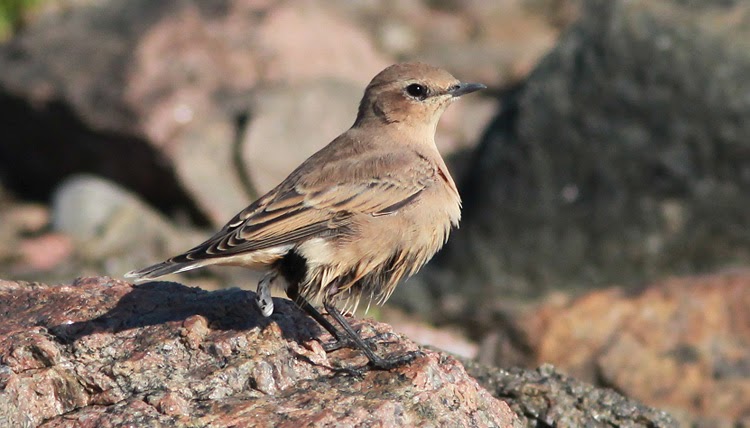 What does a bird often do before flying? Yes - another species for the "while shitting photo list". 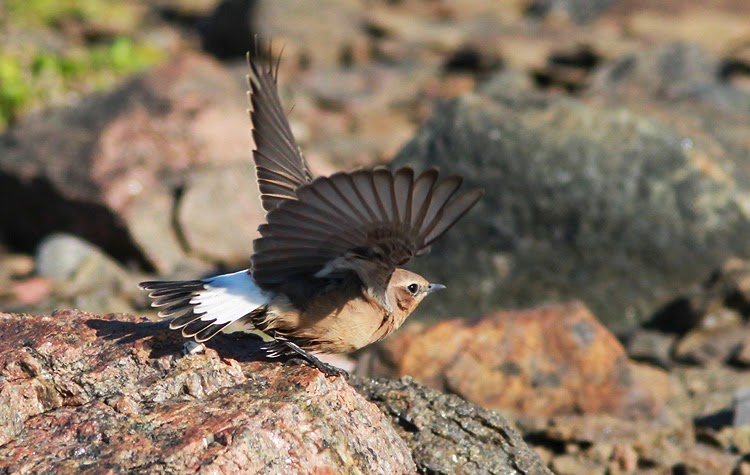 A glimpse of the patented white arse that gives wheatear its name. 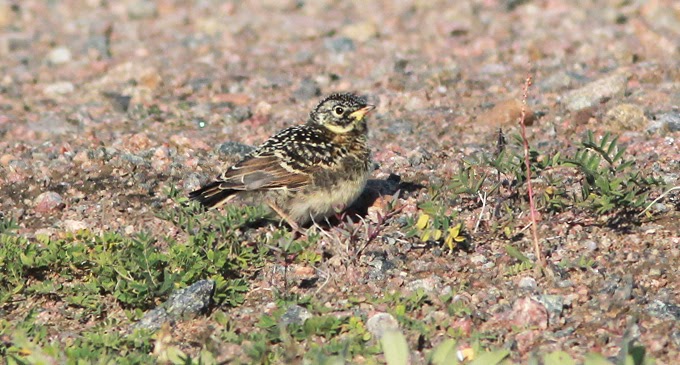 Answer: juvenile Horned Lark still be fed by a parent.