During my week off work shorebird photography was one of my goals especially adult Semipalmated Plovers with big breast bands. Easy enough. There is Renews and Bellevue. Two great locations for shorebirds.  Tuesday was Renews. I stationed myself among the rocks where I 'knew' the shorebirds would appear as the tide rose. There was an odd dire dearth of shorebirds on Tuesday. And those that were there chose the other side of the harbour to rest at high tide. 2 1/2 hours waiting and not one photograph. 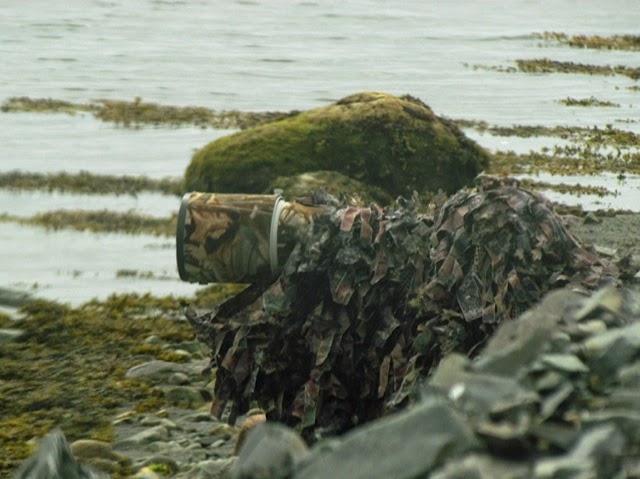 A rare photo of Kelp Man taken by Alison Mews through the wind shield of her car at Renews. She almost blew the opportunity thinking it was a fancy beef bucket sticking out of a pile of kelp until she noticed movement beneath the kelp and realized it was indeed Kelp Man.

On the way home stopped in at Mobile to see the Little Gull that just will not go away.  Never was a Little Gull so stationary in the history of Newfoundland birding. It is so attached to a couple of rocks that if Herring or Great Black-backed Gulls are sitting in its place, it will fly up and down the shoreline until the site is free again. 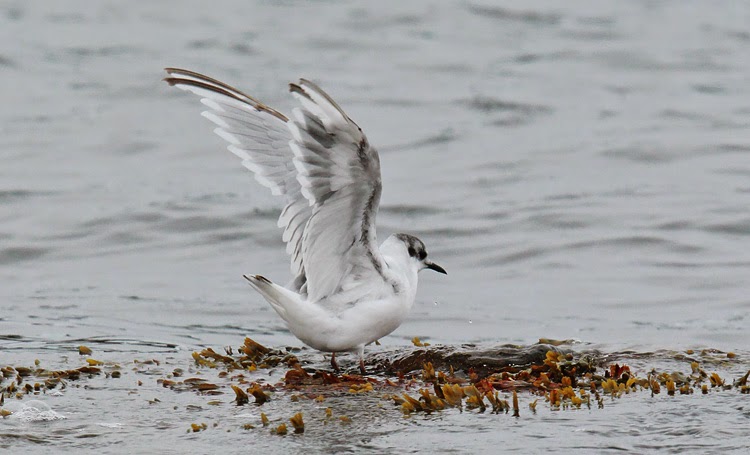 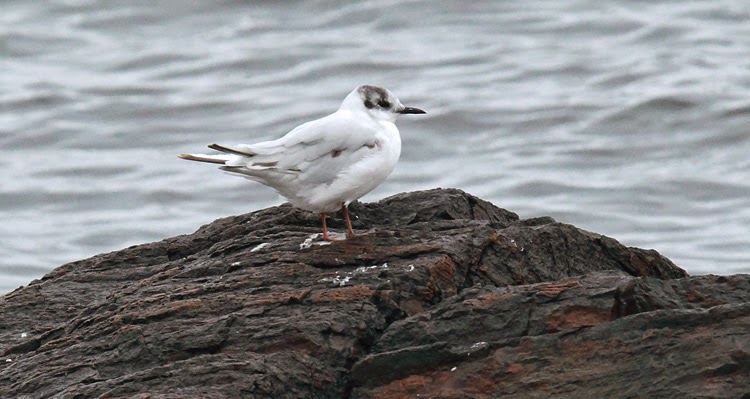 Today it was Bellevue Beach for shorebirds.  The tide was right for arriving early in the morning and making the 30 minute walk down the beach to the tidal flats for excellent views and good photo opts of many shorebirds of good diversity Newfoundland style.  Either I forgot to look at the weather forecast or didn't notice the mention of possible rain. I arrived at 07:15 as rain started and continued non-stop until I gave up and left at 11:00. I could see many shorebirds running around on the mussel beds through my scope included some red Red Knots. Also at least three Bonaparte's and 9 Black-headed Gulls. 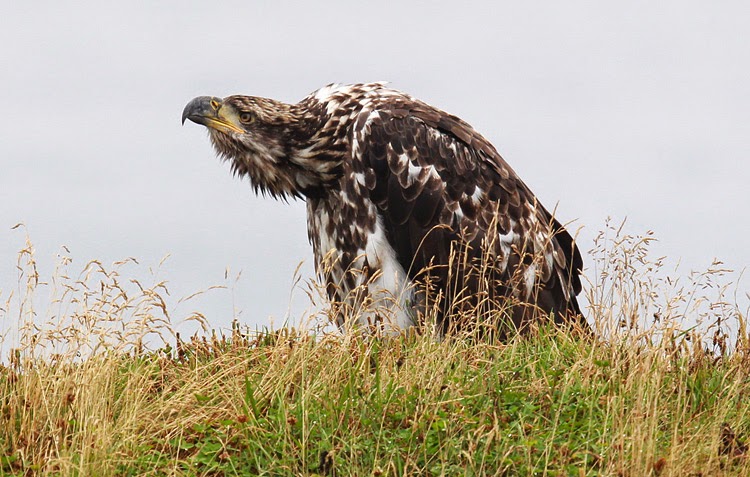 This Bald Eagle sat in the rain next to my car for 45 minutes. It was one of at least ten eagles loafing in the area.

Forget about shorebirds tomorrow. It will be a seabird day at Cape Race.  Post tropical storm Bertha will be weak and pass too far south to have much positive effect.  The NE winds should keep the fog down allowing views of the good numbers of shearwaters recently building up in the area.