COMMON REDSHANKS for the viewing.

Part of me was thrilled to the bone while another part of me said 'well there you are, what took you so long' when I first laid eyes on the COMMON REDSHANK at Renews Beach on Saturday. It was Ken Knowles and my first stop of Saturday morning down the Southern Shore. How high can you get on rare birds? Like drinking a good whiskey, the freshness of the high gets a little blurry when you begin to overdose. The Common Redshank came on top of a couple of Black-tailed Godwits, scores and scores of European Golden Plovers and the incredible Ross's Gull that Ken and I had both seen within the last seven days. A bottle of fine whiskey is easy to get but a week good bird highs is something else.

Common Redshank is a common breeder in Iceland and is one of the species we look for during spring influxes of Icelandic birds.  Yet it has occurred in only two previous years: five individuals at four locations within the time period of 28 April to 14 May 1995 and single bird in Happy Adventure in March & April 1999 which had probably overwintered.

This Common Redshank at Renews was a highly desired bird for all but especially for the people who started birding after 1999. The calls went out and everyone who came saw the bird. Another day with high fives all around.

On Sunday morning there was no Redshank to be found in Renews until 11 am. when Les Sweetapple and Keith Fillier arrived arrived at the main beach as saw TWO COMMON REDSHANKS. Once again all hell broke loose. People like me who had devoured Saturday's Redshank  drove the 95 km south of St. John's to see the new Redshank.

The birds did not get along too well and in the end the original Redshank drove the new bird away at high tide.  Who knows what will be at Renews beach tomorrow. Zero is one option but lately around here the sky has been the limit.

The task of keeping track of the Icelandic vagrants since 26 April is daily effort. I am behind on new weekend additions but the rough numbers of birds so far is.

Below are some photos of the two Common Redshanks at Renews from this weekend. 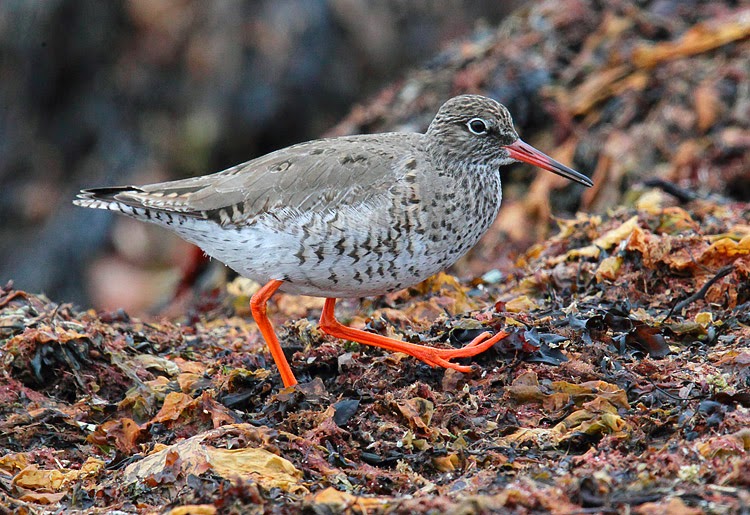 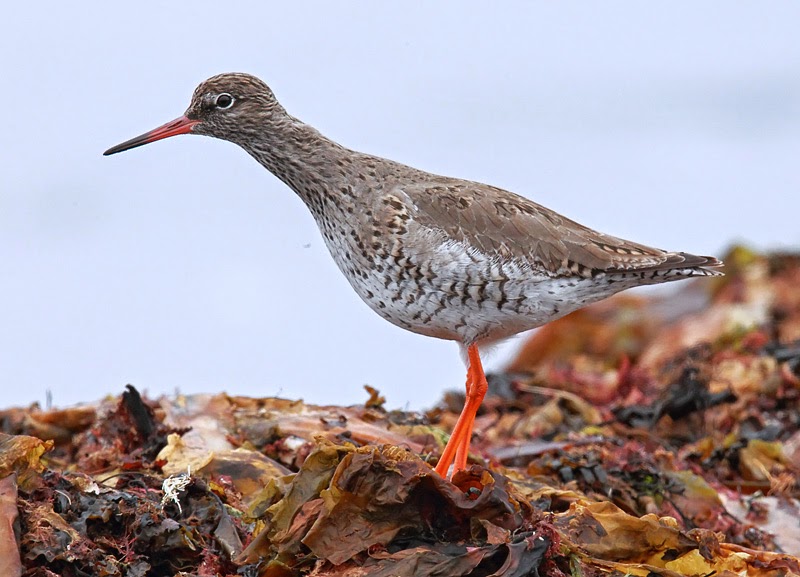 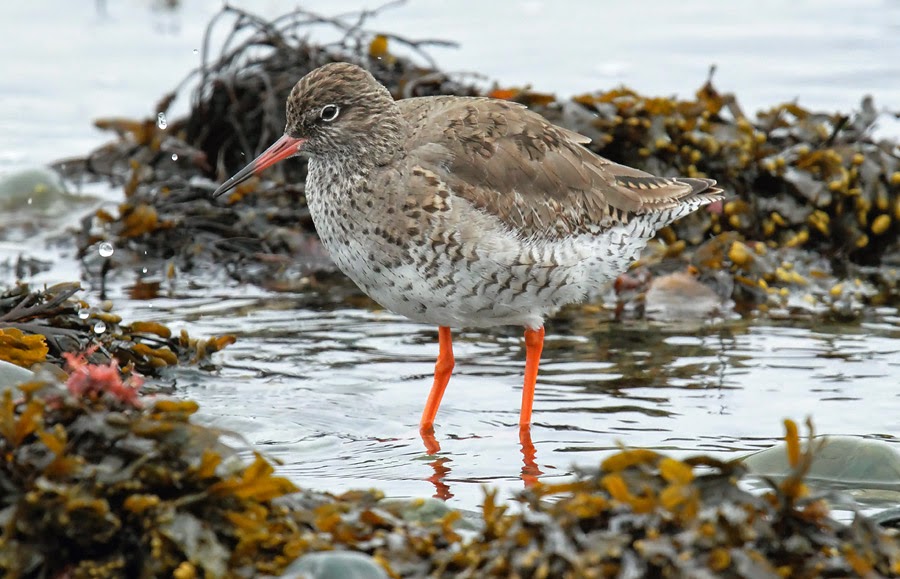 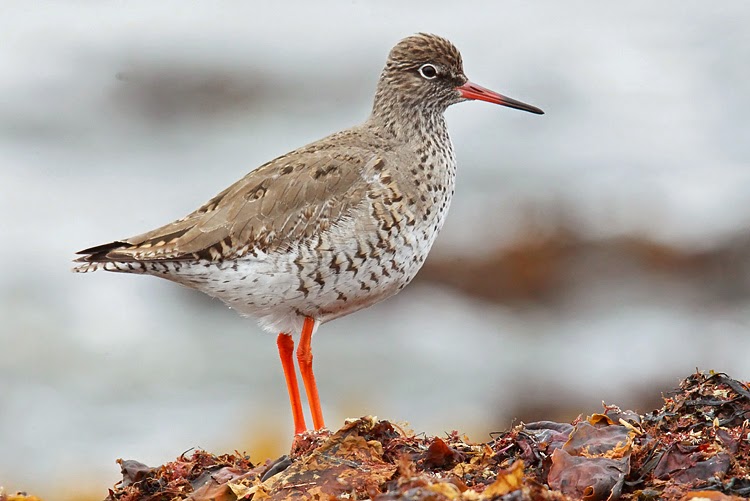 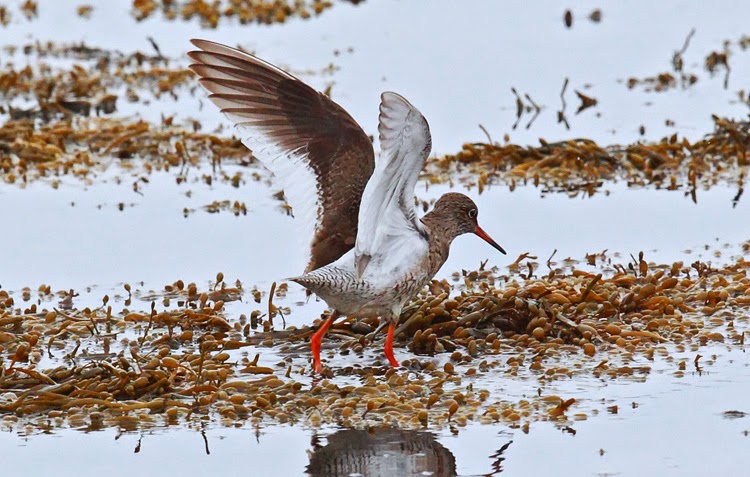 All of the above are Bird #1 which arrived on 3 May and was one of the two Common Redshanks present on 4 May. 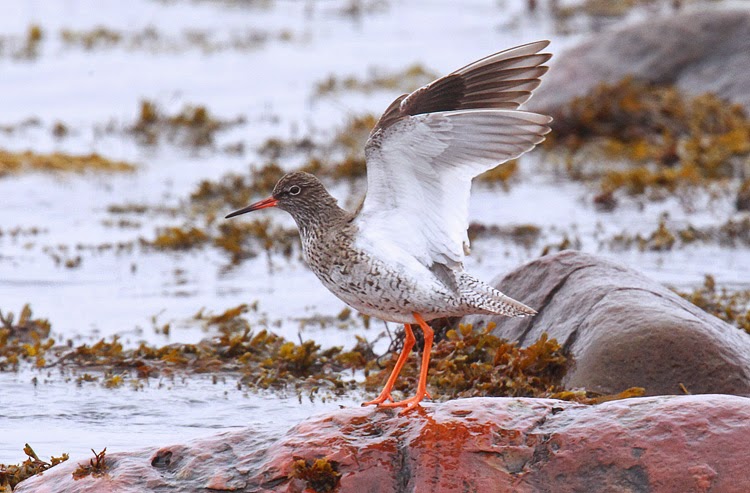 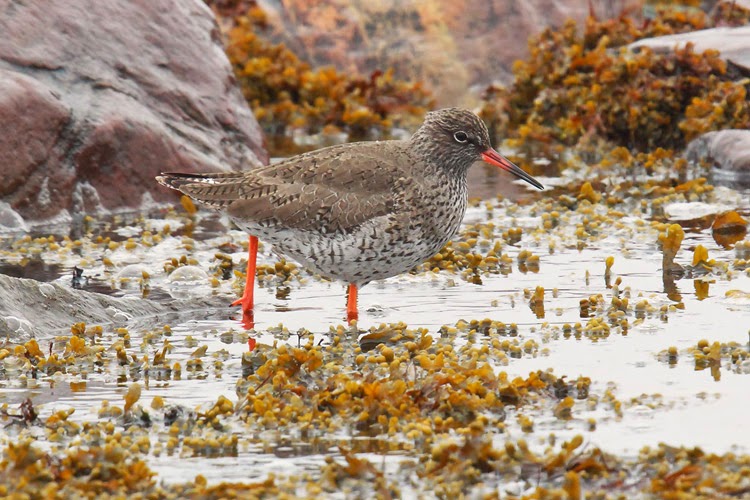 Bird # 2 (above two pictures) has different barring on the upper flanks and a darker throat. It was chased away by Bird # 1 in mid afternoon. 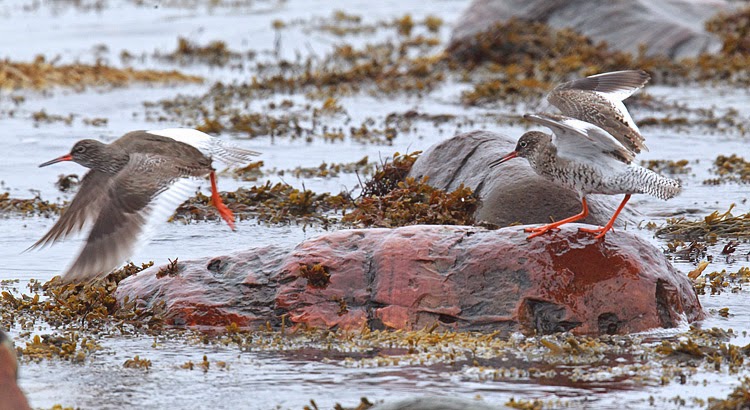 The Two Common Redshanks at Renews, Avalon Peninsula at 2 pm on 4 May 2014. The left bird was not seen after this chase.

Posted by Bruce Mactavish at 19:29