The juvenile Yellow-crowned Night Heron that surfaced in Torbay, Avalon Peninsula on 20 Sept 2013 was still present up to at least 6 October making it the latest individual for the province of Newfoundland and Labrador.  I visited it on Sunday 6 October just after a heavy rain.  It was a good time for catching large earthworms.  People in the area were all very familiar with the bird and enjoyed the birds popularity among the birders. 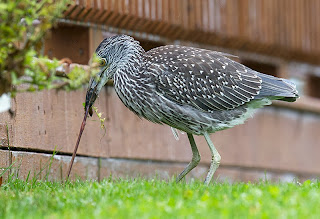 The heron was pulling large earthworms from the lawn like a giant long-legged robin. 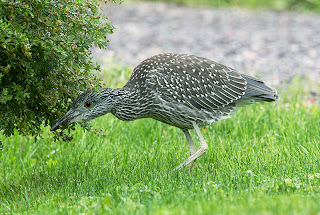 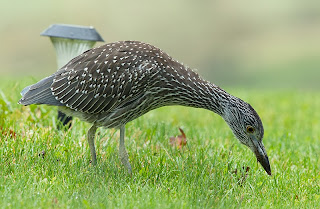 It hunted for worms under bushes and stalked them like fish in a pond on the open lawn. 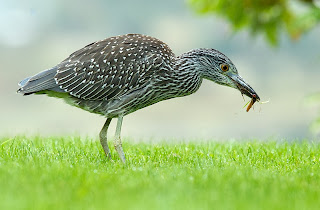 Frequently the heron ripped the top part of the worm off the rest of its body which escaped underground. 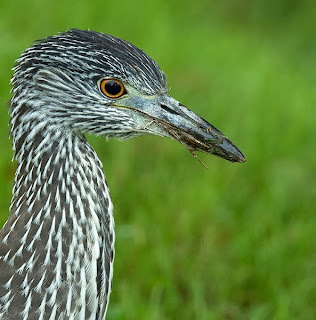 This Yellow-crowned Night Heron was very tame and provided sensational views for many people during its stay.