DAY 28 OF 35 AT SEA.
Shearwaters and storm-petrels are tough to photograph well from ships.  They do not come close enough.  Best chances for Avalon Peninsula birders to see and photograph Leach's Storm-Petrel (LHSP) is during Northeast storms in September and October.  Leach’s Storm-Petrels are infamous for being driven inland in the fall. These misdirected birds could be the young of the year which emerged from their nest burrows in September. With the largest nesting colony of LHSP in the world situated on Baccalieu Island (3 million pairs) at the mouth of Conception Bay it is no wonder that thousands get forced into the bottom of the bay during fall gales.  Holyrood is the ‘codend’ at the very bottom of the bay.  During a good northeaster there can be thousands trapped Holyrood harbour.
Observations are possible from within a parked car.  Soon as the lashing rain and winds die down the birds start to return back to open ocean so it is important to be there during the actual storm for full impact.  The views are fabulous through binoculars and photography options seem excellent but the light is always very poor and there is usually horizontal rain.
During an unseasonal NE gale on 8 Aug 2011 conditions worked out for photography. There is more light in summer than fall and the rain was light even during the peak of the gale.  Plus the birds were not all in a rush to leave as the storm started to depart. There was something driven in to the cove the birds were eating.
The following are some of the better of the 3000 shots taken that day.  The use of a Canon EOS 1D Mark IV with excellent quality higher ISOs (ISO 1250 & 1600 here) and the 300mm f2.8 lens made these pictures possible. 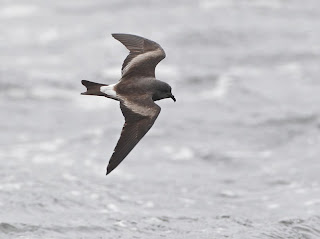 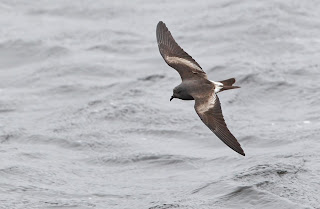 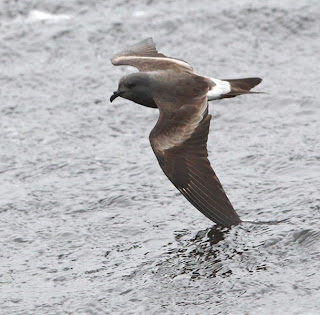 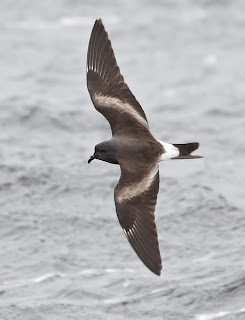 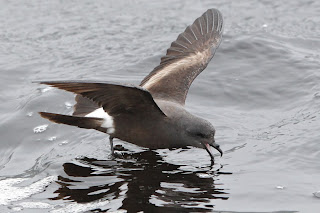 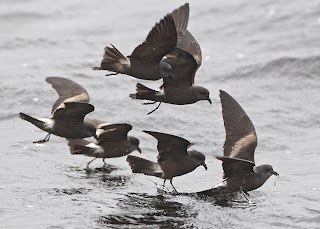 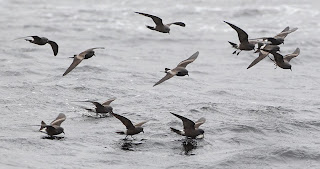 Posted by Bruce Mactavish at 15:34