Sunday was bright, very windy and cold.  Birded from the car only.  Went back to Chamberlains, Conception Bay to check on the sewer outflow. No Black-headed Gulls this morning but there was an adult Common Gull. It still had winter head streaking.  It was probably not one of the three that wintered in St. John's based on wing tip pattern. 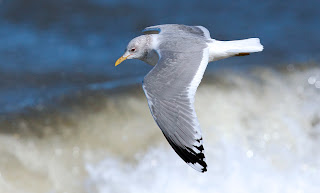 Common Gulls away from St. John's and Bellevue Beach (Trinity Bay) are relatively few in Newfoundland.


A few Red-breasted Mergansers were feeding in the rough water off the beach at Chamberlains.  They were shy about coming into close to shore. 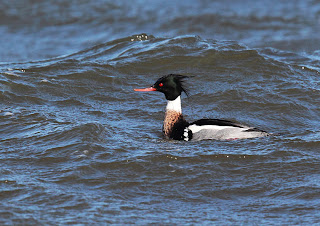 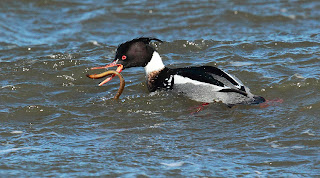 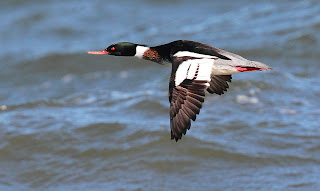 Back in St. John's there were two pairs of wigeon feeding at the pond in front of the Health Sciences Building.  There was a pair of Eurasian Wigeon and mixed pair male American paired with a female Eurasian.  Such pairings are seen every spring yet we never see any hybrids wigeon in St. John's (or was there one once? I didn't see it if there was).  Eurasian outnumber American Wigeon by a small percentage in St. John's.  Generally the wigeons pair up with their own kind. They are partially segregated during the winter, often forming little groups of mostly their own kind and hanging out at different locations during the rough winter season. 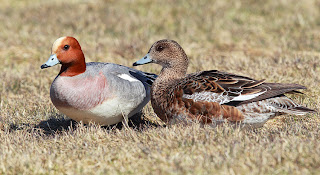 A classic looking pair of Eurasian Wigeon that were feeding in association with the following pair. 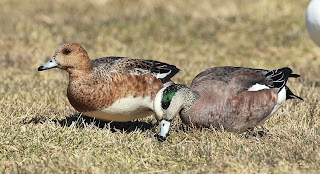 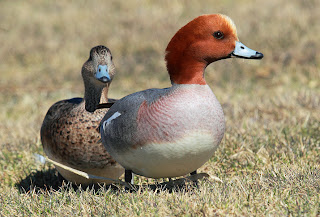 The adult Eurasian Wigeon is a beautiful bird up close.