Winter Golden-crowned Sparrows in BC

I had plans for a numbers of Blog Postings exhibiting favorite bird shots from a work/birding trip to Victoria, British Columbia 5-16 Dec 2018. But there seem to be too many diversions to making it happen. It is time to move on to the present but before that, one last BC posting. Prior to this trip my life experience with Golden-crowned Sparrow was limited to maybe ten days in total over four decades (or more!). Most of those were adults on the breeding grounds. The immature plumages were a mystery to me. Yes the bird guides illustrate them and there are photos but I was left wanting to know more. Golden-crowned Sparrow was the #1 species I wanted to get to know on this December trip to BC.  Knowing Victoria get upwards of 1000 GCSPs on their Christmas Bird Counts I was expecting a good dose of them. Golden-crowned Sparrows were indeed common and easy to see often. I gorged and gorged on them.  I left BC satiated. Mission accomplished.

The birds with the bold black borders to the sides of the bright yellow crown are adults. The birds with a brown crown and touch of yellow on the forehead are immatures.  The birds in between are apparently either adults or immatures. 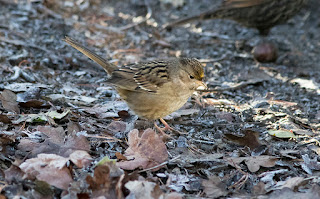 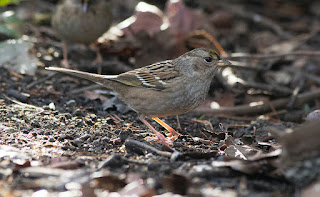 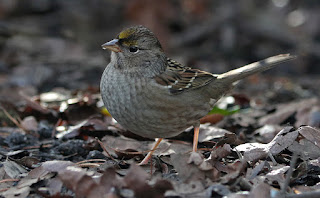 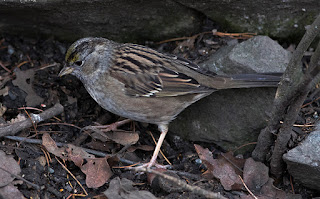 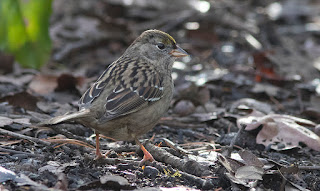 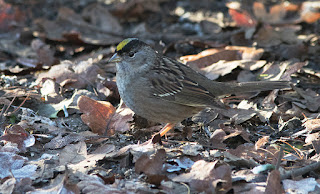 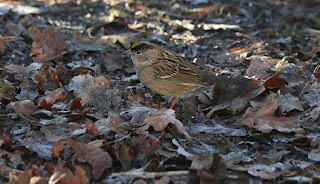 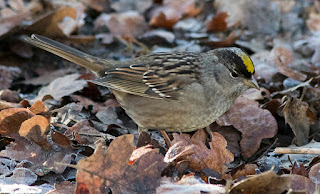 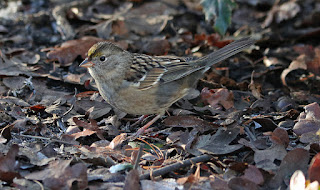 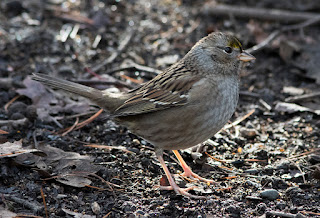 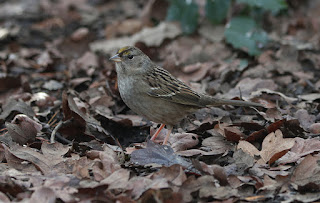 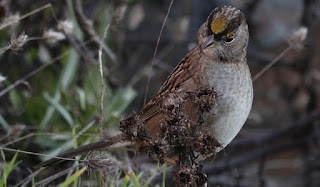 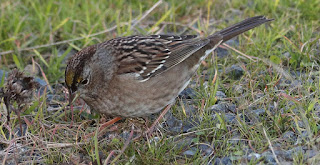 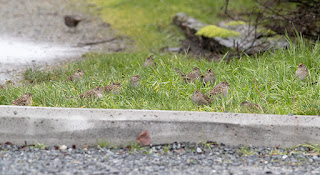 Golden-crowned Sparrows were very numerous on southern Vancouver Island. They seem to stick closer together more than their cousins the White-throated and White-crowned Sparrow. 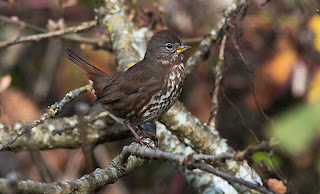 Sooty Fox Sparrows were often feeding with the GCSPs. 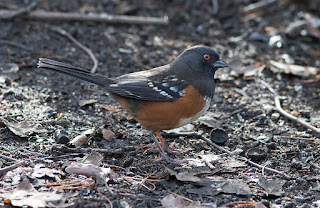 Spotted Towhees were very common. Male above and female below. They are not as shy as Eastern Towhees. 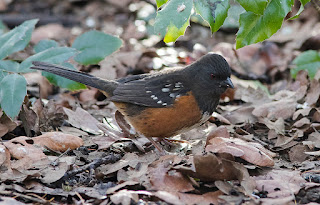