Mew Gull is a not an easy bird to get to know without visiting the Pacific Coast of North America. Most North American birders rarely or ever get there in the non-breeding season to enjoy the beautiful Mew Gull. Mew Gull is a big rarity for the majority of North American birders. A highlight of a work trip to Victoria, BC in early December 2018 was getting time to soak in Mew Gulls. The adult, 2nd winters and 1st winter plumages were all in their best condition. The previous posting shows examples of 1st winter plumages. Here is a post exhibiting some adult and 2nd winter birds. 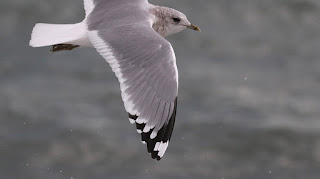 The beautiful string of pearls on the tongue tips of P5-P8 run in a line on to the conspicuous mirrors of P9 and P10 on a typical adult Mew Gull. 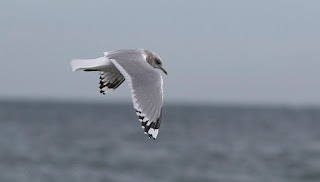 Another look at the unbroken series of bold white spots from P5-P10. 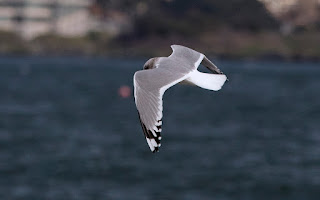 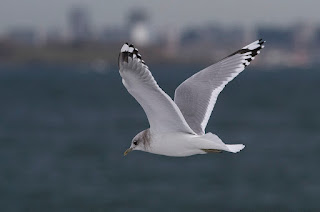 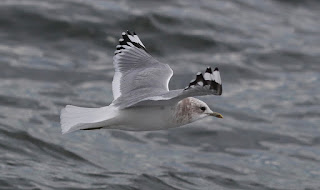 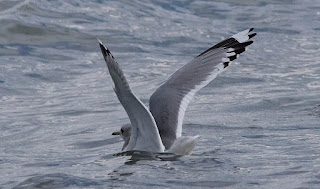 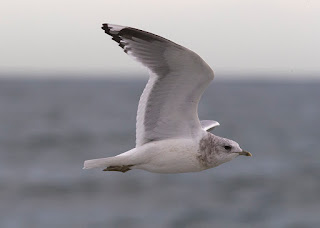 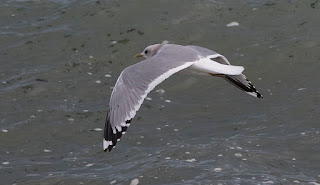 A small white tongue on P9 creating an uneven line of white pearls from P5 to P10.. 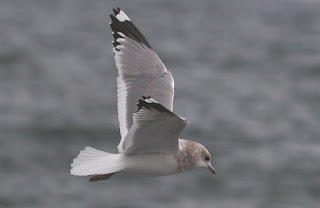 The occasional apparent 'adult' lacked the white tongue to P8 interrupting the string of white pearls.  Some of these were probably early adults (3 year olds) based on black marks in primary coverts. 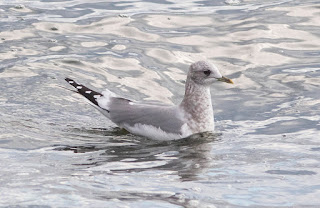 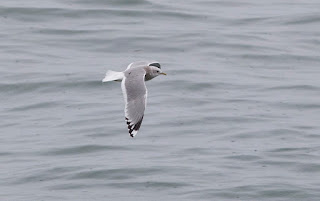 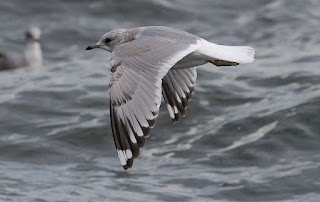 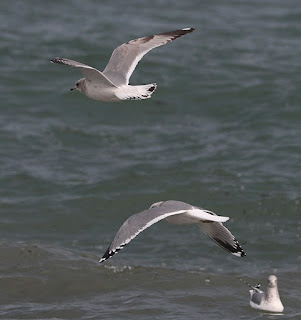 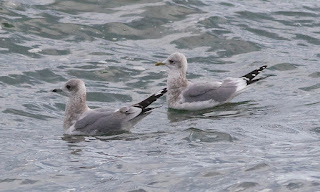 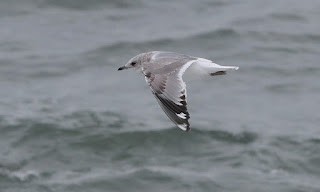 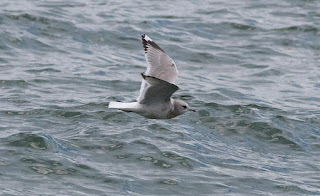 Posted by Bruce Mactavish at 17:32