I spent a glorious nine days birding in Ireland 6-14 Feb 2019. I was toured around with long time birding acquaintance and friend Anthony McGeehan.  After a grueling 21 hour flight from St. John's, Newfoundland to Dublin, Ireland (the price you pay when using Travel Points to cover the flight!) Anthony picked me up the airport and drove me direct to Forty Foot Point in Dublin harbour.  A few slices of bread tossed into the water and the agony of the marathon flight was a distant memory. 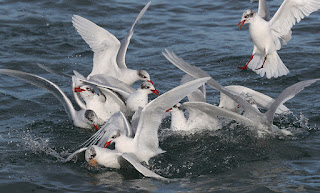 A small flock of Mediterranean Gulls hangs out at Forty Foot Point in Dublin harbour in the winter. There were a dozen individuals to start out but up to 35 were present by the time we departed three hours later. It is one of or is possibly the largest wintering concentration in Ireland. In recent years the birds at this location have learned about eating bread.

For the next three hours we, mostly me, took photos of the birds at point blank range.  Often too close for my long lens. A basic 300 mm lens would have been sufficient. The Mediterranean Gull is a special gull among European gullers for its beauty. It is rapidly increasing in numbers as wintering species in Ireland with more and more hanging on in summer to nest.  The following birds are adults.  Most are in winter plumage but some were starting to get their black heads.  Postings with 1st and 2nd winter Mediterranean Gulls to follow. 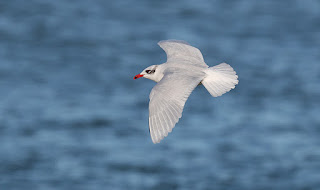 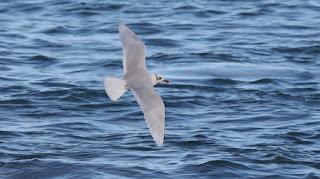 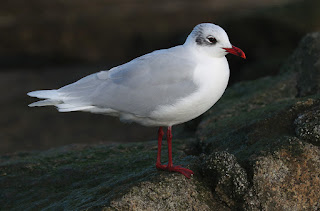 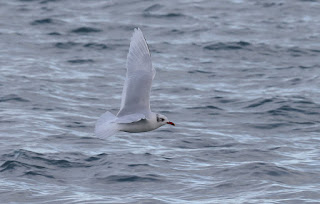 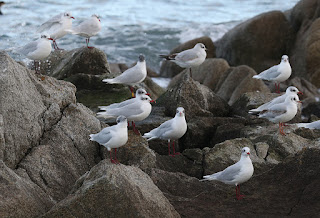 There is one Black-headed Gull in this picture. Can you find it? Note its thin bill and smaller size. 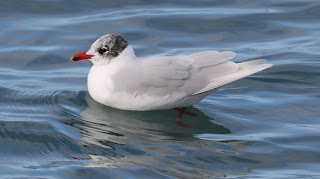 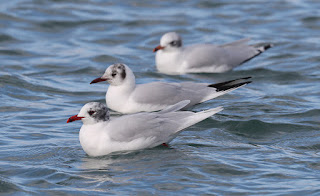 Note the adult Black-headed Gull behind the adult Med Gull. The bill on this BHGU is already turning dark for spring plumage. BHGUs are a little smaller and overall light weight compared to Med Gulls but have similar habits and blend in with each other in mixed flocks. The gull in the back is a 2nd winter Med Gull, note the black in primary tips. 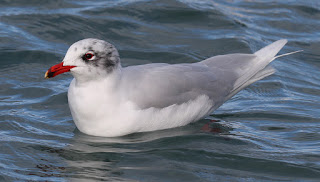 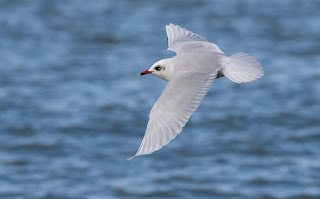 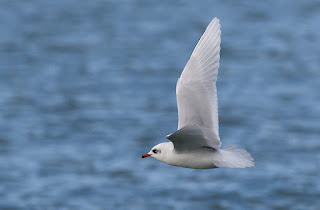 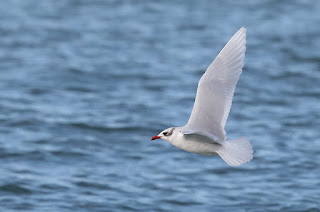 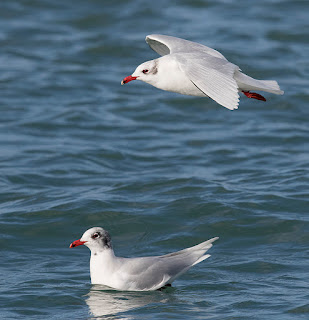 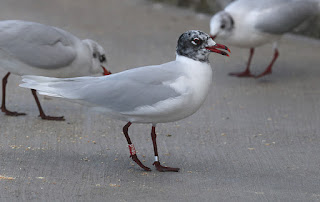 This individual was well on the way to moulting into the black head of summer.  Several of the birds were banded (ringed). We saw red, green, blue and yellow bands indicating origins from four different countries I think. 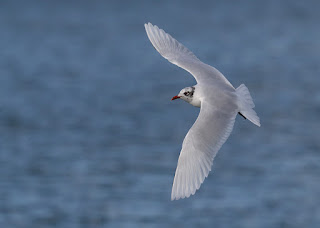 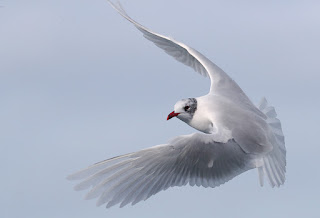 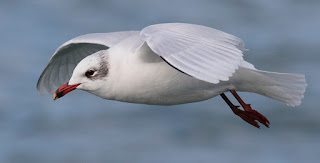 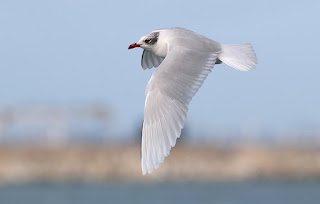 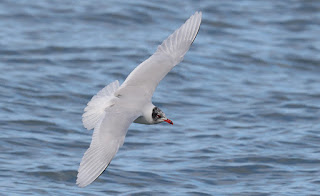 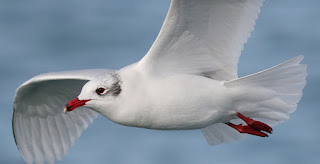 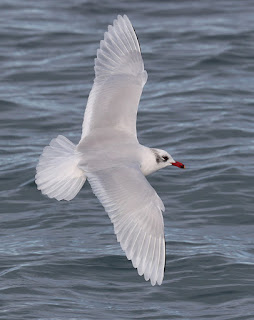 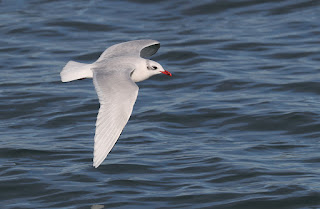 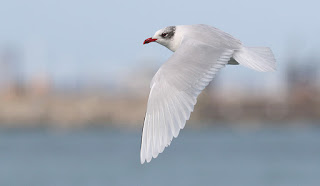 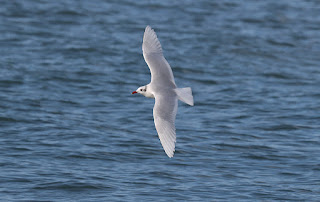 Posted by Bruce Mactavish at 05:33