I was in Victoria, British Columbia 5-16 December 2018.  It was a work trip but there was plenty of time for birding. Even got to partake on  the Victoria CBC. Among the birds I was looking forward to seeing were Mew Gulls. They were abundant, mostly feeding offshore but also many flying and feeding along the shoreline. Finding them at rest was a different story. They were not attracted to bread. I had seen plenty of adult Mew Gull in the early 2000s on the breeding grounds in Yukon and NWT but had no first hand experience with 1st winter birds. That changed on this trip. It was my most photographed bird.  They were like miniature smithsonianus Herring Gulls.with their dark tails and subdued brown wings and body. Attached is a collection of some of the better shots. These will be boring for west coast birders and anyone not interested in gulls but will be of interest to those gullers in the east. Adults and 2nd winter birds to follow in the next post (maybe).

Mew Gulls of various ages feeding in the surf along a beach in Victoria. 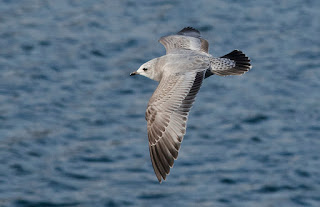 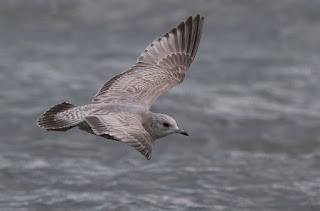 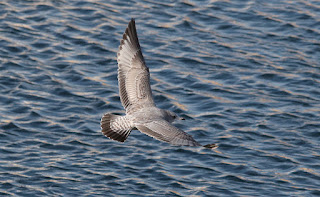 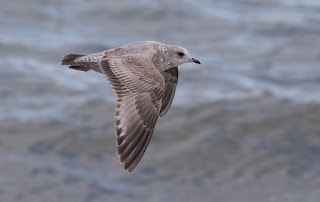 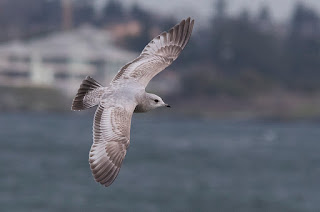 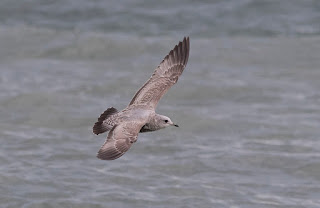 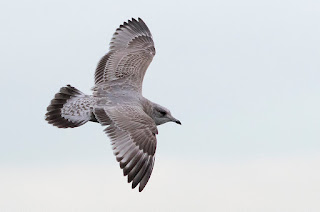 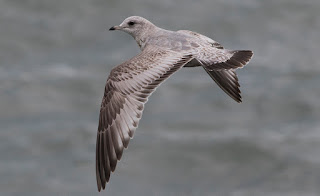 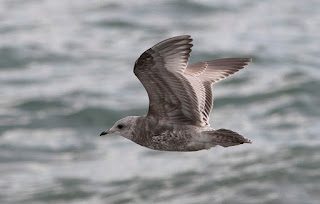 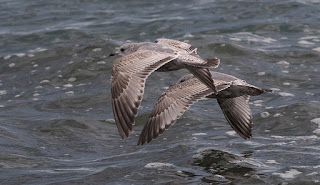 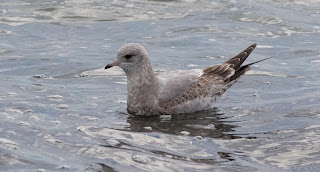 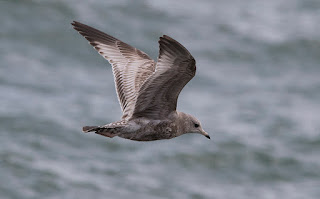 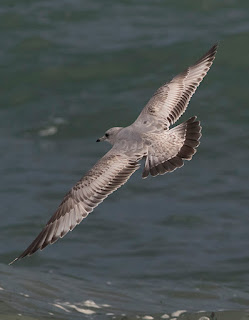 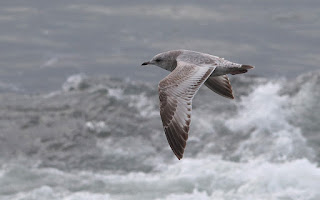 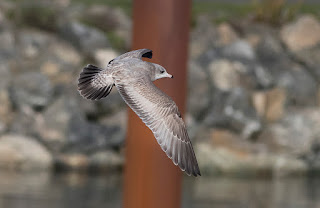 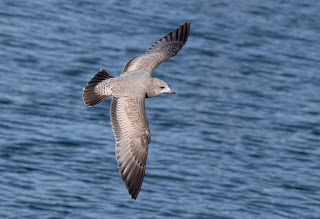 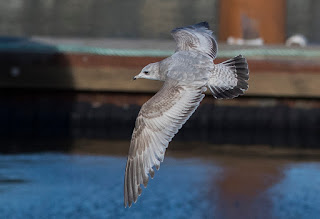 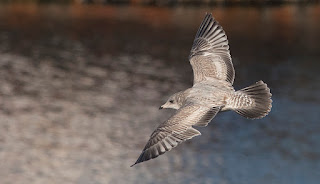 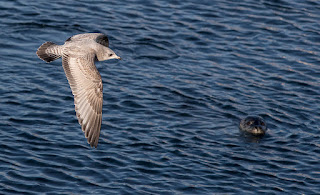 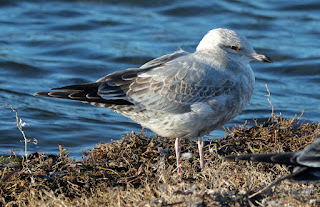