Common Eider is the most heavily hunted duck species in Newfoundland.  This is part of the reason they are a very challenging species to photograph. Cape Spear, near St. John's (14 minutes from home) is a good place for Common Eiders in winter. Yet they are never reliable on any given day as they get hunted on calm days and there is no shelter during winter storms.

Conditions seemed right this morning with light winds after several days of rough weather keeping the hunters at bay. I got to Cape Spear parking lot before sunrise and was in position and camera-ready at about sunrise at the point. I had clambered down to a somewhat risky but excellent location near the ultimate tip of Cape Spear.  I consider myself a veteran at reading the waves but here I could feel myself within the danger zone.  With a nervous eye I watched the bigger swells approaching. There are not many days in the winter you would even think about being here.

The bottom line.  Eiders were elsewhere! There had been 300+ present just the afternoon before.  One lone 1st winter male Common Eider swam around to my position. I was testing out my "kelp suit" today. My body was not completely concealed by the rocks so I thought I could diffuse my presence with the kelp suit.  This one eider made the day.  It proved that the kelp suit worked. (The kelp suit is a sheet of camouflage bought at a hunting store intended for mainland deer hunters.)  It came much closer than any Newfoundland eider would ever naturally be to a  human being. It was a first-winter drake Common Eider. The pictures only hinted at the possibilities from this location if the ocean swell would ever allow it to happen again. 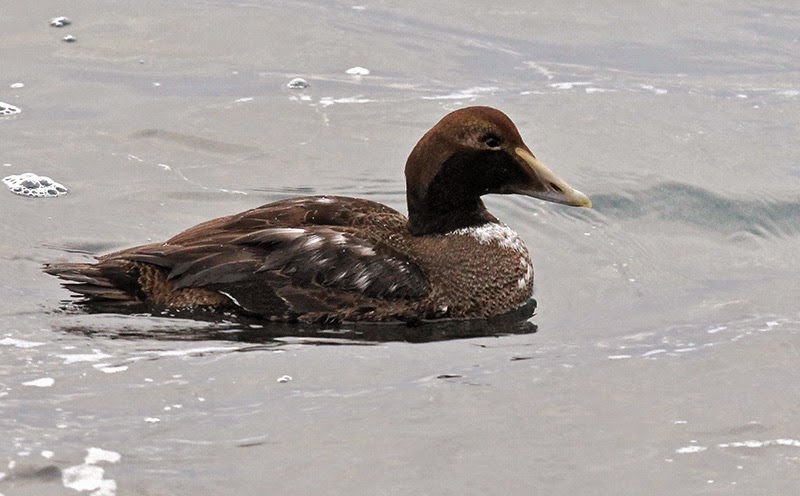 Classic Common Eider profile. The white around the neck is a sure sign of a 1st winter drake. 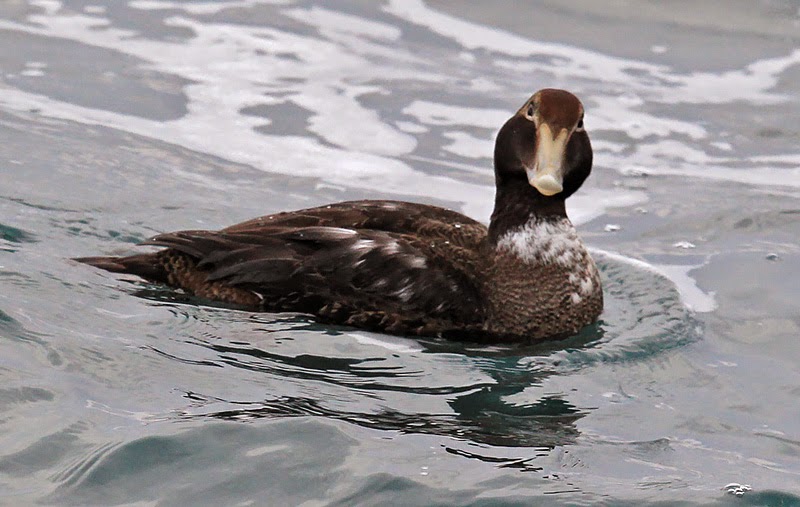 Maybe I was not totally inconspicuous. The eider eyed me carefully but never showed feared. 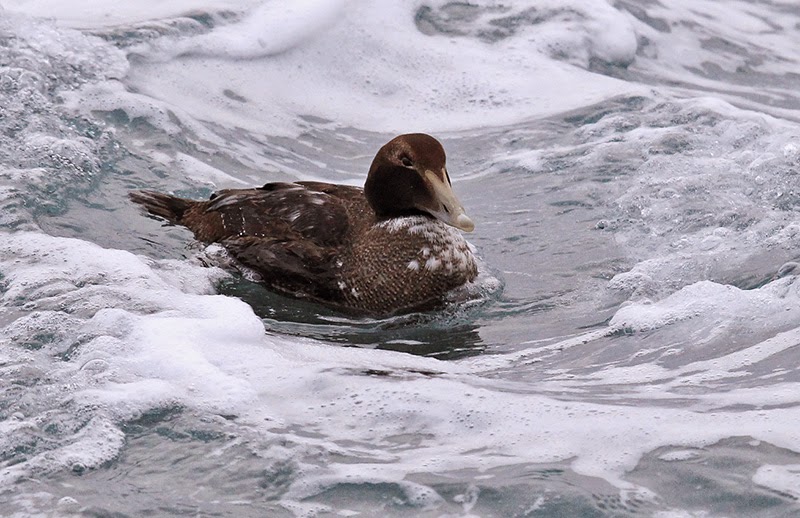 The relatively narrow frontal lobes of the bill identify this as the northern race of Common Eider (borealis) as expected during winter in Newfoundland. 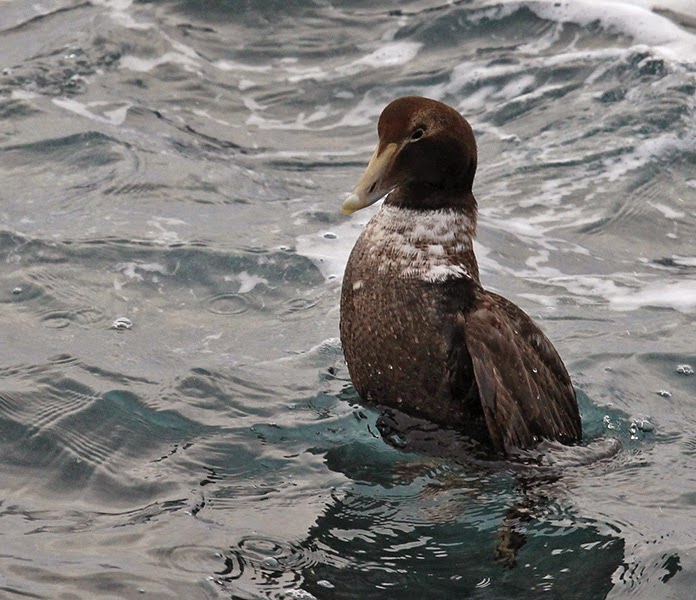 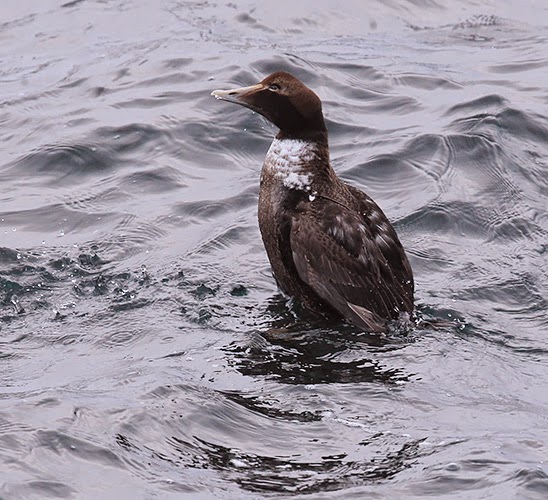 A teasing flock of Common Eiders flew north past Cape Spear without a look at Cape Spear.  Some day luck will be with me.  I'll be ready.