A few random pictures from the last week to keep the postings alive. 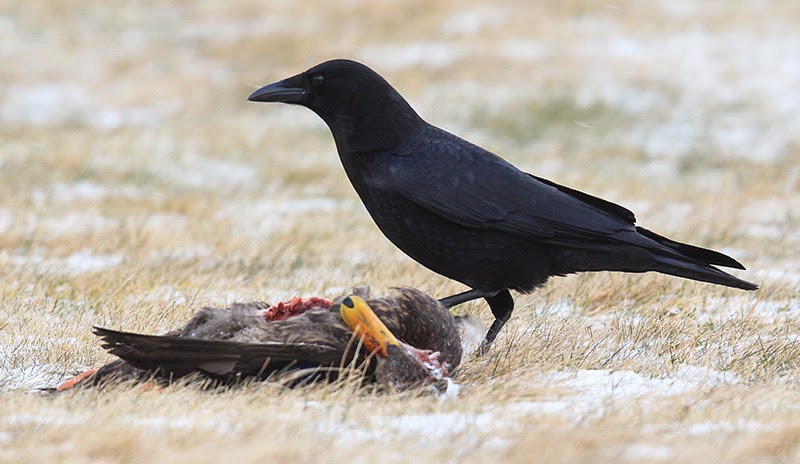 It is not easy to get a crow and raven in the same photo for teaching purposes. Second best is comparing them with the same object such as this deceased Black Duck.  Ideally I should have cropped the pictures so the Black Duck was the same size in each photo to show the size difference between a crow and raven, but you get the idea here. American Crow above and Common Raven below. 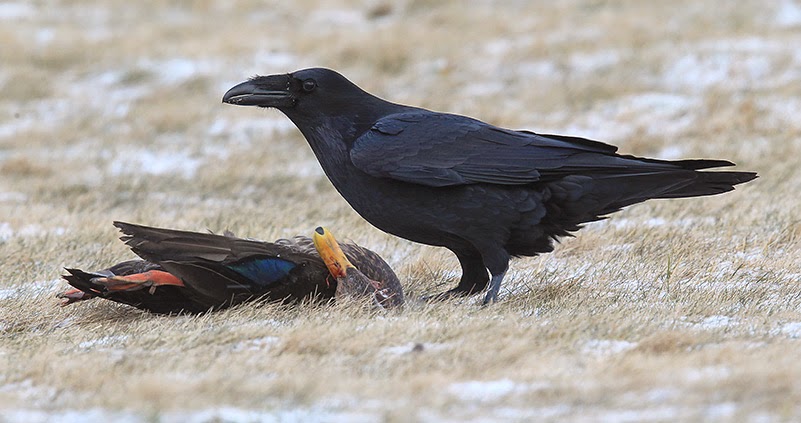 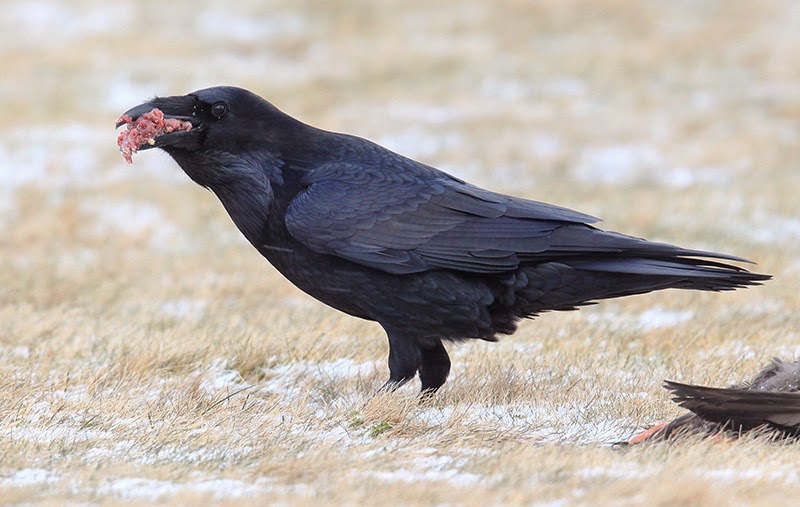 The Black Duck was a road kill by The Boulevard, Quidi Vidi Lake.  This raven took control of the fresh specimen first gorging itself then grabbing this mouth full of fresh duck breast to bring to its mate waiting out on the ice of the lake. The crows moved back in soon as the raven departed. 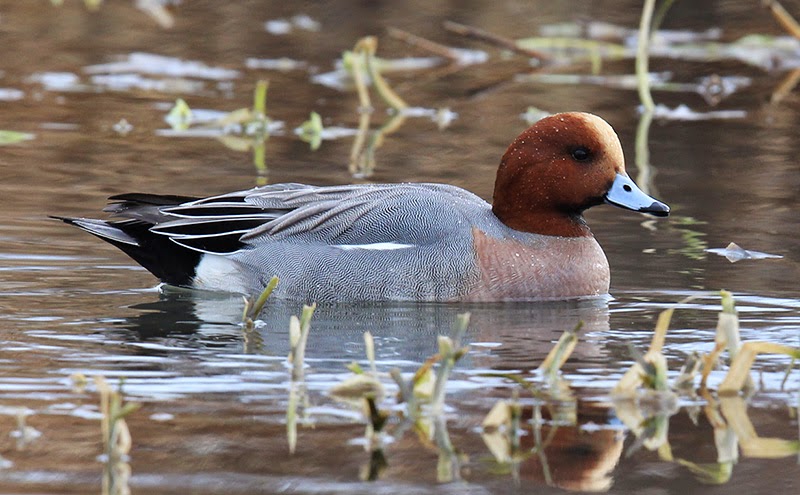 Wigeons are attractive ducks. The open winter has been good so far for the three dozen or more Euro and American wigeon that try to overwinter on the n.e. Avalon Peninsula. They can graze on the lawns or dabble in the marshy sections of the pond in front of the Health Sciences Building, St. John's like these birds. 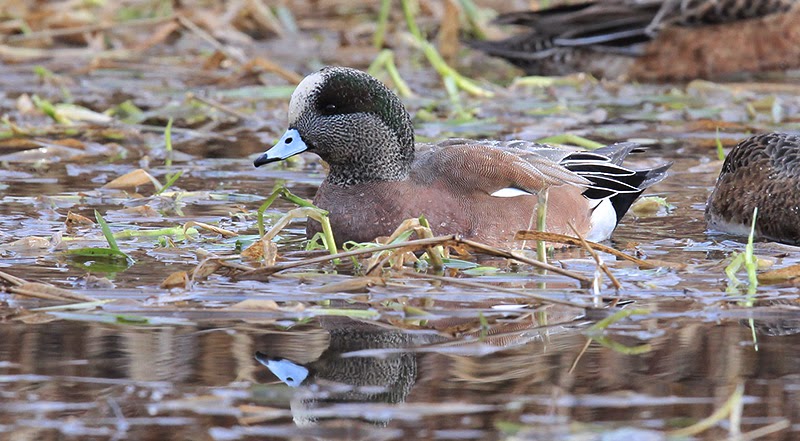 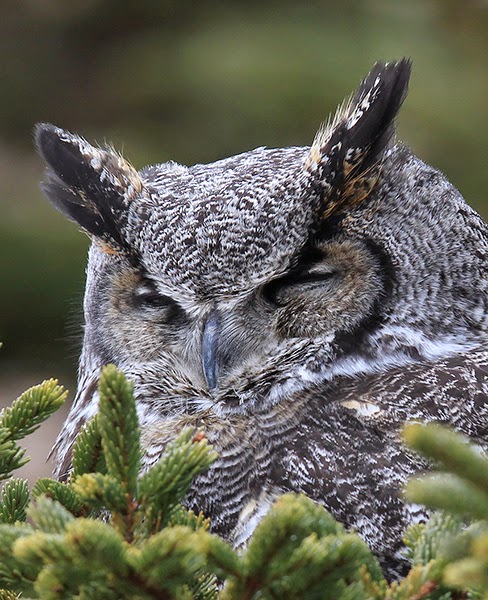 The biggest surprise of the last week was stumbling across this Great Horned Owl sleeping in a Christmas tree by an abandoned house on the barren grounds of Biscay Bay.  There has been a drop in rabbit numbers this winter after a couple of good years.  Could it be this owl and a number of others reported recently are under a little stress in search of a rabbit supplement.