Quest to see a wintering Sanderling with the Purple Sandpiper flock at Cape Spear got me down on the rocks.  Purple Sandpipers are charismatic shorebird no matter dully coloured and misnamed they are. The Cape Spear flock size varies day to day but it is a rare winter day when you can't see a Purple Sandpiper.  Photographing the birds is usually not an option for me afraid to get salt spray on my beloved lens. There was a swell coming in on Saturday afternoon but the light wind was blowing offshore.  The spectacular flock of 115 and light not too too bad though on the dark side under the overcast sky was enough to get me to pull out the camera. 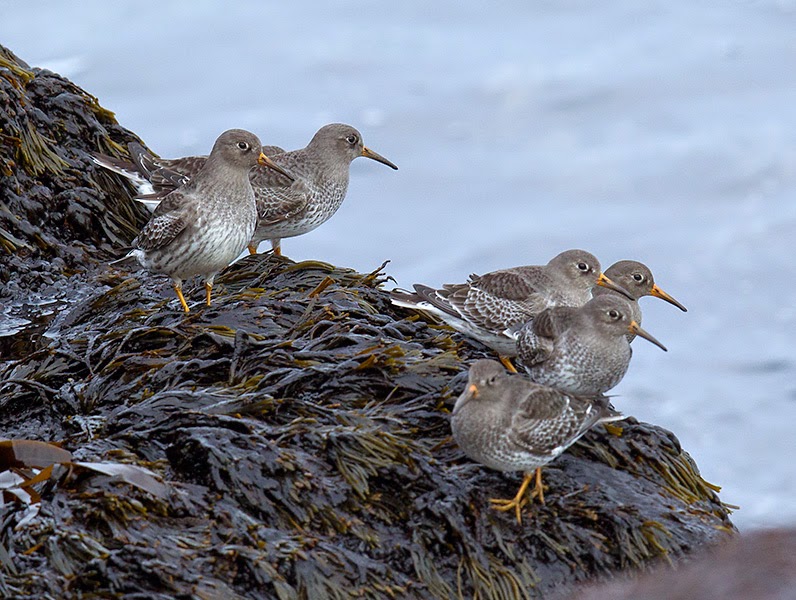 The low tide exposes the seaweed on the constantly wave-washed rocks at the tip of Cape Spear. 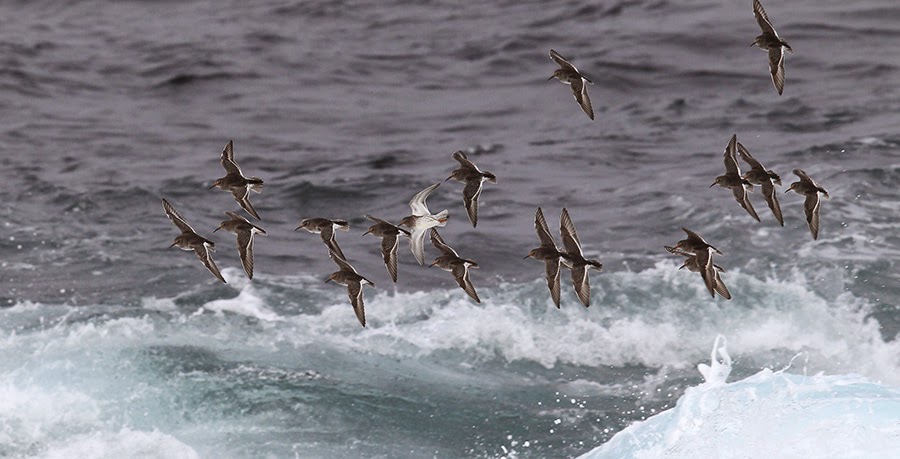 The sandpipers were constantly on the moved being washed off the rocks in one place and moving to another. 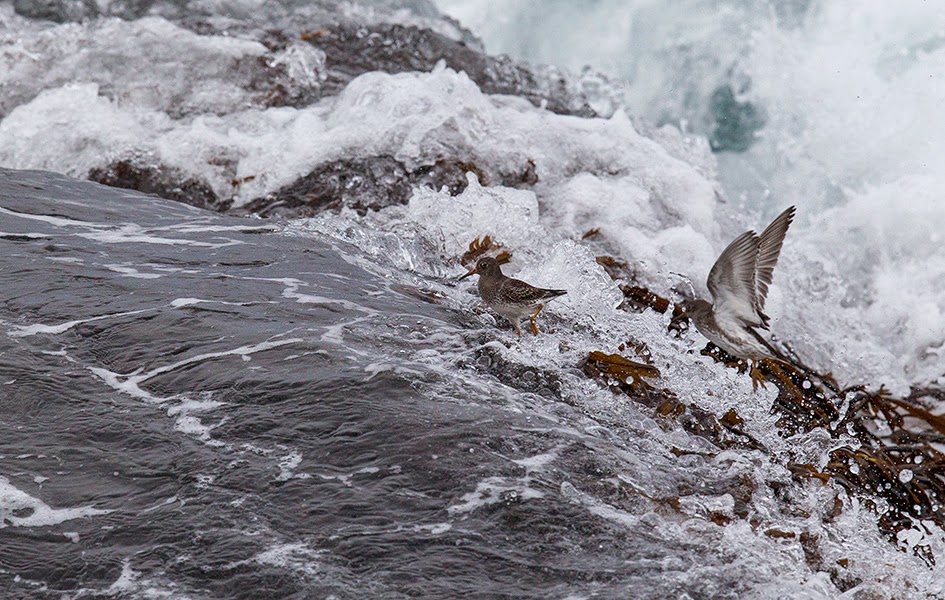 Always challenging the waves, pushing the limits to get a chance to get those gammarids and other crustaceans and sea life that thrive in the highly oxygenated waters. 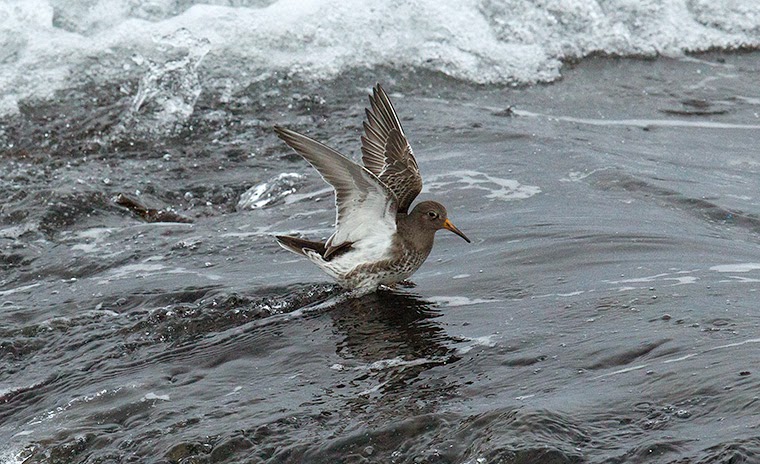 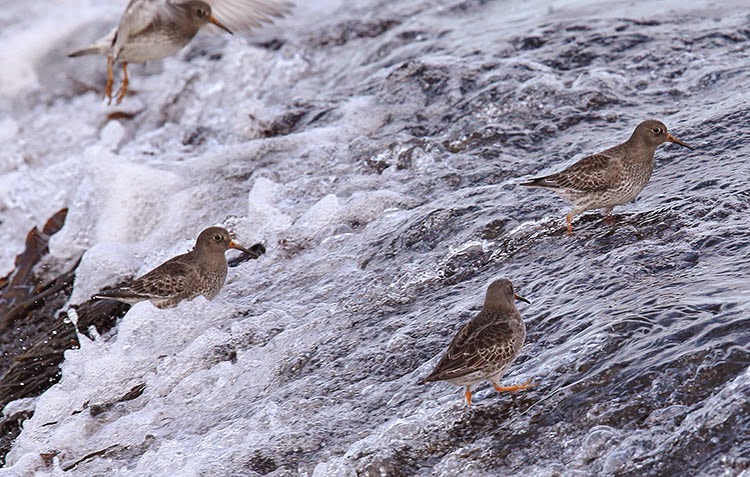 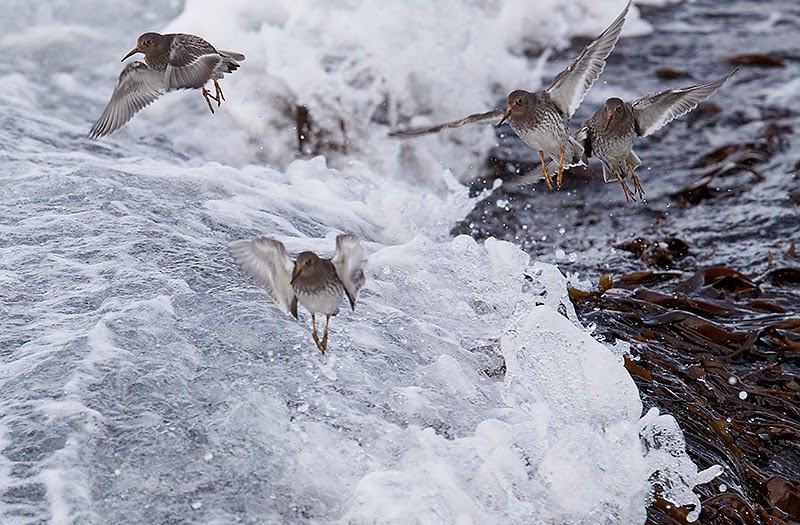 The ability of the Purple Sandpiper to go into helicopter mode the instant a wave hits allows them to push the limits that other shorebird dare not attempt. 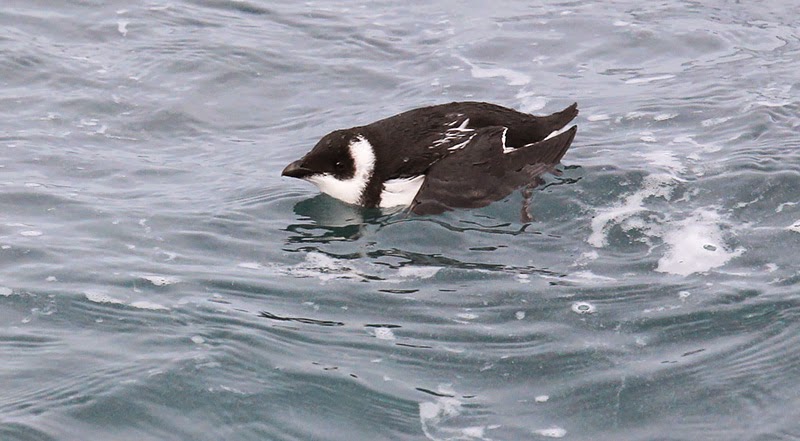 Bullbirds (a.k.a Dovekies) also take advantage of the highly oxygenated zones around rough capes and points in the winter, especially during January month, probably feeding on some of the same critters the Purple Sandpipers are getting in the seaweed. There were several Bullbirds feeding just off the rocks where the sandpipers fed and photographed while standing in the same place. 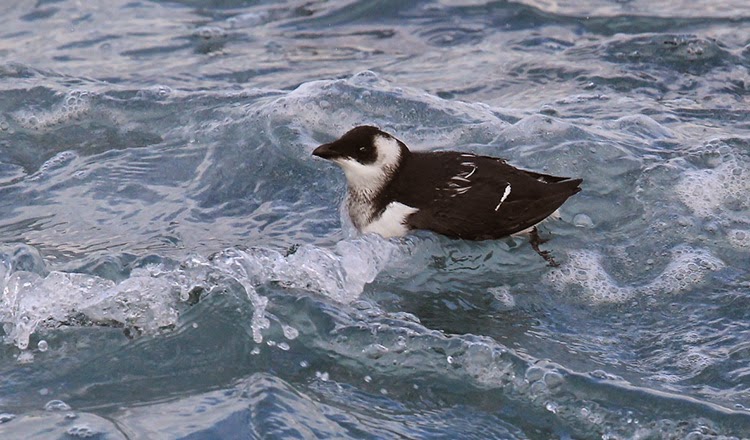 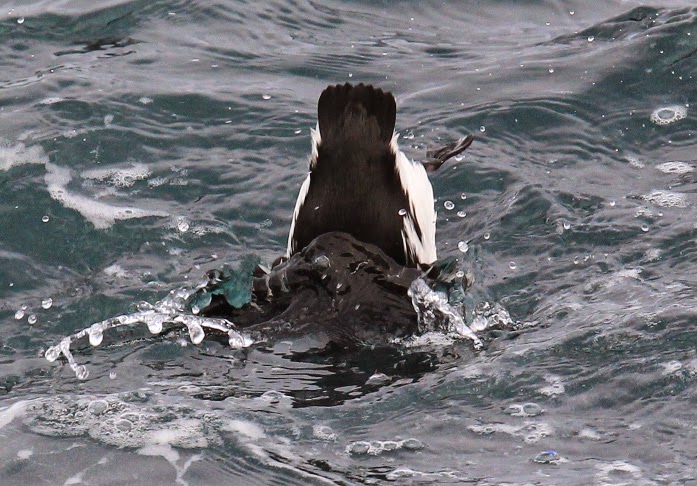 They were very actively feeding coming up for a quick breathe of air before diving down again for more. They use their wings to fly under water and when actively feeding they leave them loosely extended at their sides between dives. Arse-up shots are frequent at times like this.

I did see eventually see the Sanderling fly by after an hour of watching the Purple Sandpipers.