Five photos of a possible Common Snipe from Ferryland, Newfoundland on 11 Jan 2014.  While more effective with comparison shots of Wilson's Snipe these quickies show the over all 'yellow' colour,  broad pale bars on tertials and relatively pale under wings.  Hopefully better photos and more information tomorrow. 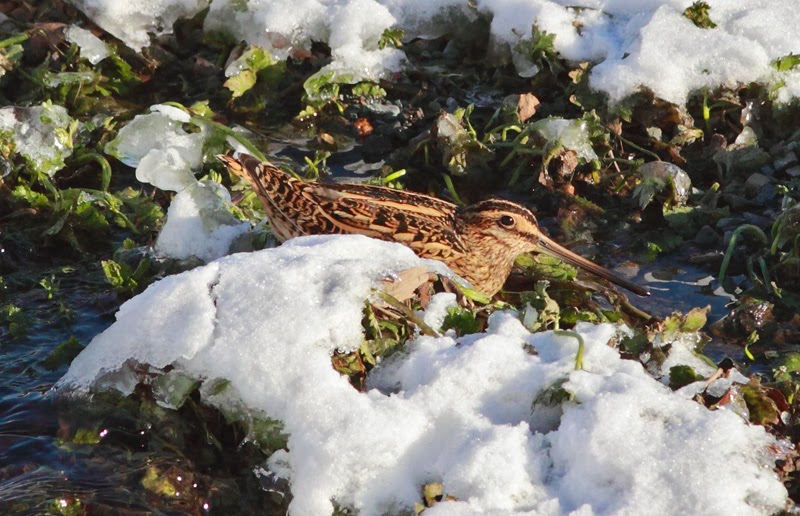 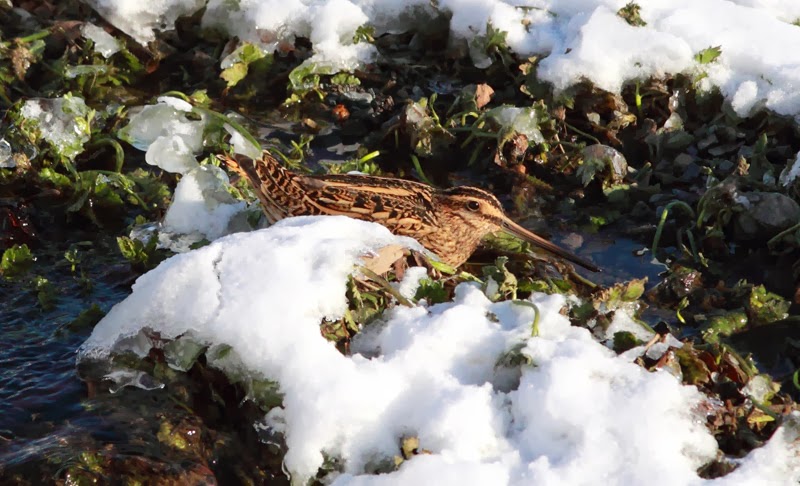 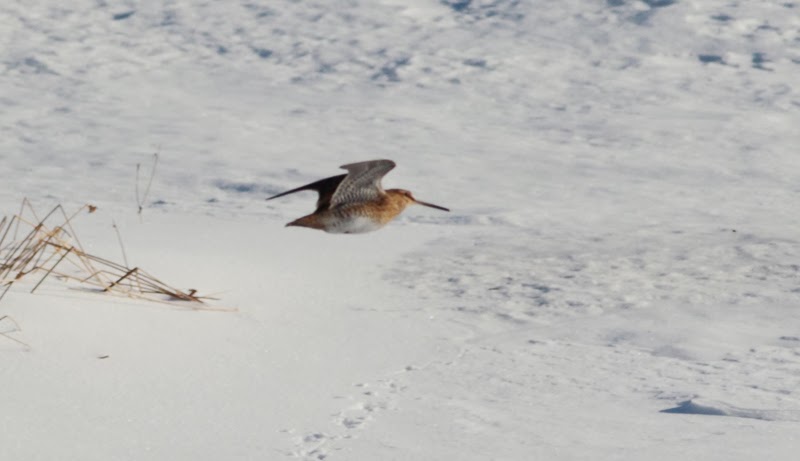 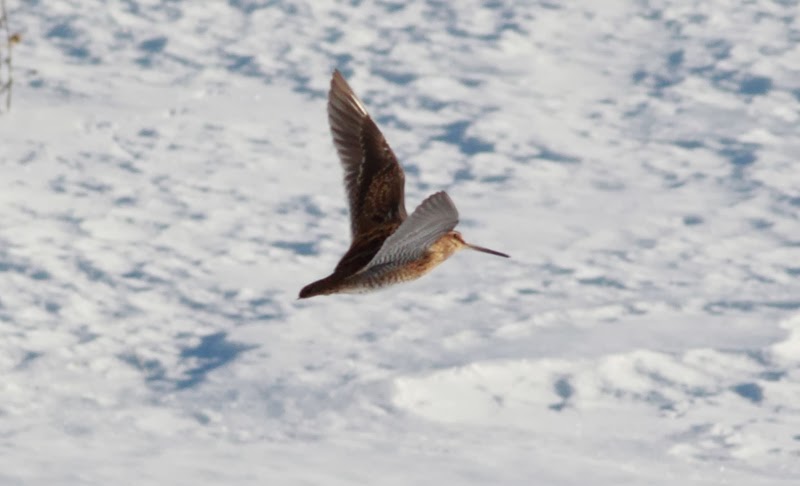 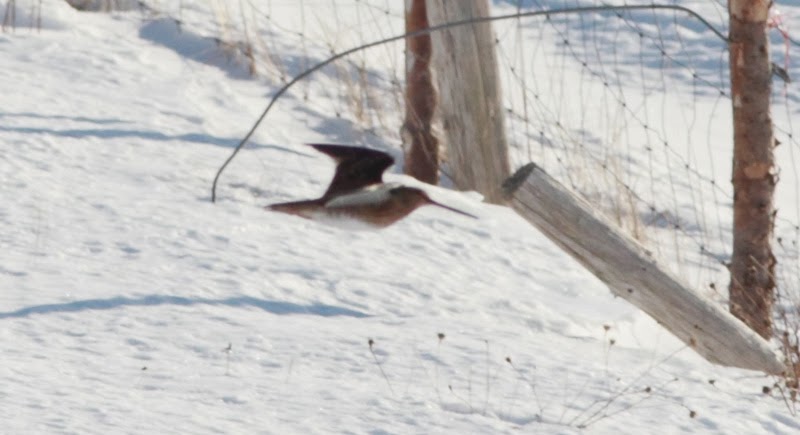 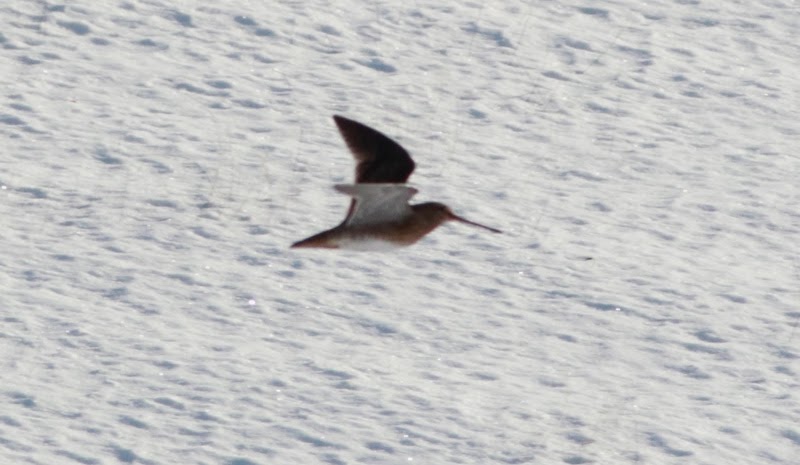 Below are photos of the Tors Cove Common Snipe on 18 Feb 2011 being compared with Wilson's Snipe. Photos by Dave Brown. The Wilson's Snipe is the middle photo on the underwing composition and the right bird on the tertial comparison.