Hanging Out Around the Lake

The complete turn around in the weather over the last two weeks has been remarkable. Two weeks ago who would have guessed someone would be canoeing in Quidi Vidi Lake this weekend. Quidi Vidi Lake is opening up at an alarming rate. We need the ice for resting gulls. The ducks are enjoying the spring weather and so are the people. I found myself in that same frame of mind for a couple hours at Quidi Vidi Lake on Saturday. I sat on a bench with the camera set up by the Virginia River mouth waiting for something to happen while enjoying the pleasant weather. The happenings were slow and subtle.

A sign of spring or at least the opening up of Quidi Vidi Lake is the appearance of Great Cormorants on the ice. It is only a late winter and early spring phenomena. They sometimes appear on other St. John's ponds but otherwise Great Cormorants are unheard on freshwater in Newfoundland. There were up to eight at one time present but through the comings and goings I figure a dozen or more used the lake while I was present. 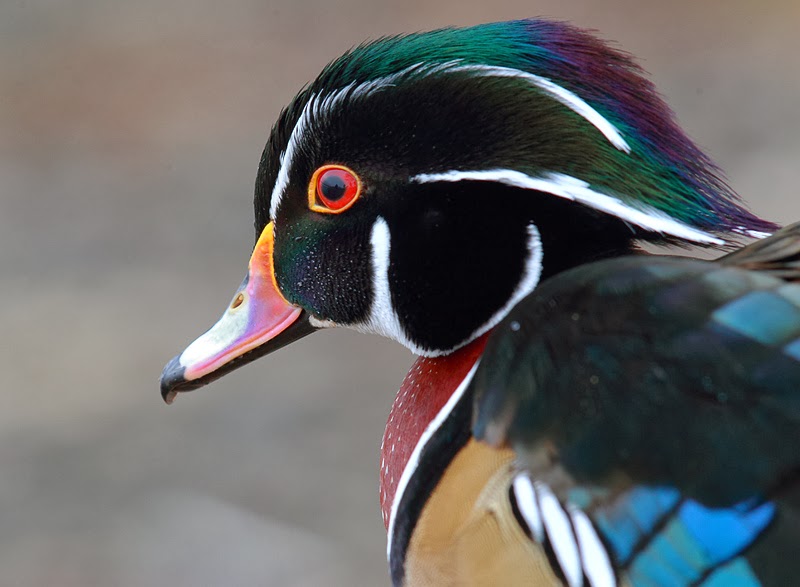 This drake Wood Duck was a new arrival at Quidi Vidi Lake late this week. It is still learning the ropes on taking food handouts from people and prefers to hide up river when not doing that. Wonder where is was earlier this winter? 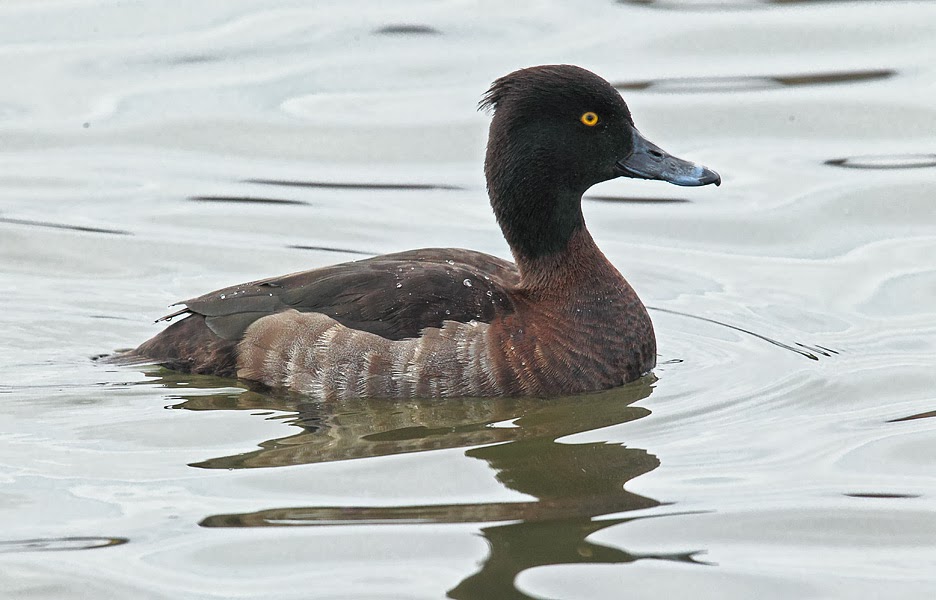 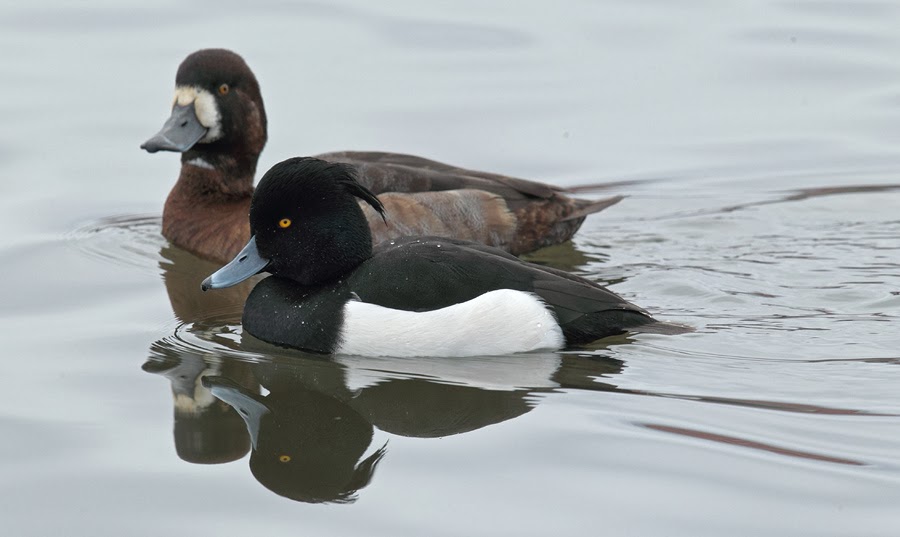 The St. John's winter population of 70+ Tufted Ducks were in a desperate position two weeks ago when the aeration system was turned off at Burton's Pond to conserve power during Blackout 2014.  They are laughing now, finding openings in the ponds around the city where they can feed like normal diving ducks, though they do not hesitate to accept food handouts. Eleven fed in front of me at Q V Lake along with a couple of Greater Scaup. 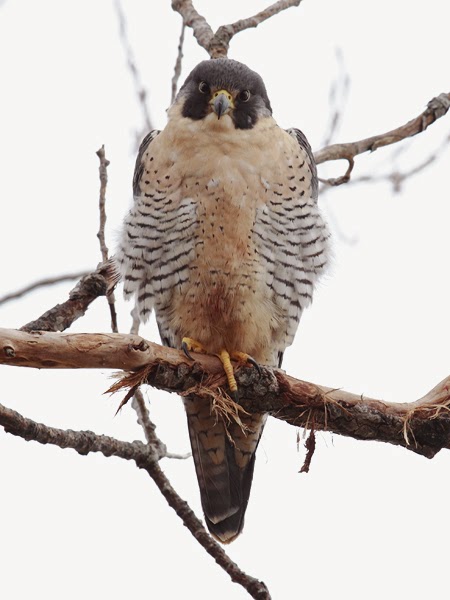 Finally after two hours of relaxing on the park bench there was a little payback in the form of a Peregrine Falcon. Actually I was hoping to see this bird since the species was missing on my winter list.  It flew directly to the roost tree used by the same bird last winter - a large poplar tree near the bandstand on north side of the lake. It totally tolerates people walking under it without them even knowing it is there.  The strong orange flush on the under parts and the odd little white mark on the left side burn confirms that this is the same bird as last winter.