The suspicious yellow snipe found yesterday at Ferryland was well seen today 12 Jan 2014, albeit during driving rain.  It was decided it was Common Snipe based on the following... 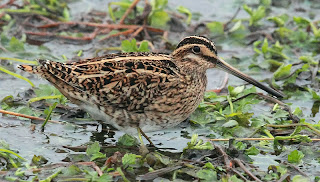 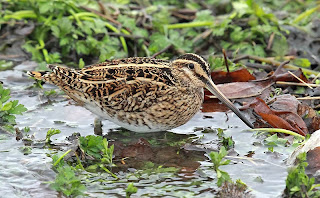 Posted by Bruce Mactavish at 18:10