Irish Birding in February - The Godwits

Bar-tailed Godwit is the rarer bird in Newfoundland. There is a record from Quidi Vidi Lake, St John's 26 October to 6 November 1973. And what was thought to be just one individual over three years at Stephenville Crossing 22-27 July 2004, 12-18 July 2005 and 5 June 2006. The Stephenville bird was thought to be baueri  the subspecies that breeds in Alaska. This is based on heavily barred underwings and barred rump. The Quidi Vidi Lake bird was not assigned to a subspecies but a vagrant from Europe lapponica would seem most likely. Like Common Greenshank and Eurasian Curlew, the Bar-tailed Godwit does not nest in Iceland but occurs there annually as a rarity in very small numbers. It will always be a big rarity in the province.

Bar-tailed Godwits were hard to get close to in Ireland though no doubt with a more effort ways could have been figured out to trick them into allowing close approach.

The pale edges to wing coverts and all the feathers on the upper surface of the bird are edged in pale creating a scaly appearance very unlike the the smooth gray of a winter plumage Black-tailed Godwit. 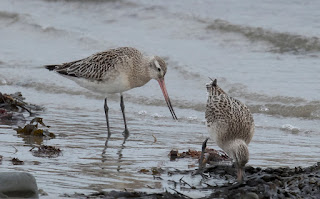 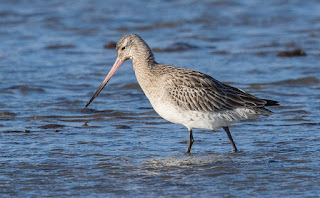 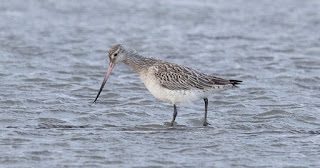 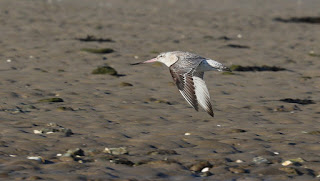 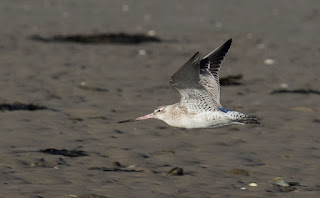 Note the lightly barred underwings and rump characteristic of lapponica, 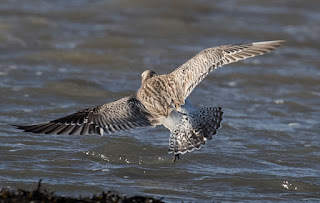 The tail is barred! 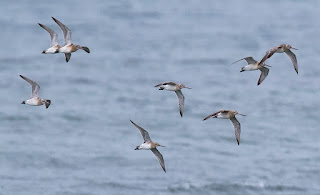 Strong looking fliers, it is easy to see why they can pull of huge migrations.

The Black-tailed Godwit is a familiar bird to Newfoundland birdwatchers. Being a common breeder in Iceland it is a regular spring stray to province usually during the better European Golden Plover flights.  We see them in full breeding plumage, and the Iceland birds are the most intensely coloured of all the subspecies of Black-tailed Godwits across Eurasia. Most of the Icelandic Black-tailed Godwits winter in Ireland. For a godwit it is a surprisingly numerous bird in winter in Ireland.  Being so common place it was a bird that almost escaped action from the camera. 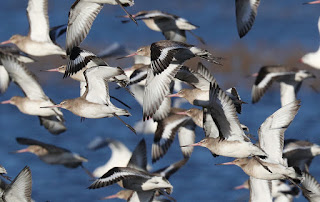 The gleaming white under wings and huge white wing stripe are conspicuous features of the Black-tailed Godwits in flight.

During high tide it was not uncommon to find large flocks of sleeping Black-tails. 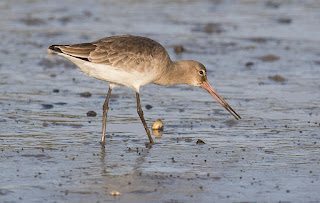 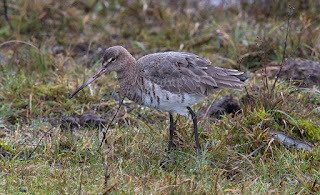 This one is showing some barring of breeding plumage. 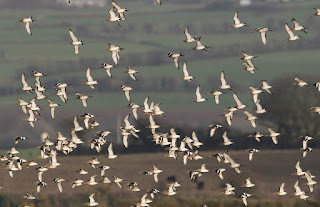 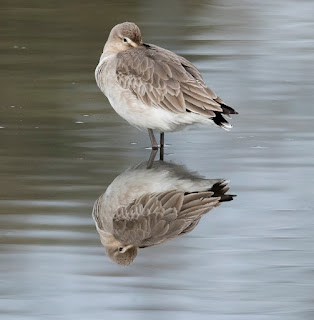 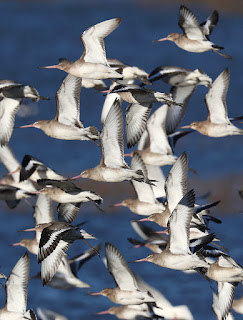