Birding on a Diet of White Gyrs.

Early spring is a painful time in Newfoundland. A few robins, Fox Sparrows and Ring-billed Gulls arrive in early April. They sit around looking cold wishing that had not been in such a rush to get back to Newfoundland.  Sometimes if we are lucky there is something other than spring arrivals that keeps the birdwatcher ticking.  Over time (like decades worth) there has been a pattern of Snowy Owls and Gyrfalcons appearing on the Avalon Peninsula at the end of the winter - 20 March to 10 April is the magic time.  It is not an event every year. Most years it is not noticed at all. But in 2019 you could say were are having a little bit of a Gyr Storm in early April.  There have been four identifiable different Gyrfalcons on the Avalon in April so far.

It should be noted that each of these three white morph birds was photographed and are distinctly marked proving they are different birds.  Also during this time period Chris Brown had two sightings of a white Gyr chasing birds at Quidi Vidi Lake that may or may not be the Cape Spear bird.  And in the last half of March there was a white Gyr at QV Lake and another at Coley's Point, (near Bay Roberts).  These are probably different birds again.

To me there is no doubt whatsoever that the White Gyrfalcon is the Best Bird in the World. (Sometimes I think otherwise when I am looking at Ivory Gulls.)  I've been looking for Gyrs every day when I could since this all started on 3 April. I got luck three times.  Below are photos from each encounter. 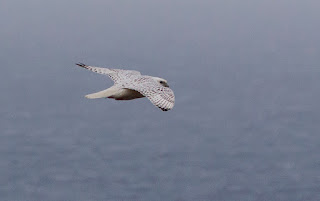 This Gyrfalcon was riding the wind updrafts along the cliff at Cape Spear. 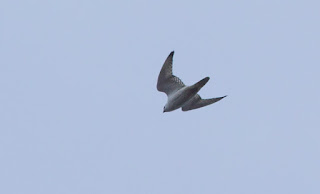 Every few minutes it would make a spectacular high speed flight far out over the ocean and disappear from sight. 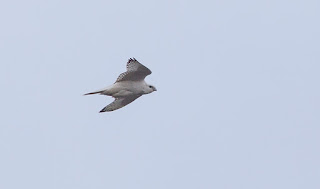 It came back empty handed each time. 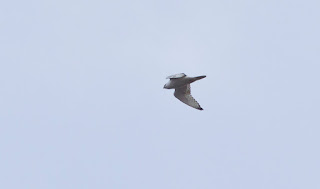 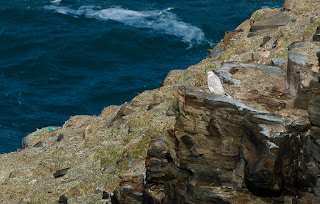 A twenty minute look through the telescope on this bird  resting on a ledge below was INCREDIBLE. 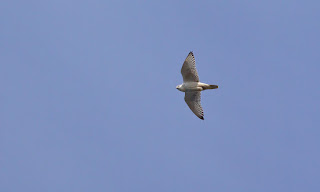 The bird soared around the cliffs a couple time providing leisurely views.  It had bits of dried red meat on its bill indicating it had already fed this morning. 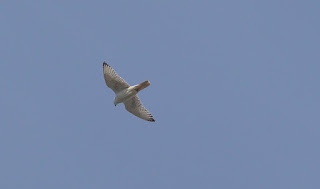 At one point and far away from us an adult Peregrine Falcon came out of no where and was frantically dive bombing the white Gyr for two full minutes. A great show through the scope. The Gyr mostly shook it off but a few times retaliated.  Oh to have been over by that cliff edge with a camera while this was going on! 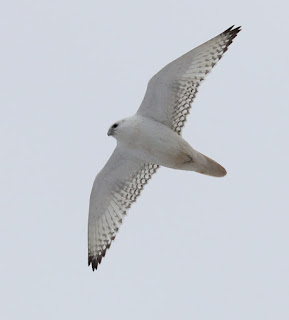 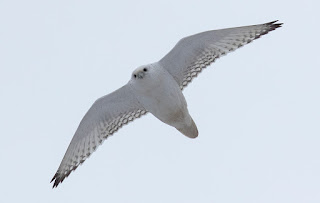 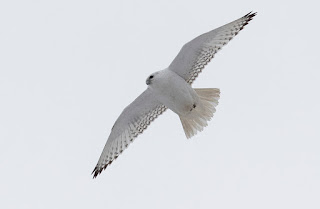 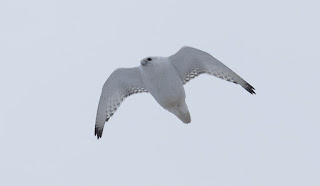 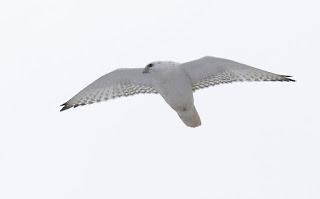 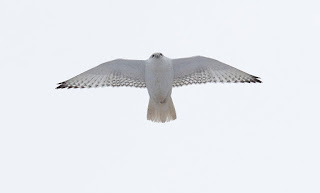 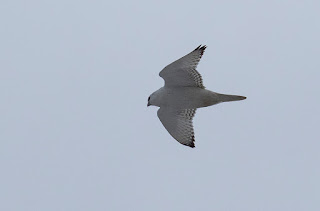 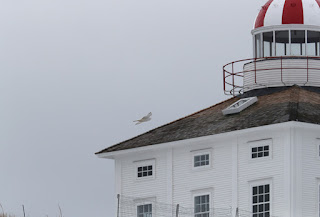 It ain't over until its over.  Probably won't go past 15 April but as I type I just got sent a photo of a white Gyr chasing pigeons at Bowring Park, St John's ten minutes ago and heard the Long Pond, Bay Bulls bird was photographed in a tree beside the road earlier this morning ..... Key-rist how is someone suppose to survive in an office atmosphere while all this is going on!!!!!!!!!!!!!!!!!!!!!!

One white Gyr is never enough. The more you see the more you need that next fix.

Posted by Bruce Mactavish at 06:26