Black Tern was a more regular stray to Newfoundland. It was kind of like what Little Gull has become in very recent years - more or less annual. The general retraction of the breeding range in Atlantic, Quebec and Ontario has mirrored the decline of records for Newfoundland. When Ken Knowles and I stumbled across at Black Tern on the Pt La Haye beach yesterday (13 July) it got me thinking back to my last Newfoundland Black Tern.  I know I missed a few by being away from NF when they were sighted. The last Black Tern I saw in NF might have been at Renews in August about 2010! That is a shock.  This bird was a beaut on the Newfoundland scene with Arctic Terns and kittiwakes.  Attached are some pictures from today all taken within a three minute period when it was feeding on large flies (mayflies?) next to the road. There was no time to think beyond jamming the index finger on the shutter button and hoping for the best. It was bounding erratically around the shoreline like a Common Nighthawk after flies. Some shots show a bulging crop suggesting it was doing very well!. 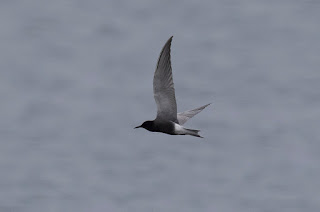 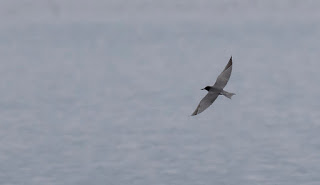 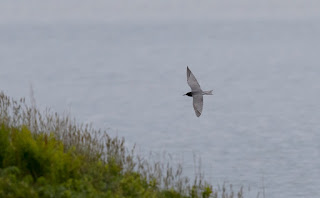 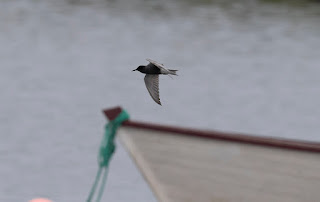 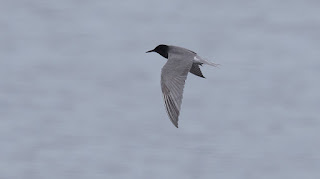 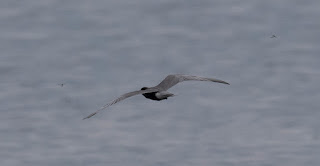 Eye on a May Fly followed by a perfect catch. 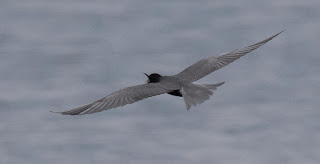 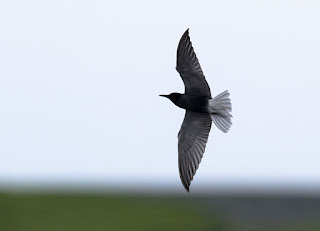 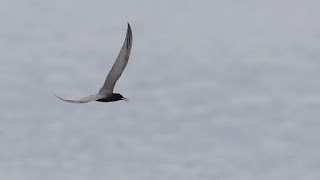 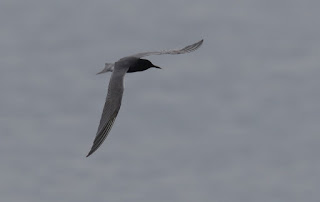 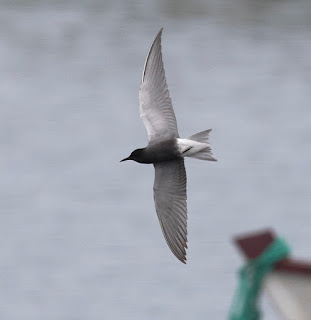 Posted by Bruce Mactavish at 16:06