A Saturday Sale on Hybrids - 5 Gulls and a Duck

The morning of Saturday 6 Feb was devoted to gull watching at Quidi Vidi Lake in the hopes of connecting with some great rare gull that we had not yet discovered.  With several thousands of gulls around St. John's, one Slaty-backed Gull or whatever could live undetected for weeks or perhaps one was wandering the North Atlantic up to yesterday and discovered this gull mecca today and decided to drop in.

No rare gulls were seen.  Digging through the gulls always turns up a few hybrids. Some individuals get to be known. Sometimes you find one not yet seen this season. Hybrids get the camera's attention if not just to keep the trigger finger limber lest the rare one shows up. Below is the Saturday haul of hybrids 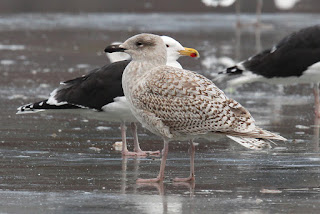 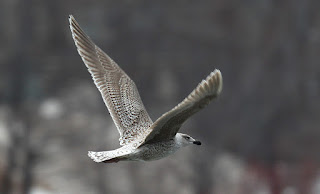 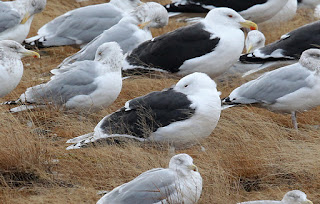 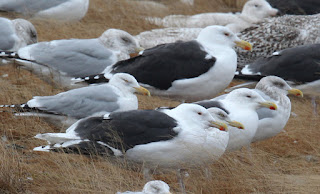 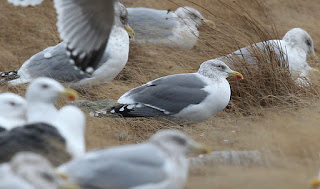 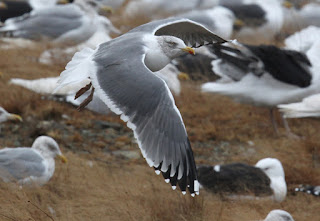 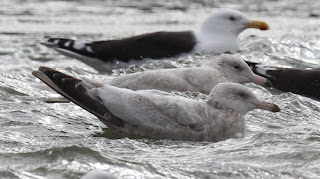 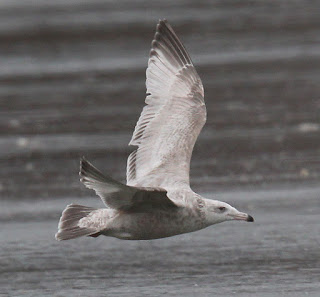 This adult gull resembling a Great Black-backed Gull had a pale back. The wing tip pattern appeared similar to a GBBG but was not photographed or well seen. If you look closely at the third photograph you will see that the tip of Primary # 5 just below the folded tertials has just a small black mark on  the outer web where as the GBBG shows nothing but black in this area.  The jury is out on this bird. It looks like a GBBG crossed with either a Herring or Glaucous Gull. 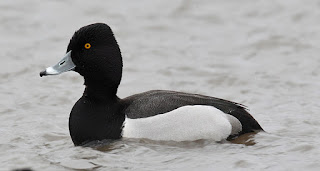 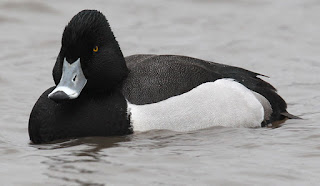 This hybrid Ring-necked Duck x Lesser Scaup is back at Quidi Vidi lake for its second winter. Can you see how we came to this conclusion?  What you can't see is the spread wing - the white wing stripe spread across the secondaries stopped before the primaries.

Posted by Bruce Mactavish at 16:47