One Leg in the Door of Summer - Shearwaters

The flight of shearwaters at Pt LaHaye on Saturday was not a pure sign of summer. They were storm driven and not capelin followers. But  knowing  they are out there is sure sign we are close to walking into summer.

I experienced an enjoyable 2 hours of seawatching at Pt La Haye, St.Mary's Bay, Newfoundland on 10 June. Three hours of daylight had already passed before I got there.  The heavy gale force south winds and rain/drizzle/fog were having an effect on seabirds. This is what I tallied in two hours before the storm passed and the blue sky appeared. 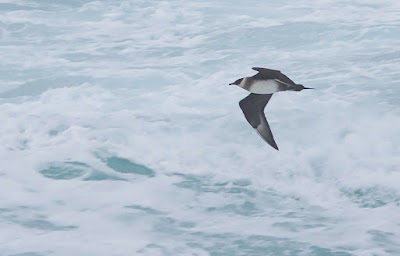 A Parasitic Jaeger flying past Pt La Haye on 10 June 2017. It appears to be bona fide adult based on uniform dark underwing coverts. Late date for an adult at this latitude. 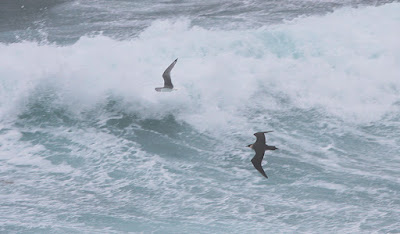 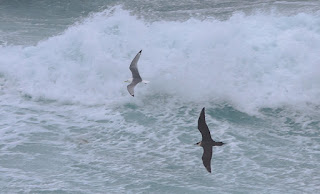 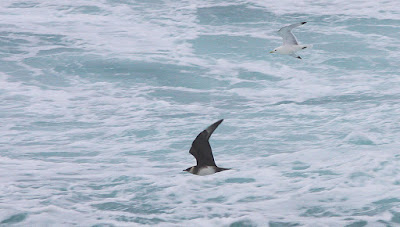 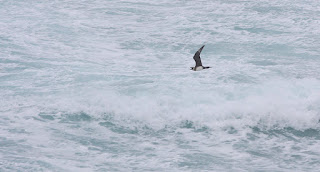 I am trying to believe in summer but St. Vincent's Beach was not looking great for summer whale watching on Saturday. 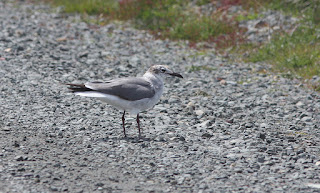 This Laughing Gull was hanging on to the road by its toe nails during the steady 45 knot SW winds at St. Shotts. It was eating plenty of partially dried up earth worms on the road. Laughing Gull is a definite sign of summer. The brown secondaries, primaries & primary coverts say this is bird hatched last summer. A small handful of Laughing Gulls show up every summer in Newfoundland. This is the first of 2017. 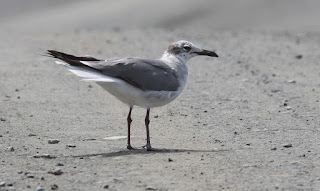 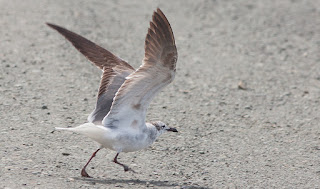 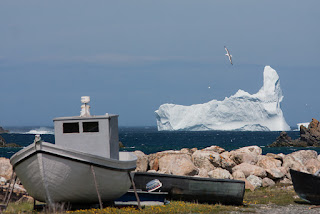 How can it really be summer when there are still icebergs floating around the Avalon Peninsula. This one at Ferryland was one of six icebergs for the day.
﻿
Posted by Bruce Mactavish at 15:40