The Season called Spring in Newfoundland

Spring weather is probably better on Mars than it is in Newfoundland. As I type this on 20 April it is currently snowing and there is a Freezing Rain Warning posted for tonight in St. Johns and the northern Avalon Peninsula. There is a strip of pack ice  across the entrance to St. John's harbour.  The good news about spring is the high frequency of Icelandic vagrants. Frequently during the spring large Low Pressure areas stall and enlarge in the mid North Atlantic generating an air flow from Ireland & Iceland to Newfoundland and Labrador. Shorebirds wintering in Ireland and the rest of the UK on their way to nesting grounds in Iceland sometimes miss their mark and ride the winds all the way to Newfoundland.  European Golden Plover is the most regular and most numerous species.  It is found almost every spring somewhere in eastern Newfoundland but in good years there can be several hundred with single flocks of up to 60 birds. Black-tailed Godwit is a distant second in abundance, followed by Eurasian Whimbrel and Common Redshank.  The peak period is 20 April to 10 May.

There is mildly promising weather for some Icelandic birds in the next week but the winds are actually surprisingly good from Spain/France to eastern Newfoundland for the next 48 hours. We have a list of outlandish possibilities that could come from that area which are too crazy reproduce here. 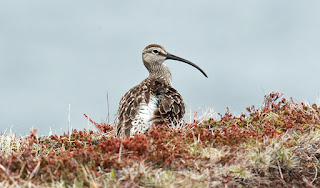 Eurasian Whimbrel at Cape Spear 9 June 2014. It arrived in mid May.

One of two Common Redshanks that were present at Renews beach on 4 May 2014. 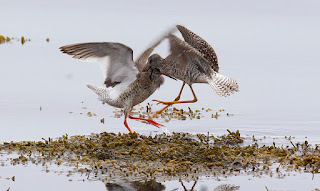 A Greater Yellowlegs challenged the stranger (Common Redshank) at Renews Beach 4 May 2014. It was a brief skirmish. The redshank held its ground and did not fly away but went back to feeding soon as the yellowlegs let go. 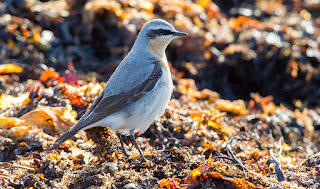 Sometimes Northern Wheatears add a bit of variety during an Icelandic vagrant show composed mainly of shorebirds. May 2014 at Renews. 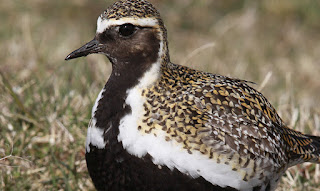 It does not matter how many times you see them in Newfoundland  the first one that lands in the spring is a big thrill.  European Golden Plovers WILL happen again. Will spring 2017 be another big influx???  Photo: early May 2014 Renews.


Not all birds of European origin arrive in Newfoundland flying directly across the Atlantic in spring. Some are thought to have flown across the Atlantic Ocean farther south, perhaps from western Africa during fall or winter.  After finding a winter refuge in say the Caribbean it is theorized that such birds fly north through North America in spring.  I am sold on this theory for explaining birds like the two pictured below. Both showed up in mid day during clear blue skies and strong west winds. 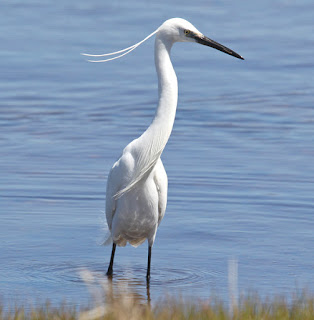 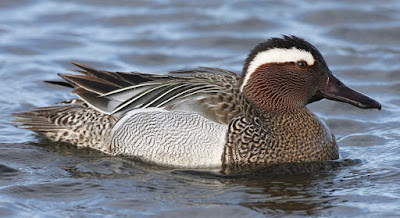 Posted by Bruce Mactavish at 17:24