Summer is a good time to be a birder on the Avalon Peninsula of Newfoundland. The capelin arrive in enormous volumes to spawn on the beaches and near shore. Great Shearwaters and Sooty Shearwaters from the Southern Hemisphere depend on the summer capelin crop in Newfoundland waters to gorge on while going through a quick moult.

Getting out in a boat among the shearwaters is a photographer's dream.  It not as easy as ABC. Ian Jones has been a source in recent years. He owns a high tech watercraft, perhaps meant more for freshwater ponds than the open Atlantic, but still is quite functional on the ocean in relatively civil conditions.  I was fortunate to get out with Ian and Jeannine Winkel on 4 July 2020 off St. Vincent's Beach and St Shotts.

Shearwaters numbers had dropped over night and those we found were more in resting mode than feeding.  The most action was in choppy waters off St Shotts. Overall the nearly 2,000 shearwaters, mainly Sooty with <10% Greats made for an OK trip.  Below are some photos from the trip. Most of the Sootys were in heavy moult. The few in pristine condition were birds hatched in the most recent nesting season, during our winter. 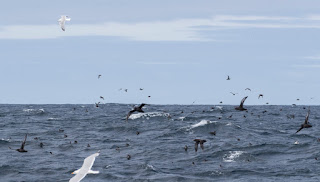 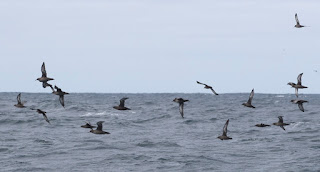 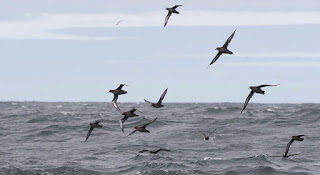 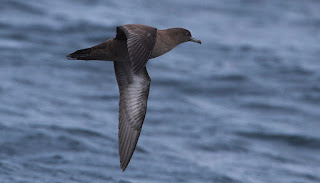 The neat and complete feathering in the wings shows this is a Sooty Shearwater fledged this past winter in the Southern Hemisphere nesting area. 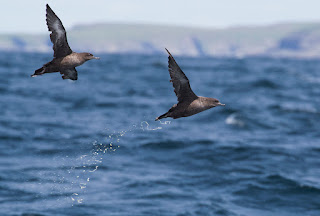 Most of the Sooty Shearwaters showed heavy wing moult. These would be the adults. 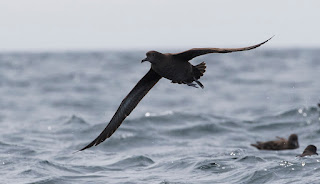 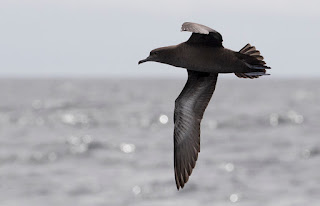 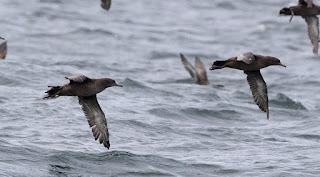 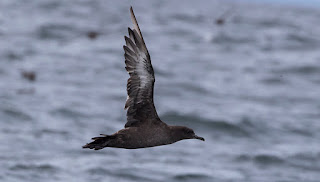 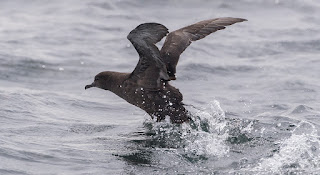 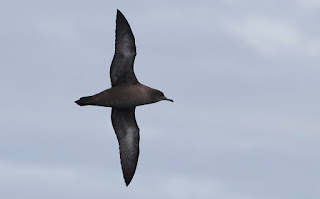 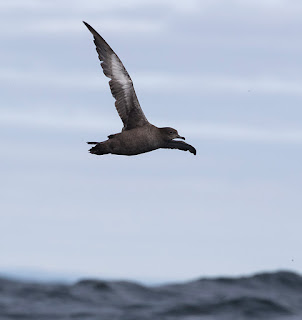 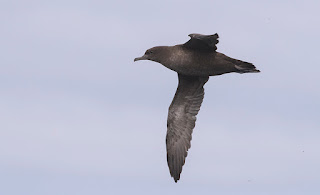 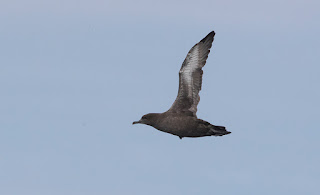 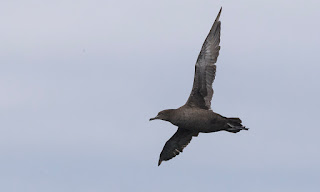 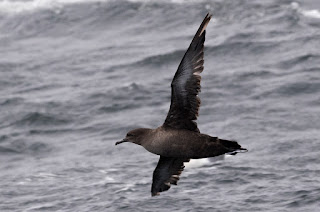 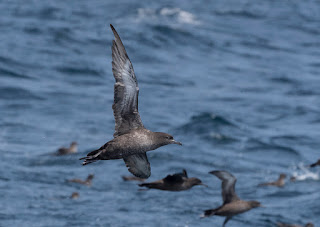 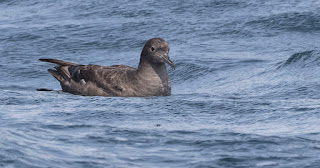 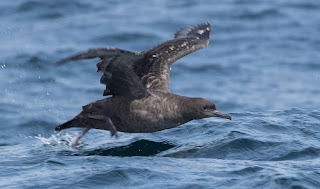 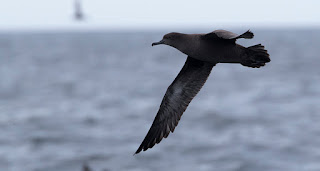 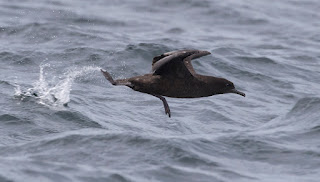 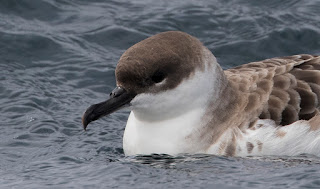 The Great Shearwaters were much tamer than the Sootys allowing close approach with the boat. 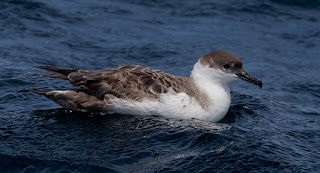 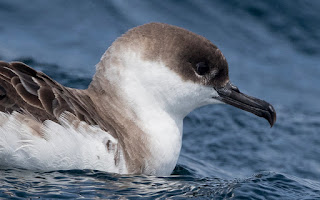 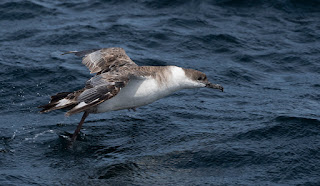 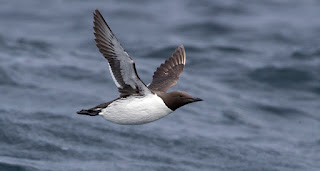 Common Murres and Atlantic Puffins were flying by regularly. 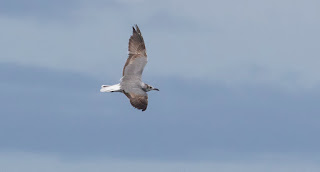 A rare Laughing Gull was cruising 3 km south of St Shotts. A handful show up on the Avalon Peninsula each summer. 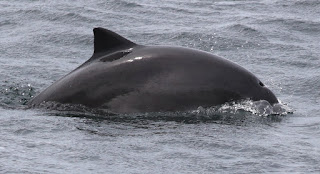 Humpback, minke and fin whales were present but the photo of the expedition was this harbour porpoise. Not rare but not easy to get close to and difficult to photograph in Newfoundland. A small group investigated the boat.

Posted by Bruce Mactavish at 17:25