Common Greenshank was an uncommon but widespread species during my February visit to Ireland. It was present most places that there were many shorebirds but usually in ones or twos or a handful at best. They resemble a Greater Yellowlegs in their actions though not nearly as noisy. Common Greenshank does not breed in Iceland meaning the species has to stray from mainland Europe to reach Newfoundland. There are just two Newfoundland records: 1) 3 December 1983 to 2 February 1985 and 2) 27-29 May 2001. Both birds are amazingly from the same location at Harbour Grace, Conception Bay.  If it happens again you don't want to miss it. It will always be an extremely bird in Newfoundland and eastern North America. 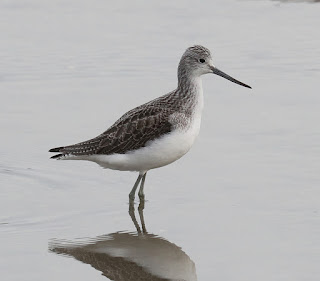 A Common Greenshank flanked by Black-tailed Godwit and Common Redshank. 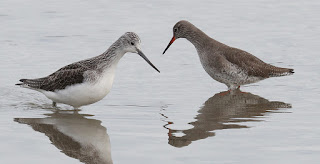 Common Greenshanks are bigger than a Common Redshank and stand up to or ignore all stare-downs or bullying attempts by its feisty relative. 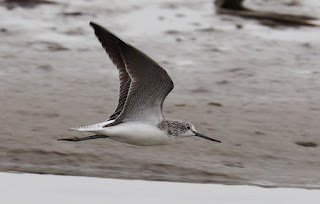 Just of glimpse of the white wedge up the back. 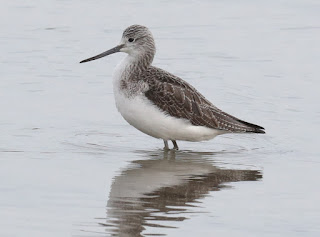 A Common Greenshank could slip under the radar of a carefree scan of a coastal inlet. They are similar in size, structure and feeding habits to the ubiquitous Newfoundland Greater Yellowlegs.  Even without seeing the legs the whiter underlay to the head and neck markings of a Greenshank stands out from the darker gray and browns of the head and neck of the Greater Yellowlegs. Overall the Greenshank is much whiter and pale gray. 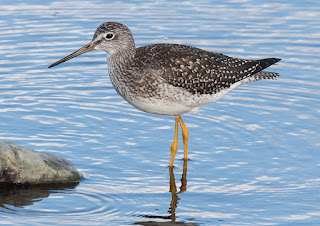 A Newfoundland Greater Yellowlegs on 27 October 2018.

The Common Redshank is a very successful bird being found in good numbers everywhere there are shorebirds in winter in Ireland. So common that it wasn't until I got home that I realized I all but forgot to take pictures of them.  There have been eight Common Redshanks in Newfoundland. All of them spring, though one found in March may have actually overwintered.  Common Redshank is an Icelandic breeder and certainly a bird Newfoundland will see more of during spring influxes of Icelandic overshoots. 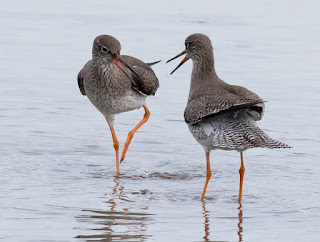 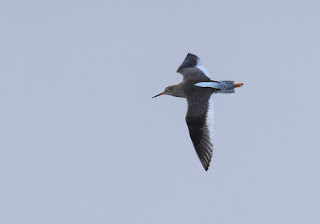 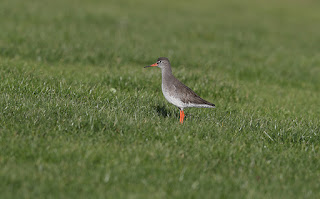 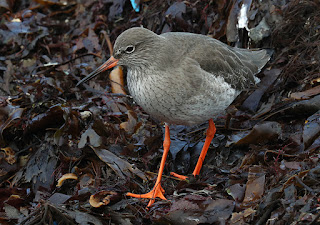 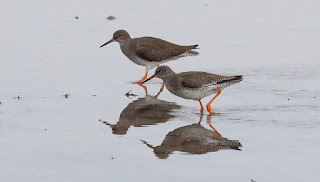 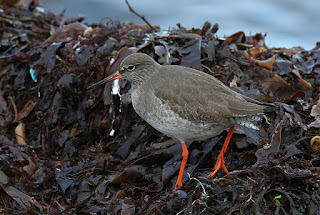