Skipped Day IV of the White-winged Tern show at Chamberlain's Pond and birded elsewhere for the day but on Sunday had to go back for more.  John Wells and I drove out for the tern watch and were part of a small crowd that got a great show 09:30 - 12:00. It waits for the temperature to warm up enough for the flies to come to life.  One wonders what will happen when day time highs temperatures drop this week to below 20C. Even Common  Terns were noticeably less numerous than five days earlier.

The pictures all start to look the same after a while but it is hard to stop.  The overcast light produced a black and white look to some. Frustrations reigned universal on getting an Autofocus fix on the bird. But those using only binoculars were happy with the close passes. 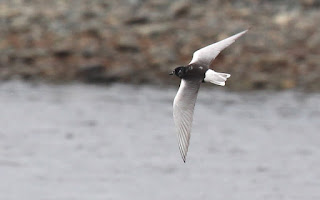 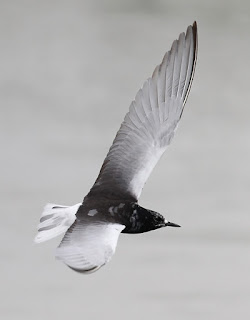 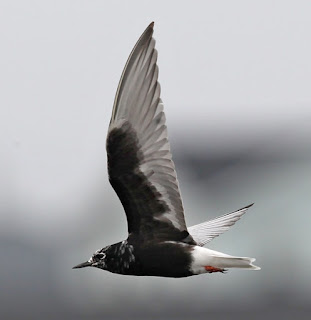 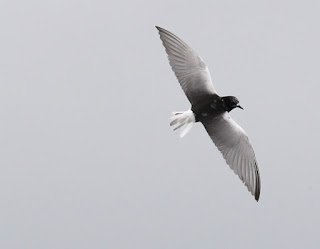 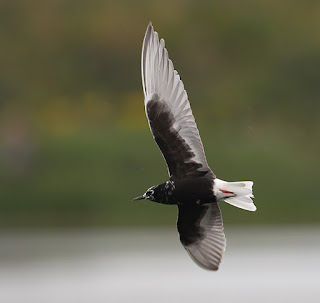 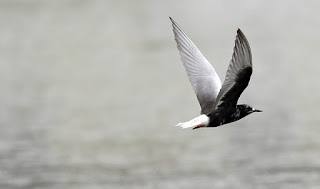 Posted by Bruce Mactavish at 09:27