Some other gulls that have been in this same parking lot in past winters. 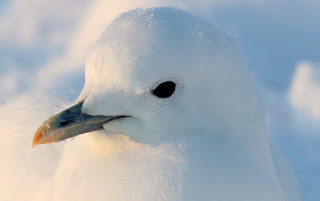 This adult Ivory Gull spent two weeks in winter 2008 at Quidi Vidi Lake, St. John's. Here it is first thing in the morning, still with an overnight frosting, waiting to be fed moose sausages. 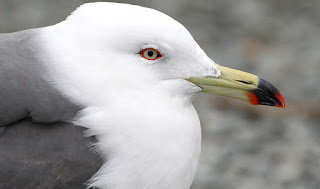 This Black-tailed Gull was a permanent fixture at Quidi Vidi Lake Dec 2010-April 2011 where it became very tame and eagerly accepted food handouts at the parking lot.

Posted by Bruce Mactavish at 00:56