No Kelp Gulls. Just Dolphin Gull, Brown-hooded Gull and Gray Gull.  See previous posting for Kelp Gull pictures. As I said in the previous post, gulls were only a side dish of gravy compared to the main course of pelagic birding on this trip but gravy was so rich.

Dolphin Gull was seen on the Falklands and during single day visits to Ushuaia, Argentina and Punta Arenas, Chile.  The encounters were short lived but total indulgence. Gray Gull was but a four hour visit to the beach area on the south side of the main port at San Antonio, Chile, a port for the inland capital of Santiago. 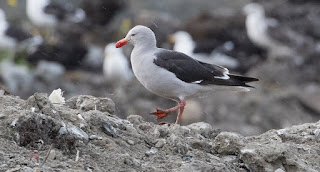 The Dolphin Gull is a stunner. Is that bill for real?  At times it looks soft and waxy. This is an adult at Ushuaia, Argentina. 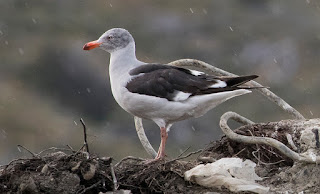 The gray head and dusky tip to the bill make this a 2nd summer bird, meaning was  hatched in January 2018. 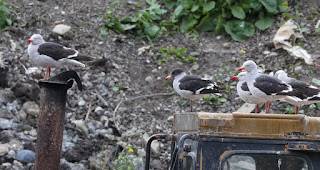 The bird in the middle with the coal -dusted head and pink bill with blackish tip is probably a one year old bird. The picture was taken on 1 Feb 2020 so the bird should have been hatched in January 2019. I think my calculations are correct. All the birds around it are adults.  Ushuaia, Argentina 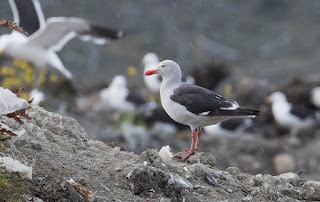 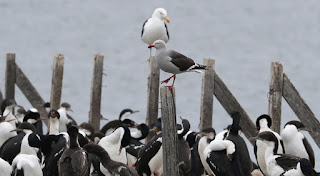 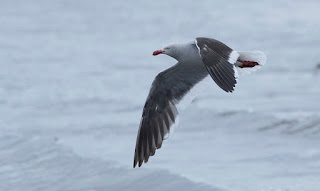 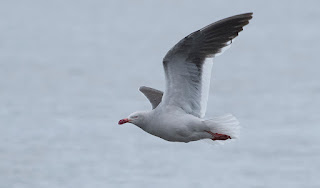 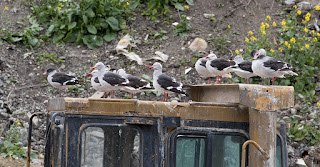 The Brown-headed Gull of South America is very similar to the Black-headed Gull from Eurasian.  The adult shows more extensive black on the  underside of the primaries with a white wedge across the ends of P7-10.   The upper surface of the wing is similar to a Black-headed. 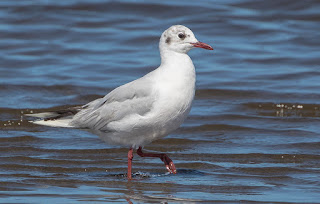 This adult Brown-hooded Gull is so much like a Common Black-headed Gull. 6 Feb 2020, San Antonio, Chile 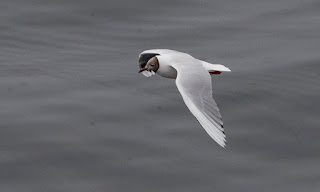 This bird was the exception in having in still having a dark hood and intact primaries.  2 Feb 2020, Punta Arenas, Chile. 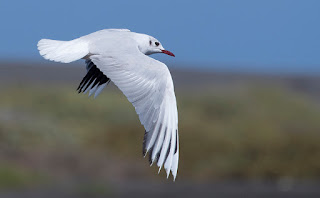 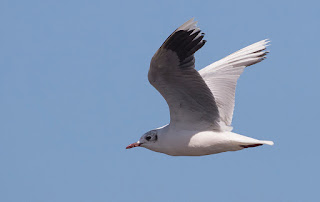 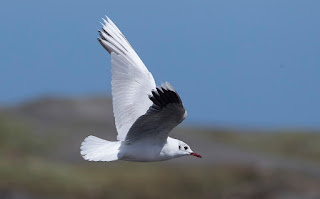 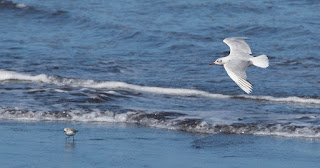 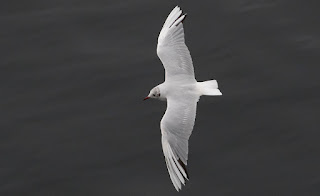 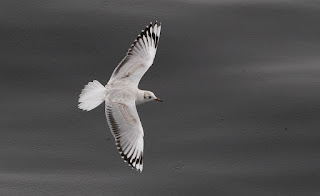 Juvenile Brown-hooded Gull,  Note the conspicuous white tips to the primaries. This is lacking on Black-headed Gulls of the same age. 2 Feb 2020, Punta Arenas, Chile. 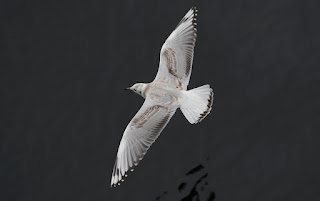 Juvenile Brown-hooded Gull.  Most had dark tail band like this one but some had wholly or mostly white tails . 2 Feb 2020, Punta Arenas, Chile.

The Gray Gull is a beautiful bird. It has a restricted range for a gull. It nests on inland lakes of the Atacama Desert inland in northern Chile. Sub-adults and adults in the non breeding season occur along the coast of Peru and Chile. My four hour encounter with the species on a beach just south of the port of San Antonio, Chile on 6 Feb 2020 reminded me of seeing Laughing Gulls on the beaches of the east coast of the USA.

Gray Gulls loafing on the beach. 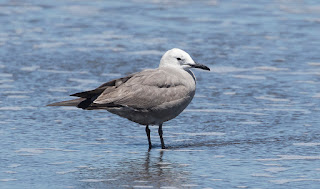 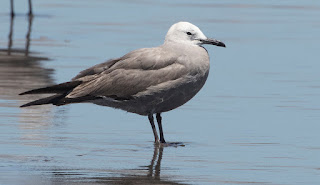 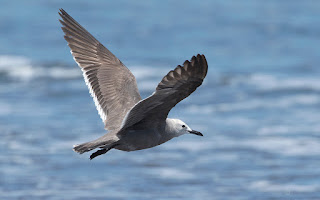 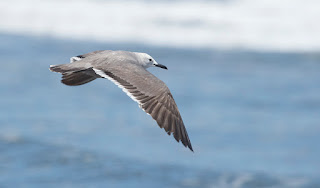 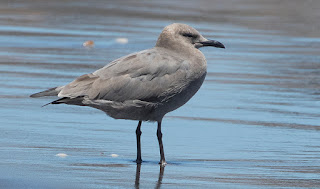 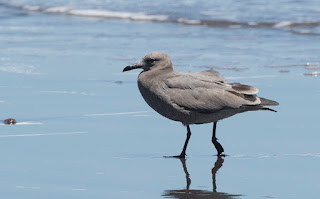 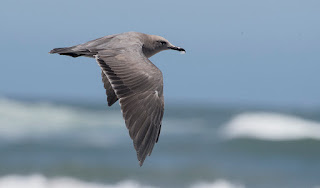 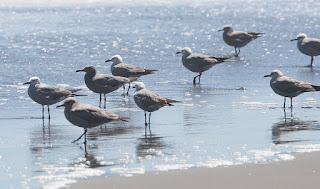 Gray Gulls on the beach waiting for the right wave.

When a receding wave draws down the water the Gray Gulls spring into action catching unseen critters exposed briefly before the next wave rolls in.