Diane Collins posted a photograph of an unfamiliar bird she saw in her home town of Elliston, Bonavista Peninsula on the Newfoundland Birding Facebook page. The striking black and white bird with a carrot for a bill immediately caught the attention of knowledgeable birders. It was a EURASIAN OYSTERCATCHER. Just the fifth record for Newfoundland. The other four records are listed below.

It was just last spring that we all enjoyed a Eurasian Oystercatcher at Lushes Bight.  Details and pictures on this blog posting  http://brucemactavish1.blogspot.com/2019/05/euro-oyc-on-20-may-2019-4-for.html

Winds during the week leading up to the discovery of the Elliston bird were right for a European vagrant in being moderate in a direct line from southern England & France area to Newfoundland.  The best winds for European shorebirds migrating from Ireland to Iceland are strong NE. Some of us were already thinking that if anything came out of this it would be a strong flier like an oystercatcher or Gray Heron. We are still waiting for the latter to be reported.

In times of the covid-19 maelstrom a rare bird chase was not an automatic reaction. Some people thought it best to follow the advice of the Prime Minister of Canada and stay home. While others weighed in the realistic side of making human contact on such an adventure and were in the car before dawn the next morning for the 320 km ride from St. John's to Elliston.  I was a first responder.  I won't say who else might have been there but it was strange to all be driving in our own cars.

The bird was easy to find, though could disappear for periods of time. 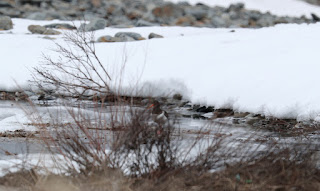 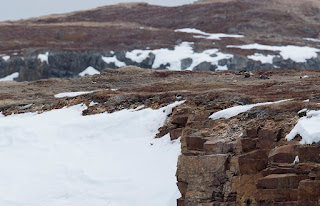 An hour later pictures were still less than satisfying. Getting great pictures of rarities is often the result of luck, patience, luck and anticipating what the bird is likely to do next. 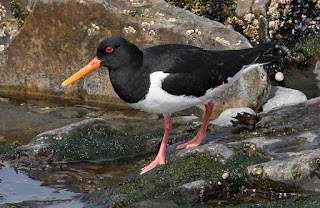 Finally things lined up. The lighting was never so perfect on a rarity. 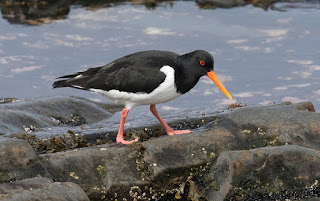 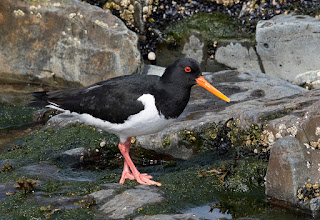 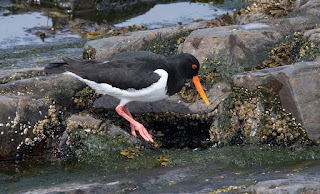 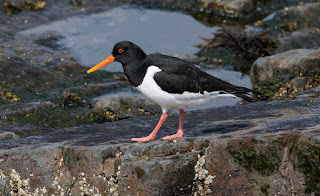 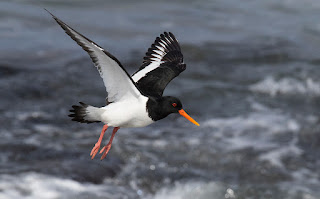 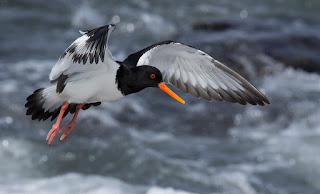 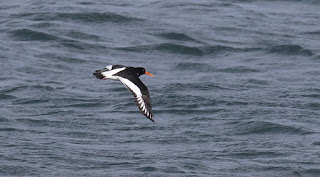 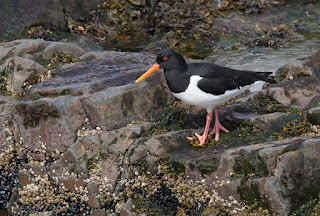 The bird was feeding well. It has no competition for digging around in the tidal rocks for mussels and other odds & ends. It was still being seen today as I type on 8 April.

Posted by Bruce Mactavish at 17:54