THE GRAND PRIZE OF LOONS 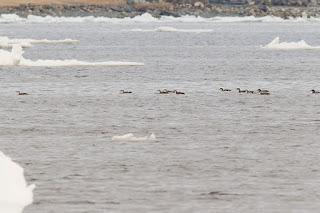 Full frame with a 840 mm lens and the loons are still far away. The Yellow-billed Loon is 4th from the left.  Note istlooks browner among these Common Loons.

More hints at the pale face and yellow bill.

Beside the yellow bill the large head size compared to the Common Loons is apparent here.

Compare the large pale face and bill colour and shape with the Common Loons.

From behind the pale face can be seen on both sides of the head unlike the Common Loons present. 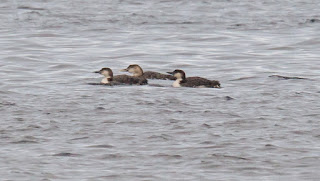 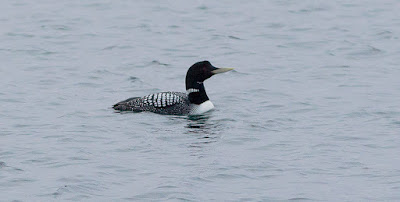 ADDENDUM
Here is an improved version of Peter Shelton's Yellow-billed Loon from 11 April 2017 at Trepassey, Newfoundland.  There is no arguing with that bill. 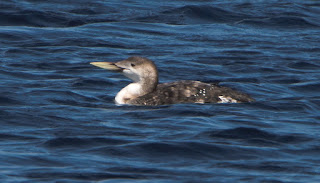 Posted by Bruce Mactavish at 15:53