With the end of the Christmas holidays frighteningly near I woke up at 3 am realizing that if I was going to fit in a Cape Race trip it was going to have to be now. Weather forecast was not ideal. Heavy wet snow and drizzle until noon. The two hour drive on slushy roads turned into a longer drive meaning I wasn't going to make it to the lighthouse to start the seawatch at dawn.  So I made use of the dawn time to bird along the Cape Race road.  Intriguing were the small flocks of robins flying over the snowy barrens. They has been nearly no robins this winter due to a complete lack of dogberries. Scouring robins during a winter of severe scarcity greatly improves the chances of finding a Euro Turdus. Kind of like concentrating the flavour of ice wine by freezing grapes to rid the fruit of rift-raft. Every robin got looked at in triplicate. I'd like to do it again. Surely there is a Redwing to be found down that way.

The day was OK. As always it fills good to be on the Cape Race road. Seawatching was a bust due to poor viz through the huge wet snow flakes. Two immature King Eiders just off the lighthouse were so typical of this location. Cliff's feeder at the lighthouse was a little oasis of juncos and goldfinches. An American Tree Sparrow was a nice bird for the January list.

The day extended to Biscay Bay and Powles Head. There were plenty of Purple Sandpipers, lots of Common Eiders and guillemots, all three scoters, two species each of grebes and loons. Overall an enriching day in spite of two thirds of the day lost to wet snow. 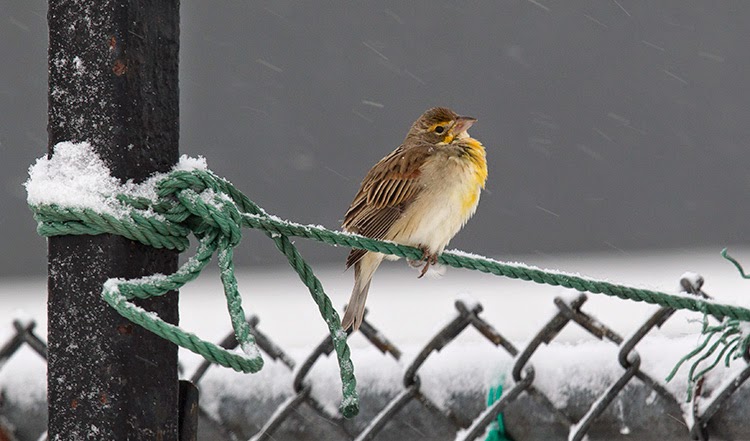 This Dickcissel has been hanging out with House Sparrows at Portugal Cove South since November. The immature bird has never known the warm winters of the tropics that his cousins are enjoying today. 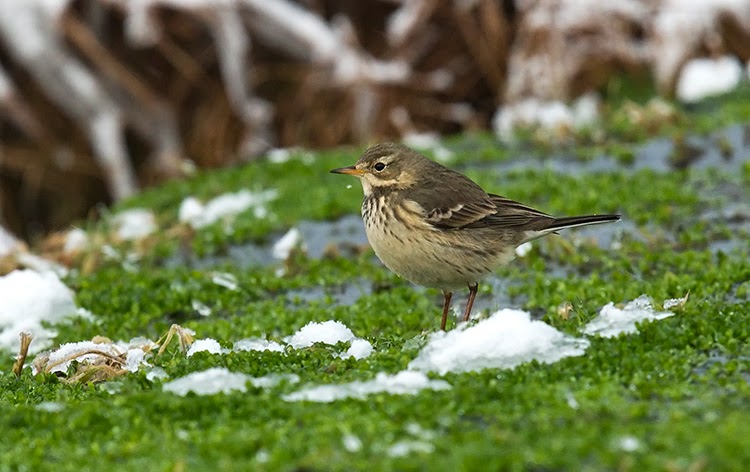 As always there are a few American Pipits to be found through the winter at select locations along the Cape Race Road. 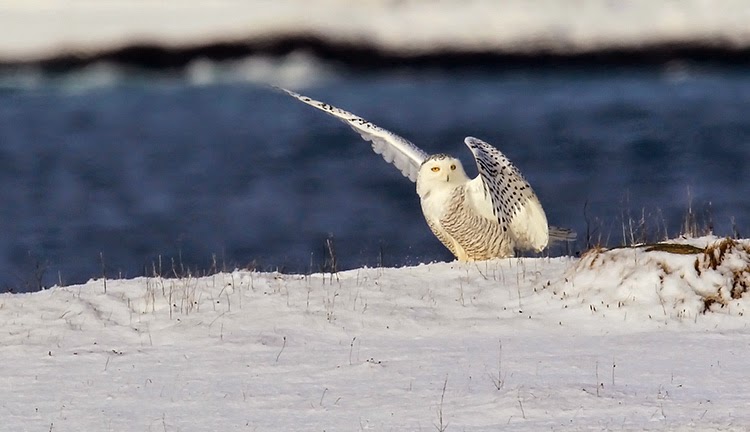 The sun popped out around Daley's Cove on the way back showing off this Snowy Owl (one of two for the day) that was active by the road at midday. 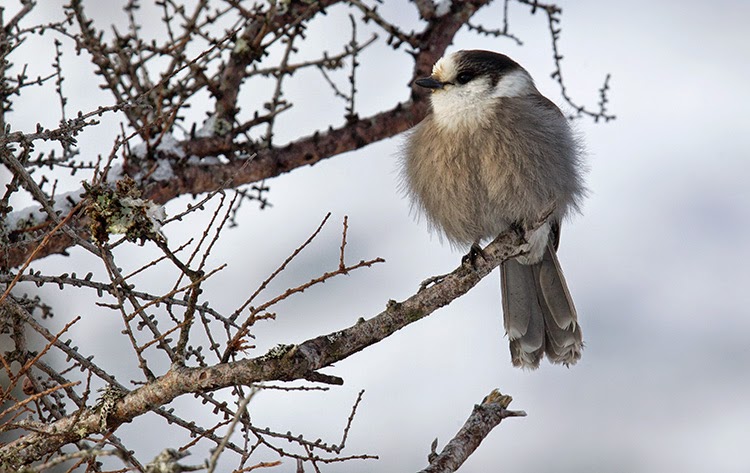 Driving home over the Cappahayden Barrens I stopped to look at a group of four Gray Jays hunting by the road. I threw out pieces of Christmas cake (dark and light with icing) for them. It was ignored.  I am always amazed at how Gray Jays survive through the winter in spruce, larch and fir trees. I am sure it is documented in the scientific literature.