Birds Eat As per Normal in a White Out

It was a very rough day to be out birding with Ontario visitors Bruce Di Labio and Ron Hoffe. The forecast was correct with the snow squall warnings for the Southern Avalon Peninsula. Gale force winds, -10C and 20 minute intensive snow squalls between two minute breaks of partial visibility were impossible birding conditions. The visitors were happy with point blank views of two Dovekies feeding within 15 meters of the van at O'Donnells. There would have been no second choice for bird of their day. For me close up starlings feeding on waste fish offal in a fish tub at O'Donnells was a rare photo opportunity. Had I been there by myself I could have easily spent  an hour getting superb photos of the starlings collecting in clumps out of the wind behind crab pots in the strong early morning light. The birds were taking full advantage of what ever was in one of the fish tubs on the wharf. A field day for them in the storm.

The only other bird I photographed this day was a Common Loon that started fishing near the wharf in Trepassey as we ate our lunch. It was getting its lunch while we ate ours. The wind and snow probable had little effect on its lunch catching abilities. 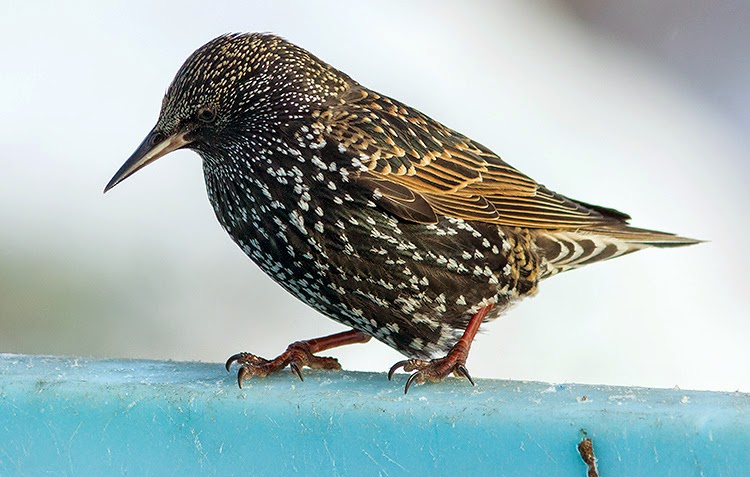 This starling eyeing the contents of a fish box on the wharf at O'Donnells, St Mary's Bay, NF was just one of dozens feasting on something good during the cold west winds and heavy snow squalls. 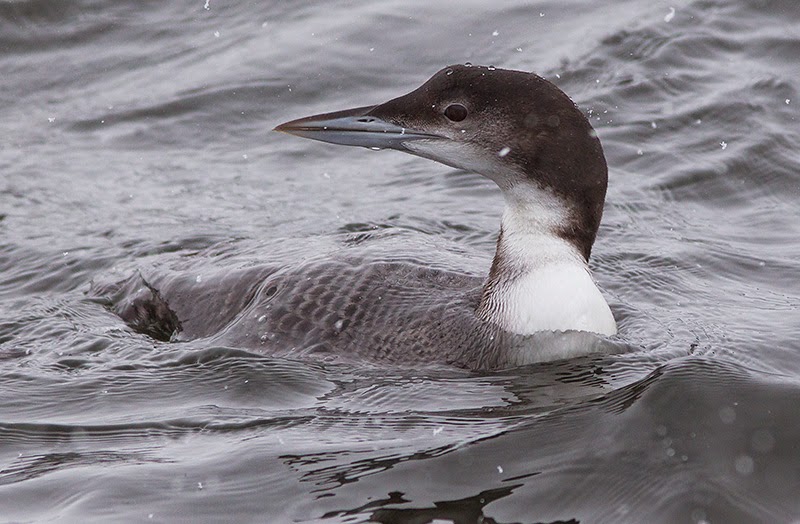 A Common Loon surfacing next to the Trepassey wharf was surprised to see some kind of camera lens pointed at it. In the time couple of seconds it took for the loon to size up the situation and perform an escape the area dive, the bird was shot many times over in a digital way.